Kevin Lyman Did a TED Talk, So Listen Up

I’ve been waiting for this for a very long time: Kevin Lyman gave a speech at TedxCPP and it was fantastic. The talk covered a bit of his early years and how he got into touring, 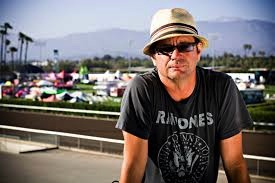 but on a much more important note, he talked about the dangers that threaten festival culture. He discussed the different age groups and life changes. It’s a wonderful speech for people who are getting too old for things like Warped Tour and Cochella. Basically, you get to see, again, why Kevin Lyman is so fan-freaking-tastic. The link to the video is below and his talk is from 2:48:00 – 3:00:00.

Warped Tour Proves Us All Wrong

Speaking of Kevin Lyman… A couple of months ago, mainly with the announcement of Riff-Raff, Warped’s lineup received one too many complaints to be considered okay. Everyone’s a critic, as they say, but I am so happy that with this weeks announcement, and the leak (praying it is real) that once again, Kevin Lyman and the Warped Tour team said, “Haha screw you, we know we’re awesome, just wait.” Basically, Warped is a fantastic contribution to this scene and usually saves the best for last, or just for when they feel like announcing it. With the announcement of Man Overboard, and the leak of Pierce The Veil maybe being on board, this honestly looks like one of the best years of Warped I’ll probably ever go to. I will again say this is my last year. I have to grow up now.” But come 2016… I’ll probably be back… again. 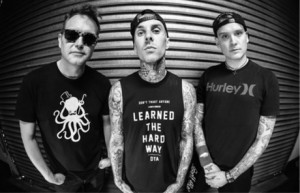 I’m too invested in this saga, if you couldn’t tell. But in all honesty, this week Travis Barker posted the first photo of Blink with Matt Skiba, and it was a relieving feeling to me. On top of announcing a small show with A Day To Remember, and giving us all big hopes for their next album, Travis also outdid himself in his talk with Yahoo Music. He told them he wasn’t mad at He-Who-Shall-Not-Be-Named, (oh yeah, I went there), and that he just wants everyone to be happy with what they’re doing. So basically, Travis is still embodying everything that Blink ever stood for, and we can look forward to actually moving forward with all of this.

This week, Billie Joe announced he would be opening a guitar store in Oakland next month. 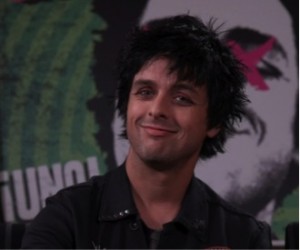 Apparently, being in a movie, Green Day, being a dad, and whatever else he does in his spare time (creating musicals, making us all look bad, etc.) doesn’t keep him busy enough. In all seriousness, he seems to be very set about opening the shop and making it a place where musicians can really shop. According to his business partner, Bill Schnieder, there will be about 25 guitars on the walls, most of them from his and BIllie’s own personal collections. NEAT.

Two of my oldest and favorite bands released new music this week that made me a little bit weak in the knees. Between The Maine’s “Miles Away” and All Time Low’s “Kids In The Dark”, I was completely blown away. So this week, I just wanted to remind all of you that sometimes your favorite bands are going to put things out there that you don’t like, but they never stray for too long.

I’m absolutely in love with both of these songs, they have me feeling like I’m 15 again, watching The Maine open for All Time Low when Can’t Stop Won’t Stop and So Wrong It’s Right were the full-lengths du jour. I’m a giddy teenager again. DON’T JUDGE ME. Check them both out below and try to get them out of your head–I dare you.