Sledding With Tigers Made an Album Based On Space Jam, and I Don’t Need Anything Else

My name is Shelby Chargin and I am a Space Jam addict. This week, the band Sledding With 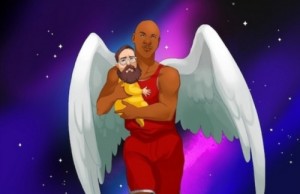 Tigers announced the release date for their Space Jam album… really. Basically, a year ago they said they would make an album based on THE GREATEST MOVIE OF ALL TIME TO EVER EXIST IN THE HISTORY OF EVER, if a tweet of theirs to save a local venue got 1,000 retweets. Spoiler alert: It did. So, they made good on their promise and you can now buy the album ON CASSETTE. Space Jamis my all time favorite movie, and I never understood how it didn’t win an Oscar. And now, a pop-punk band has made an album about it, so two of my favorite things have officially combined. Please go purchase the pre-order for this album, out July 28th, and listen to “Take It From Me, Michael Jordan.”

Mary Bonney, a writer for the LAMusicBlog wrote a great article about being a female journalist in music. It’s really insightful and very helpful to see that there are a lot of challenges girls like Mary, and myself, face writing about music. Being that there aren’t a lot of opportunities to see women speaking out like this so blatantly, I think it’s important we highlight it, and make it into big news. There are awesome girls in this industry, we just have to know where to find them, and how to treat them with the respect they deserve.

Theft On Warped Tour Is A Real Problem This Year 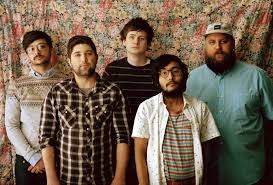 This is becoming a huge issue. Last week, Foxing’s trailer was stolen. Everything from clothes, equipment, and other personal items were taken from them. I’ve also seen a few tweets from people about stealing merch people’s tip jars. Basically, if you are a rat and trying to steal from a band who is working very hard on what is arguably one of the most difficult tours out there, do us all a favor and don’t go. Don’t steal from people. Musicians don’t make a lot of money in earlier parts of their careers, which means their crews make even less. If you’re a good human and want to help out, if you see something happening, SAY SOMETHING. If you want to donate to Foxing’s cause, head to [email protected] for PayPal donations. Don’t be a jerk, don’t take things that aren’t yours. You’re not in pre-school and these people don’t deserve it.

Well, I’m sure you can guess it’s about Front Porch Step. A couple months back, I wrote a reply in this section of ICYMI about FPS, and this week I’m going to do the same. This is a subject I feel strongly about, and although I am disappointed in Kevin Lyman for allowing this week to go down the way it did, I’m going to share the same thoughts with you that I did with my idobi team.

When it comes down to it, everyone has a responsibility. The victim should report it. The parents 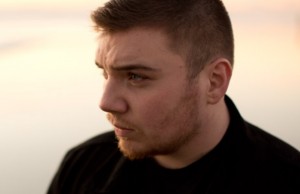 and people of age who can be trusted should be working to prevent it, and the peers should be acknowledging it. Warped Tour, the bands on it, not even idobi, would exist without the fans, and part of that exchange is the guaranteeing of the safety of concert goers, radio listeners, and fanbase members. If that safety is threatened, like it is in this case, everyone has an obligation to stand up against it. Not necessarily by ruining his life but taking away the easy access he has to such a young fanbase. The issue here isn’t whether he was convicted of a crime, it’s if we’re willing to risk another victim.

I’m standing my ground, here. I believe that we all have a responsibility to make a change in our community. I want girls of all ages to know it’s okay to go to the authorities, and if they aren’t handling it properly, it’s okay to stand up for themselves and demand to see someone who WILL take it seriously. This conversation has gone on long enough. Jake no longer has a place here. Warped Tour and Kevin Lyman have a responsibility to those paying to be there first and foremost, and not to the people who are being paid to be on it. So, when it comes down to it, there isn’t ONE simple solution. It’s many simple solutions combined to form a complex, well thought out, and safe solution in which we can all feel better.  You’re not going to solve these problems by making one person an example. You have to apply it all the time, every time, or else this can and will happen again.