Tom Delonge Did A Thing, And I’m Mad About It

This is going to be the title of my book one day. Tom decided to release an album 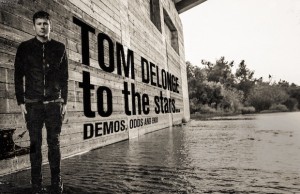 called, To The Stars, comprised mostly of what he says were tunes that were supposed to be Blink-182 songs. I’m honestly ready to tell this dude that he can take his angels and take his airwaves and he can shove them where the sun don’t shine. This is all I can really handle from him, but if you want to perpetuate his ego and pre-order the album, it is available on his website tomdelonge.me. Me, me, me… Pretty sure it’s the only vocal warm up he knows. The album will be released on  April 20th, and three songs will be released throughout the month of March. In the words of Baymax, “Woop woop.”

Within the past few years, the demands of women in this scene have gotten higher and higher, AND, we want to see more women in festivals. Last week, AbsolutePunk.net reported an article from Nashville Scene that showed just how pathetic the number of females at large scale music festivals are. Now, I fully respect the people who put on these festivals, but as a girl who has been attending these festivals for going on seven years, I’m disappointed. I can count ON MY HAND the number of female performers I’ve actually seen at these festivals. I’ve been to Warped Tour, Bamboozle Roadshow 2010 (the mini Warped), Summer Ends Festival, and more. “Female bands aren’t a genre,” AP commenter and staffer, Ryan Dennehy, so kindly pointed out. Girls who are in these rock bands are like space aliens and It’s time to do better. It’s time to take the girls who work hard, stop comparing them to Hayley Williams, (who, by the way, upon receiving a Grammy was appalled that she was the first female singer to receive one in way too many years), and allow them to be their own artists. Women make up the majority of fanbases (just look around at a show), we’re right up front with the guys, and we should be able to feel like we we’re just as welcome on a stage as any male-fronted band.

The Internet Decided To Give Us All A Day Off

If you missed this one, I’m not sure how you function in society. On Thursday, there was a huge 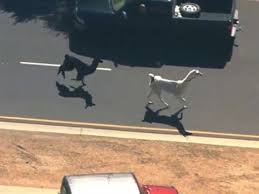 llama outbreak in Arizona. They escaped during a therapy visit to a nursing home. I live about 40 minutes from where the monstrosity took place, and I almost ventured out to go get myself a pet llama. But in all seriousness, llamas running around free in this country is not what we need right now. I mean, what good besides pure joy, everlasting happiness, and random acts of spitting could having llamas roaming free around the country bring? In the midst of all the madness, the internet was losing its shit over a dress that I have officially decided was sent by Tom Delonge and the aliens. So basically, North America shut down completely for a day over llamas and a dress, and I really hope it happens again sometime soon. (And yes, I purposely did NOT use a picture of that stupid dress.)

Adam Lazzara Is Being A Dick About Jesse Lacey… Again 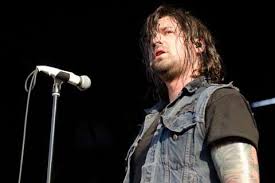 I, like many other people who wishes the throwdown between these two bands would just end, wasn’t entirely shocked but extremely disappointed. Now while this comment has me and my roommate at more odds than the “white and gold vs blue and black” monstrosity of the week, it still kind of sucks that two great bands can’t bury a hatchet older than most of the people who will be in their crowds these days. It’s time to let it go. Elsa is singing for it, I’m demanding it, and the WORLD WOULD REALLY LIKE TO SEE ANOTHER MASHUP OF SEVENTY TIMES SEVEN AND THERE’S NO I IN TEAM. So if we can all be adults now, since, you know, some of you have children, and move on, that’d be awesome. If not, I’m available to check either of you whenever you’d like.

Set Your Goals is one of those wildly unpredictable bands that you can’t help but  love. This week, Matt Wilson really opened up to Lambgoat about the band and the 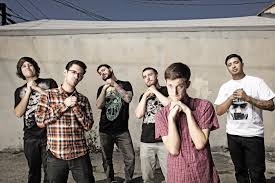 lack of royalties from their album, Mutiny. From losing out on a record deal with Pete Wentz because they broke a monitor, to being tricked into hiring a manager that worked for their label, SYG has been through the ringer. Hey, BANDS, if you’re in a band, you are running a business. Don’t sign contracts without a real lawyer, don’t hire your friends that sort of know what they’re kind of doing. Step up to the plate and be responsible for your financial future. I don’t want to come down too hard on SYG, but really, the items they pointed out in their interview are pretty haphazard mistakes. Not that Eulogy–or any label–has the right to wrongfully take anything (including advantage) of a band–but no one is going to watch your ass like you. And at the very least, as fans, if you know the money isn’t going partially to the band; don’t buy it. Take a stand! Defend our scene. It’s what we do.