Brand New Cannot Do Anything Wrong. Ever. 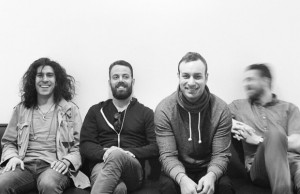 So, they opened their show with a new song and I’m pretty sure I cried over it. Okay, I definitely cried over it. Brand New is making their comeback loud and clear. They’ve posted a new promo picture, wiped everything off their Instagram, presented new music, and played “Soco Amaretto Lime” at their show in Denver. Basically, they said “Hey, look, we’re really back now and we’re going to do all of this and make you cry.” Did I mention I’m seeing them for the first time ever this week? Well, I am. I’m bringing a bucket for my tears. 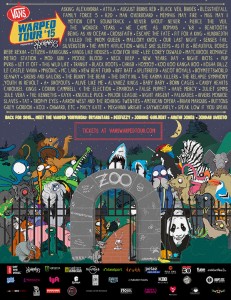 If you happened to be at, or livestreaming, the Warped Tour Kickoff Party this past week, you would have seen some awesome (and terrifying) things. However, the lineup announcements are now complete, and it’s going to be such a fantastic year at Warped. Not only do they have the YouTubers back on tour, they’ve included a comedy tent, and are branching out into more aspects of artistry. Mostly, I’m excited that Knucklepuck and Pierce The Veil (Thank God) are on it. These are some of the best live bands out there, and now we don’t have to complain about Riff Raff. Be prepared to see me this summer, white as a ghost, covered in sunscreen.

All Time Low is at an All Time High

Annnnnd I hate myself for really bad puns. But really, All Time Low’s new album Future Hearts reached the number 2 spot on iTunes in America this week, and it’s an amazing achievement for the scene. They also hit number one of the Official U.K. charts and the first ever Official Vinyl Albums chart, which is also huge. (Seriously if they make any more news I’m going to have to stop writing about them. It’s too much, too much, too much). It’s not often t 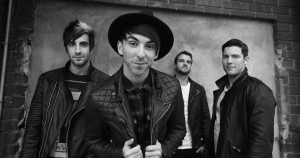 hat a band growing up pop punk is able to chart while being on an indie label. It’s an eye opener that as a scene we are able to make an impact on the music industry. It’s a huge testament to what they’ve done as a band, and what we are able to do as fans. So many people have purchased multiple copies, and I’m hoping it doesn’t slow down. The point of an album like this breaking through is that we are able to be seen as a larger part and impact of the industry, and we can keep pushing. The album is A+ and I already know most of the words, so if you haven’t gotten a copy, pick one up now. Also, congratulations All Time Low! We couldn’t be more proud of you!

The lead singer of Candy Hearts Band decided to rehash the lack of females in festivals issue in an article on Pixable this week. It’s fantastic. She posted graphics of how festivals would look if you took away all of the all-male bands. I know a lot of people have been angered by this, and others are saying we are making something out of nothing, but this is a big deal. The article itself lacks a bit of research, but it’s nice to hear from a performer on one of these festivals that she feels we can do better. Unfortunately, this article caused a large argument on Facebook  — because what else is it used for these days — that ended with people attacking my “dramatic” self. (Because standing up for what I believe in is being dramatic and why men don’t want to work with me.) What was disappointing was the amount of people who felt as though this isn’t a problem. Not every article, or everything said about this issue is going to be presented in the best way, but we need to keep the conversation going. We need to keep pushing and fighting because the scene, music festivals, and music in general are a place that should only know talent, artistry, and hard work. What you have between your legs shouldn’t make a difference.