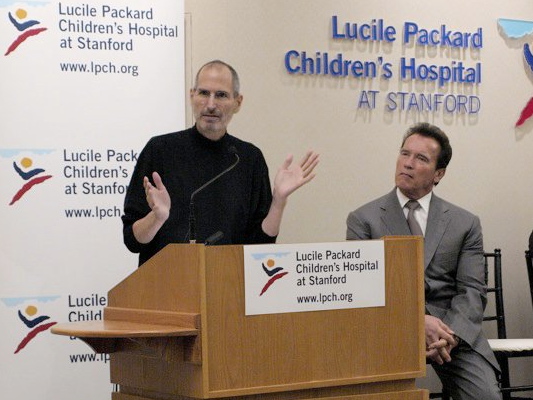 STANFORD, Calif. – If Steve Jobs gets his way, California will become the first U.S. state with a live donor registry for kidney transplants.

The state senate’s health committee will review legislation Wednesday that could make California the first state in the nation to utilize such technology. California drivers will also be required to decide whether they want to be organ donors when they renew their drivers’ licenses.

This second measure alone should double the number of organ transplants available in California, according to Business Insider.

The bill, proposed by state senator Elaine Alquist, is widely expected to sail through the health committee, onto the state senate floor and into law.  Last week, the bill cleared the state senate’s transportation committee with an 8-0 vote. Despite near universal support, the ideas behind the bill had languished for years on the desk of Sen. Elaine Alquist.

In fact, the idea of a registry for living kidney donors only gained enough political support from Alquist’s senate colleagues and the governor to make it into a formal bill this past March thanks to one man: Apple CEO Steve Jobs.

More specifically, the proposed legislation exists today thanks to Steve Jobs’s illness last year and the huge, expensive effort it took for him to find a liver donor.