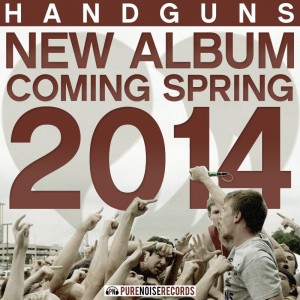 Handguns announced on Twitter today that they will begin recording their new album in  ten days. Their last record, Angst, came out in September of 2012. The band just played a holiday show in Baltimore, Maryland at Charm City Artspace on December 20th, their last show of this year. Their new album is due out sometime this coming spring. Keep your eyes peeled for more details!