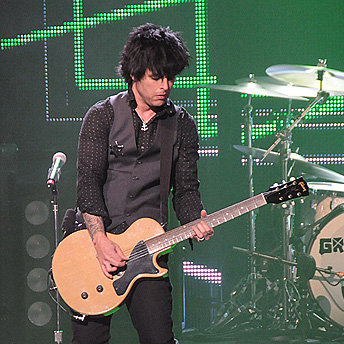 A month and a half after their eighth studio album, 21st Century Breakdown, is released, Green Day will hit the road for their first tour in three years, according to the band’s reps. The North American trek kicks off July 3rd in Seattle and heads to Canada. The 38-date journey wraps August 25th in Los Angeles. The band hasn’t announced any venues yet, but when Rolling Stone first listened to Breakdown, we reported the band was looking to book indoor arenas rather than amphitheatres.

Rolling Stone’s David Fricke reported from one of the band’s warm-up gigs in California last week, writing that Billie Joe Armstrong and Co. only had time for eight rehearsals and two club dates before unleashing their new album on a hometown audience in Oakland. Fricke noted the band is now playing live as a six piece consisting of Armstrong, bassist Mike Dirnt and drummer Tre Cool with guitarist Jason White, keyboardist Jason Freese and guitarist Jeff Matika.