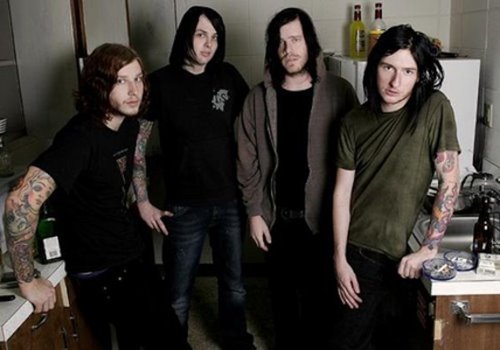 After a series of teasing tweets from members of the band, From First to Last have revealed that they’ll be getting back together. Sadly it’s without Sonny Moore as he’s busy being, you know, Skrillex, but they’ll be releasing a new EP independently sometime next year. They’ve also announced a Kickstarter for $25,000 to fund that EP, and you can read a statement from the band regarding it below.

Over the last 4 years since we announced our hiatus, there have always been people asking me when the band  is going to come back and release new material. What I didn’t realize until not long ago is that the amount of people asking has been growing significantly each year. All of us have been off doing other things, musical and non-musical, but this is the time. I have reached out to the members of the band, and have heard back from many. What is to come from here is something that no one knows, but I do know this: With your support, an AMAZING record is about to be made. The rest of the guys and I  are excited to do something completely and utterly awesome, now more than ever. My goal is to walk away from this thing knowing that  I just made the record of my life.

This record will contain 6 – 7 songs and will feature friends, old and new. I, for one, am ready to make some music that sounds like dragons spitting fire all over godzilla, if you know what I mean! I plan on this being the most epic From First To Last record ever made!

So, if you decide to contribute to this Kickstarter, I just want to say thank you. Thank you for making our dreams possible, for allowing me to create music for over 10 years now, and for showing your love and support through all the ups and downs of this band. I promise, we WILL  NOT let you down.

Tags: From First to Last

Basslines and Protest Signs Part 91: Vaxx Up or Shut Up