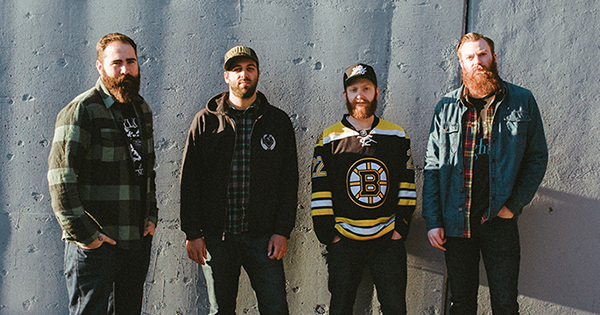 Four Year Strong are streaming the latest single “I’m a Big, Bright Shining Star” from their forthcoming self-titled record. The new album is due out June 2nd through Pure Noise Records, and the new song can be heard below.

The self-titled album will be the band’s fifth full-length studio effort, and was recorded with Kurt Ballou (Every Time I Die, Code Orange Kids) at Godcity Studios in Salem, Massachusetts. The new record embodies the same forceful melodies  as the band’s 2014 EP  Go Down In History, and the final track on the self-titled album is “Go Down In History,” taken from the previous EP. You can also stream another released single “We All Float Down Here.”

Four Year Strong will support The Story So Far on a summer tour, kicking off this Friday in Santa Ana, California. Check out the dates here and be sure to catch a show!