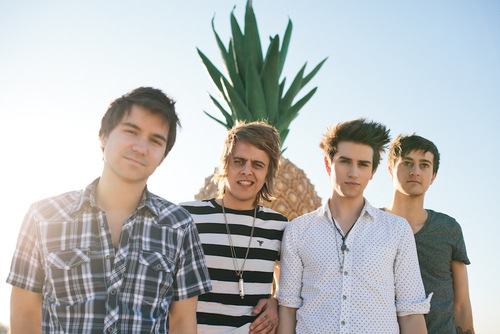 The Downtown fiction are the newest addition to the Fearless Records family. The band plans to release their third studio album with Fearless in early 2014.

The band is incredibly happy about the decision, and Frontman Cameron Leahy says,

“Thank you to everyone for their continued support. We can’t wait to share the new album!”

Along with the signing, The Downtown Fiction has announced that they will support their new label mates Tonight Alive on The Other Side Tour this fall.

Below is the band’s signing video. Check it out, and catch them on tour this year!