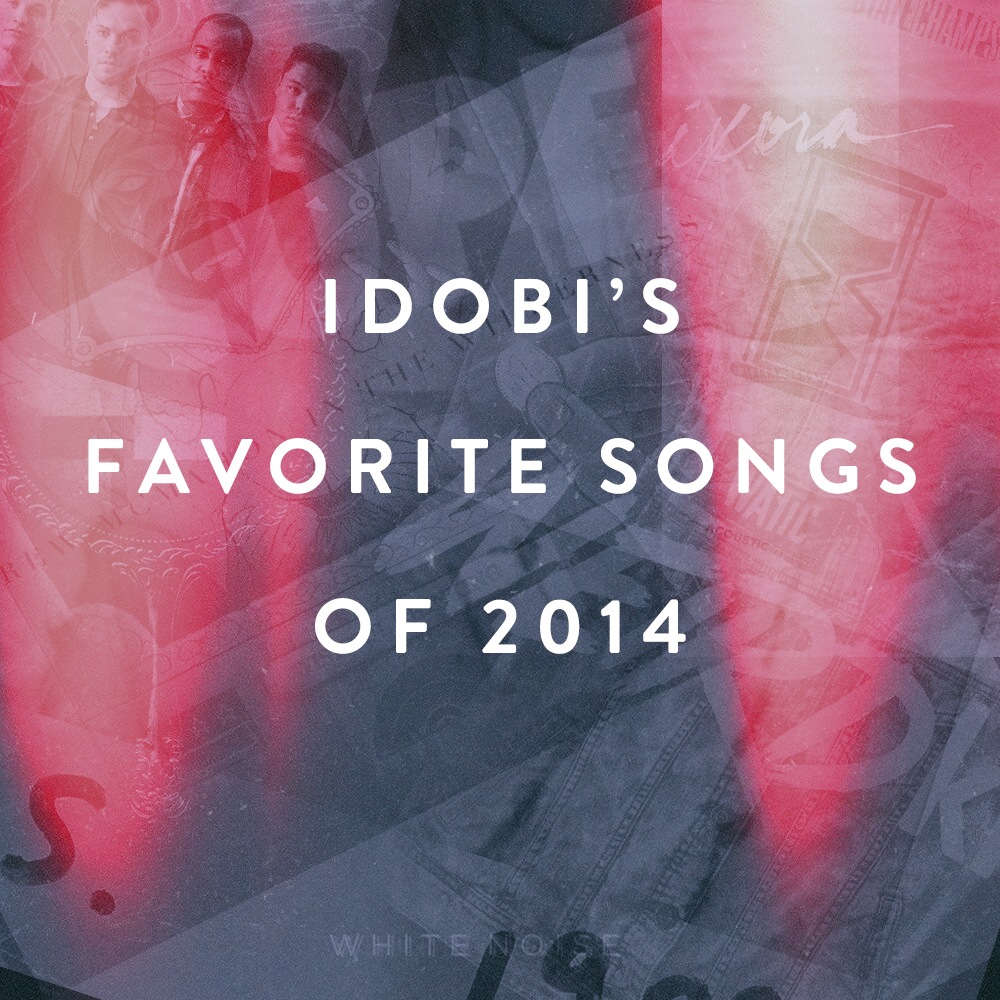 Impossible tasks…for me, picking a single favorite song from 2014 is one of those impossible tasks. From the roar of legends in Fall Out Boy’s “Centuries” to the lovely creeping melody of “Pistols at Dawn” by Seinabo Sey, on to the beachy bounce underscoring Priory’s message driven “Put ‘Em Up.” Then there’s Jon Bellion’s sick lyrical groove on “An Immigrant”: “when you spilled coffee on my J Dilla vinyl, I didn’t even mind. Crazy!” (if you don’t already know, that’s true love). Oh and when “Gold” by Chet Faker comes on, forget about talking to me for 4 mins 45 seconds; I’ll be lost in the atmospheric track and equally addictive hook, because “you gotta know, I’m feeling gold.” I can’t possibly decide. Then again, there’s always one tune that makes you shush everyone around you while you yell, “That’s my jam!” For me, that song is…impossible tasks.

Fortunately, the rest of idobi is far better at making decisions. Here are idobi’s Favorite Songs of 2014. Ooh, and there’s a DJ set to go along with it. Why are you waiting? Press play and read on. Happy, happy, merry, merry!

You can listen to the idobi Megamix 2014 on Spotify (minus Taylor Swift, because, well, you know…), and tune in to hear the Megamix air this Saturday at 12pm ET, and the encore on New Year’s Eve! 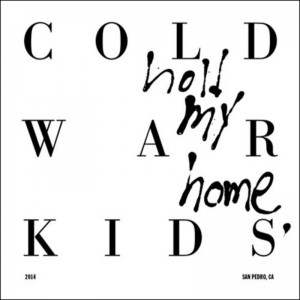 Cold War Kids have been around a long time and I had forgotten about them. And it’s a shame because they don’t get enough credit and exposure. Every album, every single is always catchy and relevant. After seeing them live this summer at a festival, I will never let myself forget about them again.

5 Seconds Of Summer – Amnesia of course.

Bleachers – I Wanna Get Better

Mine would have to be Weezer – Back to the Shack 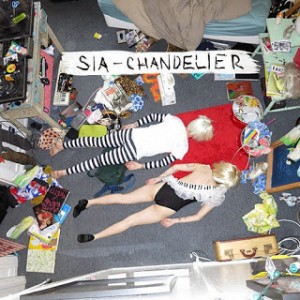 Fantastic pop song that deals with a serious issue in its lyrical content.

Taylor Swift – All You Had To Do Was Stay

Patrick Langlois, Man of the Hour

Mine is Foo Fighters – What Did I Do? / God As My Witness

Andrew McMahon and the Wilderness – All Our Lives 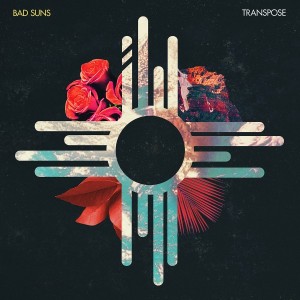 My favorite song is a 3 way tie:

The  Madden Brothers – UR 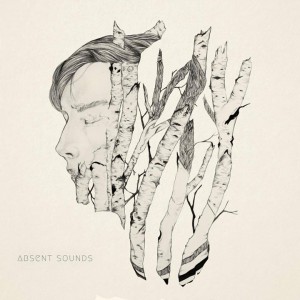 My favorite track of this year is off Absent Sounds by From Indian Lakes. The album as a whole is beautiful, but the track “Runner” specifically is a favorite of mine. The melody is very simple and the lyrics are heartbreaking–but that’s probably why I’m able to listen to it over and over again. Lyrically, it creates strong imagery, but the theme of loss is universal and relatable. It’s what From Indian Lakes does better than most of their peers, and it’s why I love them so much.

Let there be no doubt about my personal devotion to Lagwagon. They introduced me to a world of immensely talented bands that weren’t on the radio or MTV, the only ways people could get free music before the internet. Hang proves Lagwagon is still in touch with the fast, aggressive style that delivered me to punk rock but also advances their sound to incorporate more of the metal and rock vibe they established with Duh in 1992. Picking a best song is a matter of hair splitting so precise it should astonish a nuclear physicist. If someone is twisting my arm I would choose “Obsolete Absolute”. This track has everything: a natural sound intro, narration, and of course the addictive riffs and lyrical melody fans can expect from any Lagwagon song. A quick check at setlist.fm shows Lagwagon opening with this song on their current tour. Maybe they agree with me.

OG Maco – U Guessed It

We know this isn’t exactly a genre fit for idobi, but it’s been an anthem for us this year. Every time we play this in our van or practice space we get so hyped up. We’ve been busy with touring and podcasting this year, so it’s an awesome song for an energy burst. It’s so different from anything happening in music right now. 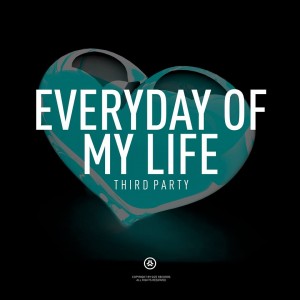 Third Party – Everyday of My Life

Awww man I don’t wanna be the guy who picks an EDM song, but this was my most played song on iTunes this year so I guess that’s the winner? In my defense it was on my running mix and I run a lot! Don’t judge me.

Giving you a few, not sure I can narrow it down to 1. 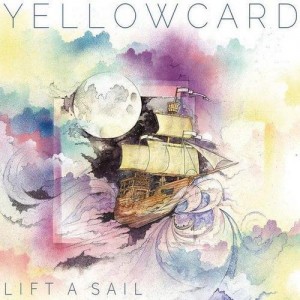 It got to the point where I was told to “please stop talking and just pick one”. Sounds cheesy but I wanted to go with a song that could play at the end of a movie or tv show where a character looks back on their life/year/whatever, and that’s when I came up with Yellowcard’s “One Bedroom”.

After much pondering, I’m going to go with “Photograph” – Ed Sheeran.

I can’t decide…I’m going with “Flicker, Fade” – Taking Back Sunday or “Room to Breathe” –  You Me At Six!

This is like picking your favorite child but… “Montreal” – Major League. 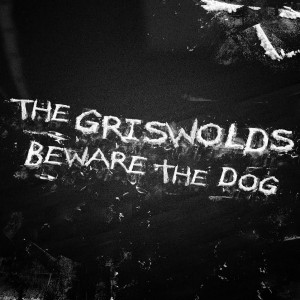 The Griswolds – Beware the Dog

Considering I couldn’t even narrow down my list of favorite songs of the year to less than 70 (listen here if you’re curious!!) this is stupidly difficult. Ugh. Sharing Eleanor Grace’s statement about this being SHOCKING BREAKING NEWS WOW I’m definitely going with “Medicine” from The 1975…or in something less obvious, “Beware the Dog” by The Griswolds.

Matt Nathanson’s “Headphones” stopped me in my tracks the first time I heard it, so I think it’s only fair I go with that.

Royal Blood – Out of the Black

Bleachers – I Wanna Get Better or Kendrick Lamar – i 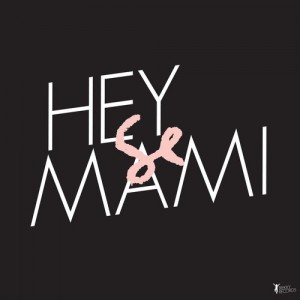 I’m going to have to pick Sylvan Esso “Hey Mami” for my personal pick. Paste Magazine wrote this about it: “The Song of the Year should be one that makes you remember exactly where you were and how you felt when it first graced your senses. It should conjure up even the smallest details of that original moment.” And, I couldn’t agree more. I remember exactly where I was, the moment, and I had to buy the vinyl immediately. Picking “tops” is difficult for me because I have my personal favorites and then the ones who, while may not be my personal favorite, deserve it. So, there ya have it. End rant~

I got two picks:

Tune in to hear the idobi Megamix 2014  air this Saturday at 12pm ET, and again on New Year’s Eve!