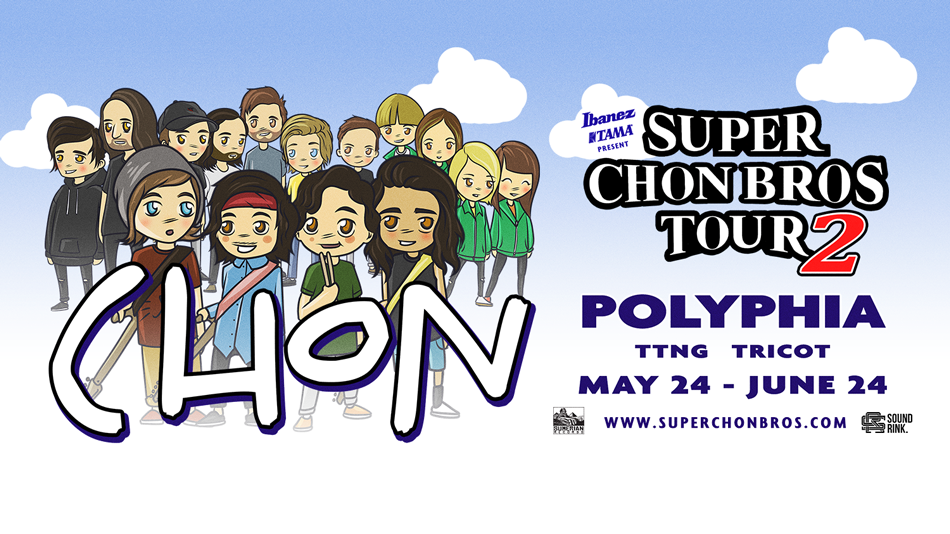 CHON has announced they will be bringing Polyphia, TTNG, and Tricot on the second incarnation of their Super Chon Bros tour this year, starting May 24th. CHON guitarist Mario Camarena said in a statement:

“We’re so happy to be able to do a second Super CHON Bros tour. This time around we wanted to bring out some of our favorite bands from around the world. The first Super CHON Bros tour sold out every single date, so we’re excited to try and do it again.”

CHON, Polyphia, TTNG, and Tricot are all known for their incredible live shows and visual entertainment. If you’re an avid concert goer in the United States, this stacked lineup is for you! Keep scrolling to see the full list of tour dates, and click here for ticket information. 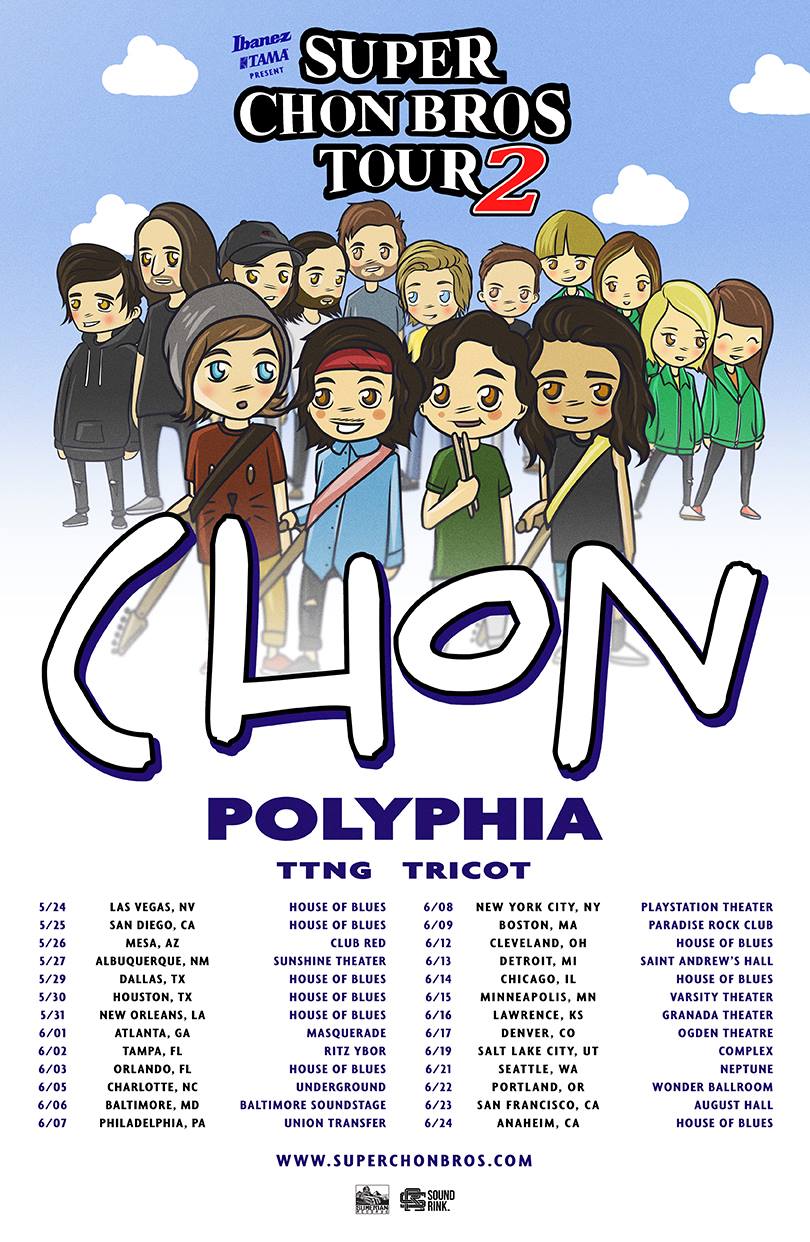