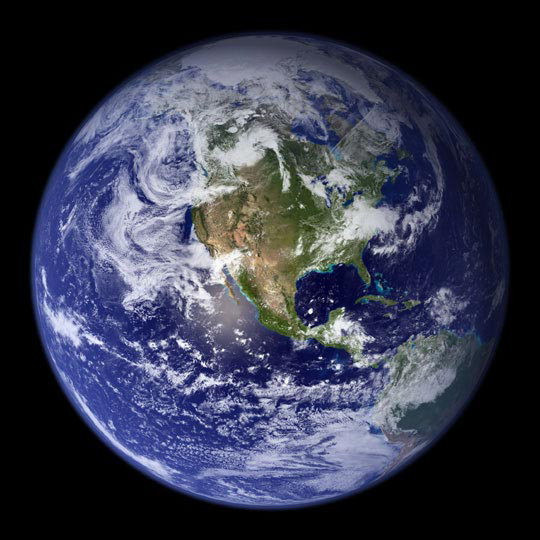 The earthquake that killed more than 700 people in Chile on Feb. 27 probably shifted the Earth’s axis and shortened the day, a National Aeronautics and Space Administration scientist said.

Earthquakes can involve shifting hundreds of kilometers of rock by several meters, changing the distribution of mass on the planet. This affects the Earth’s rotation, said Richard Gross, a geophysicist at NASA’s Jet Propulsion Laboratory in Pasadena, Calif., who uses a computer model to calculate the effects.

“The length of the day should have gotten shorter by 1.26 microseconds (millionths of a second),” Gross, said today in an e-mailed reply to questions. “The axis about which the Earth’s mass is balanced should have moved by 2.7 milliarcseconds (about 8 centimeters or 3 inches).”

The changes can be modeled, though they’re difficult to physically detect given their small size, Gross said. Some changes may be more obvious, and islands may have shifted, according to Andreas Rietbrock, a professor of Earth Sciences at the U.K.’s Liverpool University who has studied the area impacted, though not since the latest temblor.

Santa Maria Island off the coast near Concepcion, Chile’s second-largest city, may have been raised 2 meters (6 feet) as a result of the latest quake, Rietbrock said today in a telephone interview. He said the rocks there show evidence pointing to past earthquakes shifting the island upward in the past.

“It’s what we call the ice-skater effect,” David Kerridge, head of Earth hazards and systems at the British Geological Survey in Edinburgh, said today in a telephone interview. “As the ice skater puts when she’s going around in a circle, and she pulls her arms in, she gets faster and faster. It’s the same idea with the Earth going around if you change the distribution of mass, the rotation rate changes.”

Rietbrock said he hasn’t been able to get in touch with seismologists in Concepcion to discuss the quake, which registered 8.8 on the Richter scale.

“What definitely the earthquake has done is made the Earth ring like a bell,” Rietbrock said.

The magnitude 9.1 Sumatran in 2004 that generated an Indian Ocean tsunami shortened the day by 6.8 microseconds and shifted the axis by about 2.3 milliarcseconds, Gross said.

The changes happen on the day and then carry on “forever,” Benjamin Fong Chao, dean of Earth Sciences of the National Central University in Taiwan, said in an e-mail.

“This small contribution is buried in larger changes due to other causes, such as atmospheric mass moving around on Earth,” Chao said.