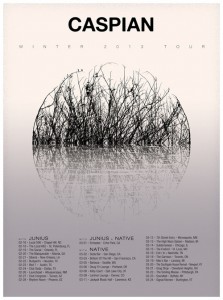 Caspian will head out on  a full US headlining tour this Winter with support from Junius and Native. The tour kicks off  on February 16th  in Chapel Hill, NC at The Local 506 and continues through March. More information can be found on the band’s website.