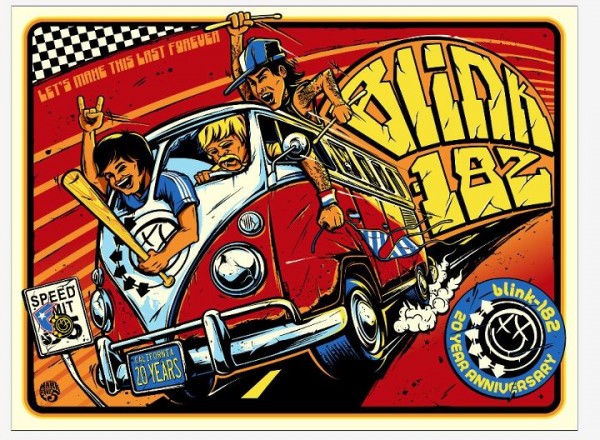 Blink-182 have announced five new North American tour dates in celebration of their 20th anniversary as a band. The All-American Rejects will be opening the shows. Check them out below.

The band will also be co-headlining Bamboozle 2012 on May 19 as previously announced.