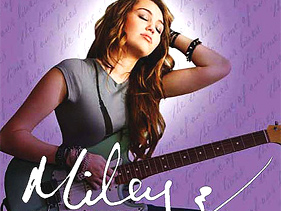 Will.I.Am has a special place in his heart for several things: the duo LMFAO, Pepsi, Michael Jackson and even Brian Austin Green from “90210.” When the Black Eyed Peas mastermind explains it, the mishmash of names isn’t quite as odd as it might seem.

Will was approached to work on a new Pepsi campaign to inspire other producers and artists to remix songs. So Will decided that if he were going to remix any song for the campaign, he’d choose a track by LMFAO, who are signed to Will’s label.

“We got our start in Los Angeles,” he told MTV News of the beginning of the Black Eyed Peas. “Our first demo was recorded in three people’s houses – one was Brian Austin Green from ‘90210,’ the second was Ben More [from Blood of Abraham] … and another person who allowed us [to record] was Redfoo from LMFAO, and with that demo, we got a record deal.”

Will added that he’s known Redfoo since seventh grade and even tried to score a record deal from Red’s dad, Berry Gordy, when he was a freshman in high school. “To make a long story short, here we are in 2009, and I’m doing this campaign inspiring other producers to go out and remix this LMFAO song,” he said. “Berry Gordy is his pops, and Berry Gordy birthed Michael Jackson[‘s career].”

And the relationships go even deeper than that. “Michael Jackson did Pepsi,” he said. “And I worked with Mike. BEP did a Pepsi campaign – just full-circle. It’s kind of mind-blowing. And it’s kind of dope.”