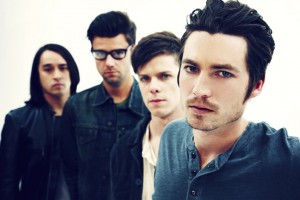 Just months after releasing their fourth studio album to applause from critics and fans alike, Augustana have announced that they are breaking up. Frontman Dan Layus elaborated in an interview with Red Bull USA:

“Basically the two original members with me as well, Justin [South] and Jared [Palomar], have parted ways. It’s a sad thing, but it’s been an amicable split and it’s just kinda tough. It’s hard to keep a band together. We had a good run and it was a blast while we could do it, but everybody is good. Everybody is friends. It’s just tough to sustain a business like that.”

The band had been scheduled to join Guster and Jack’s Mannequin on their end of summer tour but dropped off in July without public explanation. According to Layus, they are still contractually bound to play a few more shows before the year is up, and while the future of the band is uncertain, he reassures fans that this won’t be the last they hear from him.

“There will be more one way or another, whatever it is.”