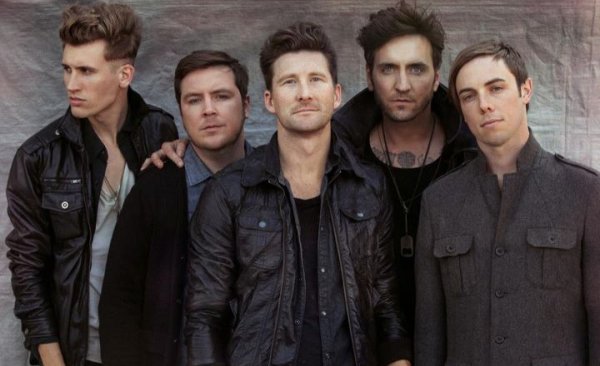 Anberlin will be heading into the studio later this month with Aaron Sprinkle, who produced the band’s first three albums. The as-of-yet untitled album will be the band’s sixth. They posted the following update to their Facebook page:

Hey guys – we are very stoked to be able to share a few things we are proud of and have been busy working on. Basically, this is an update on all things Anberlin related. First and foremost, we could not be more pumped to announce that we will be returning to a close friend and someone who has played a pivotal role in our story as a band. Aaron Sprinkle will be producing our new album. He produced our first 3 albums, and we could not be more thrilled to join forces again. We have 40+ song ideas, and this one is shaping up to be something special. We will begin work on the new album later this month. Stay close on many special ideas we have in store.
And yes, Stephen has also been working on a new Anchor & Braille album as well. We’ve heard some of those songs, and you’ll be missing out on some goodness if you don’t pay attention to that! That album will be out later in the year.
Joey completed his solo project as well. It’s called Sins, and it’s killer. We’ll be talking more about this one soon…
And in case you hadn’t heard about it yet, Nate has been working on his sexy side project called Carrollhood (along with his brother-in-law Tim from Underoath). Which brings us to this exciting announcement: Nate Young has recently signed with FORD Models!! Over the holiday break, he spent time in New York meeting with the fine people of FORD, and at the start of the year officially became a part of the roster. You’ll start seeing his ugly face around from time to time in places you wouldn’t normally. In fact, look out for February’s issue of V Man Magazine out this week! As always, Anberlin is 100% the main focus of all the members of Anberlin and nothing will ever change that. The stuff on the side only gives us more creative inspiration and passion for Anberlin and our future.