49 years ago, The Beach Boys released a little album called  Pet Sounds  and vocal harmonies were never the same again. In celebration,  Anakin, your favorite named-after-a-Star-Wars-character  alternative rock band, will release a tribute 7″  to The Beach Boys on June 5th via Kenobi Records, a label that the band launched earlier this year.  The tribute includes Anakin’s own take on two quintessential hits: “Wouldn’t It Be Nice” and “God Only Knows.”

“The Beach Boys have been an undeniable inspiration to Jonathan [Wessel, vocalist] and I since we were kids,” says drummer  Brad Chancellor. “With Pet Sounds about to turn 50 years old next year and the new biopic Love & Mercy that comes out this summer, we believe the time to do this tribute is now.”

Check out the two sides of the artwork below, as well as a teaser of “God Only Knows.” 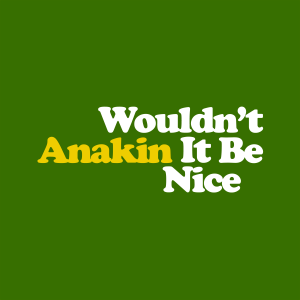 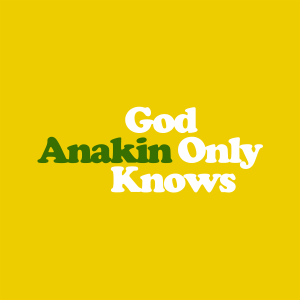