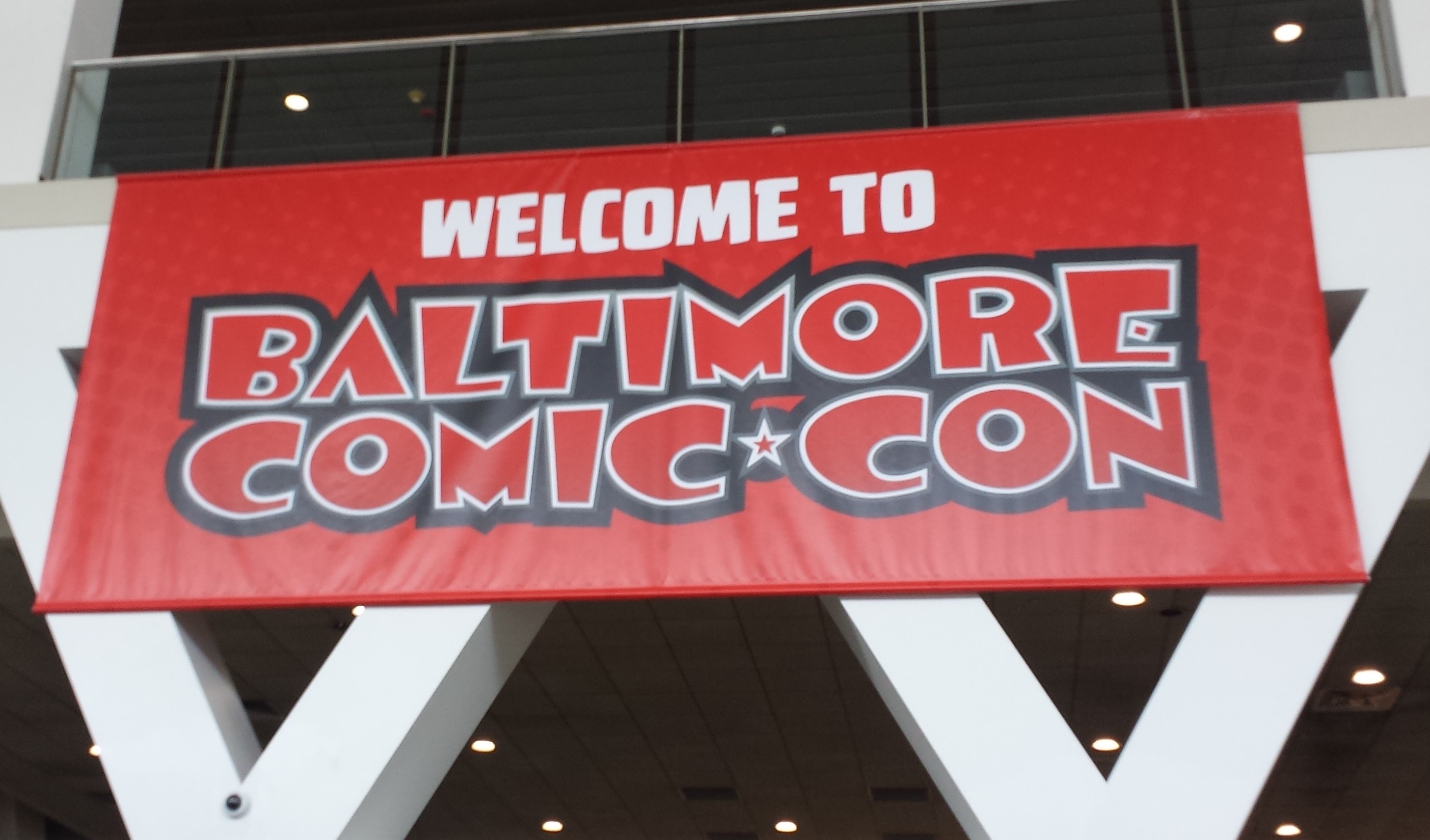 If you’re a fan of comics and are looking for a place to celebrate with your peers Baltimore Comic Con is the event you want to be at. While some of the bigger events (San Diego, New York, etc) have become more general pop-culture events, BCC manages to keep the focus clearly on the comics. Everyone from the well known and established to the newest creators gather there annually to showcase the industry. This year BCC moved to a three day event with the coveted Harvey Awards  presented on Saturday evening.

From a local fan’s perspective BCC is not only where I can find some of the biggest names in the business but also where I can catch up with local writers and artists. One of my favorite local authors is Baltimore’s own Kevin Hock. Kevin’s debut comic Fantasy Killer has been met with positive reviews from both readers and reviewers. Issues 1-3 of this 4 part series are out now with the final and 4th issue coming soon. With an eerily relatable theme of work dissatisfaction and fantasies of revenge, a powerful lead character and great art, Fantasy Killer is an impressive first work and I’m excited to see what Kevin will come up with next. Check out Handsome Devil Comics for more on  Fantasy Killer and Kevin’s future works. 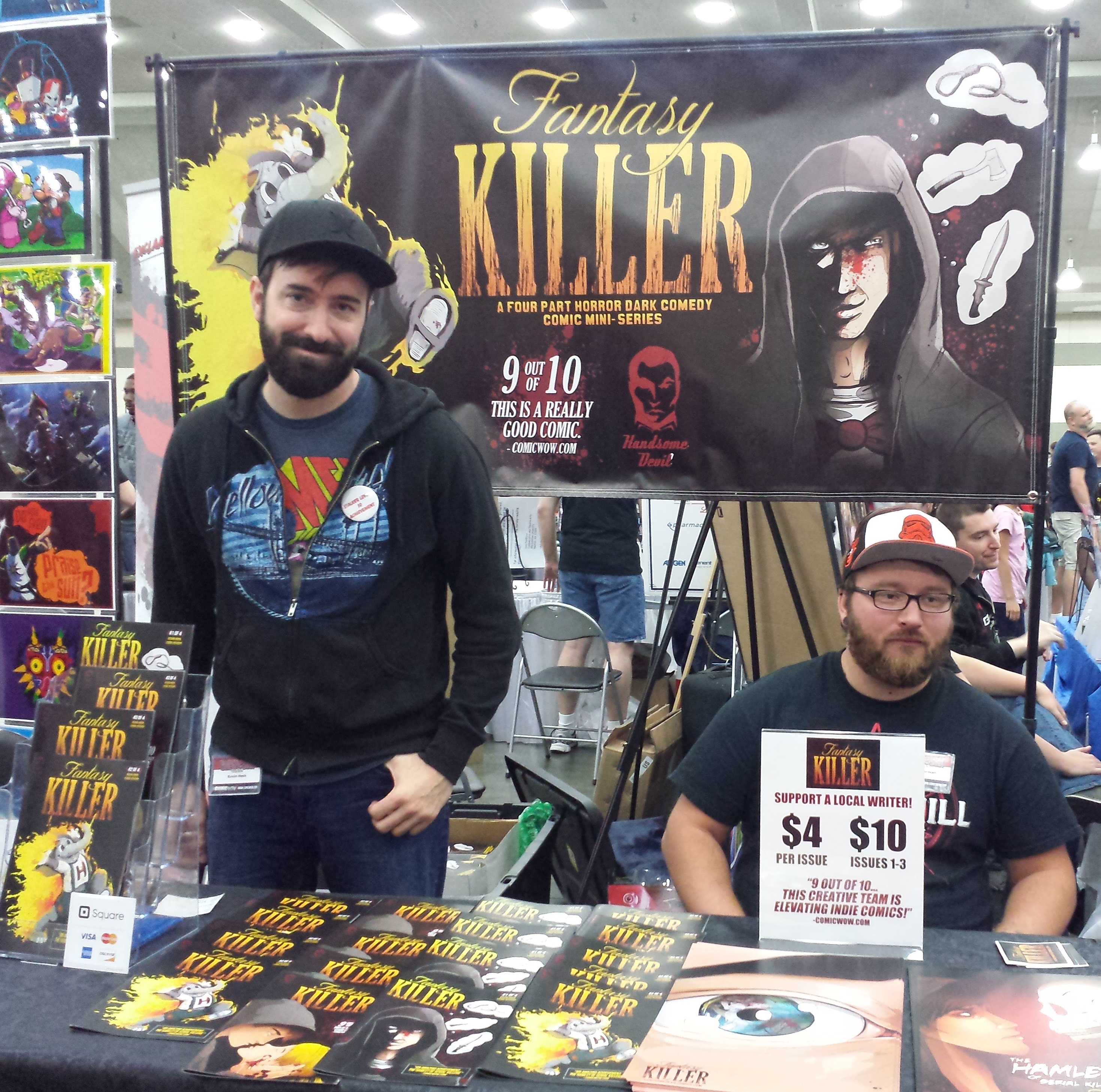 Regarding BCC Kevin tells me “I take great pride in saying that my hometown’s Con is truly one of the best comic-cons all year! As an indie comic creator, it’s a dream come true to see so many true comic book fans hungry for new books to read. I loved seeing familiar faces from last year that needed to catch up on the new issues, as well as making new friends. Fantasy Killer & Handsome Devil Comics has found a home in Baltimore Comic-Con. Next year I plan to be back with Two new titles in full swing, as well as a trade for the complete Fantasy Killer saga!”

Another local who has really established herself solidly in the comic world is Carolyn Belefski. This year she set up her Curls Studio in the Kids Love Comics Pavilion. It would take more space than I have here to give you her full bio but her credits include her Curls webcomic, several collaborative works, her work with Magic Bullet and Cartoonists Draw Blood, as well as working with Boom Studios and National Geographic. 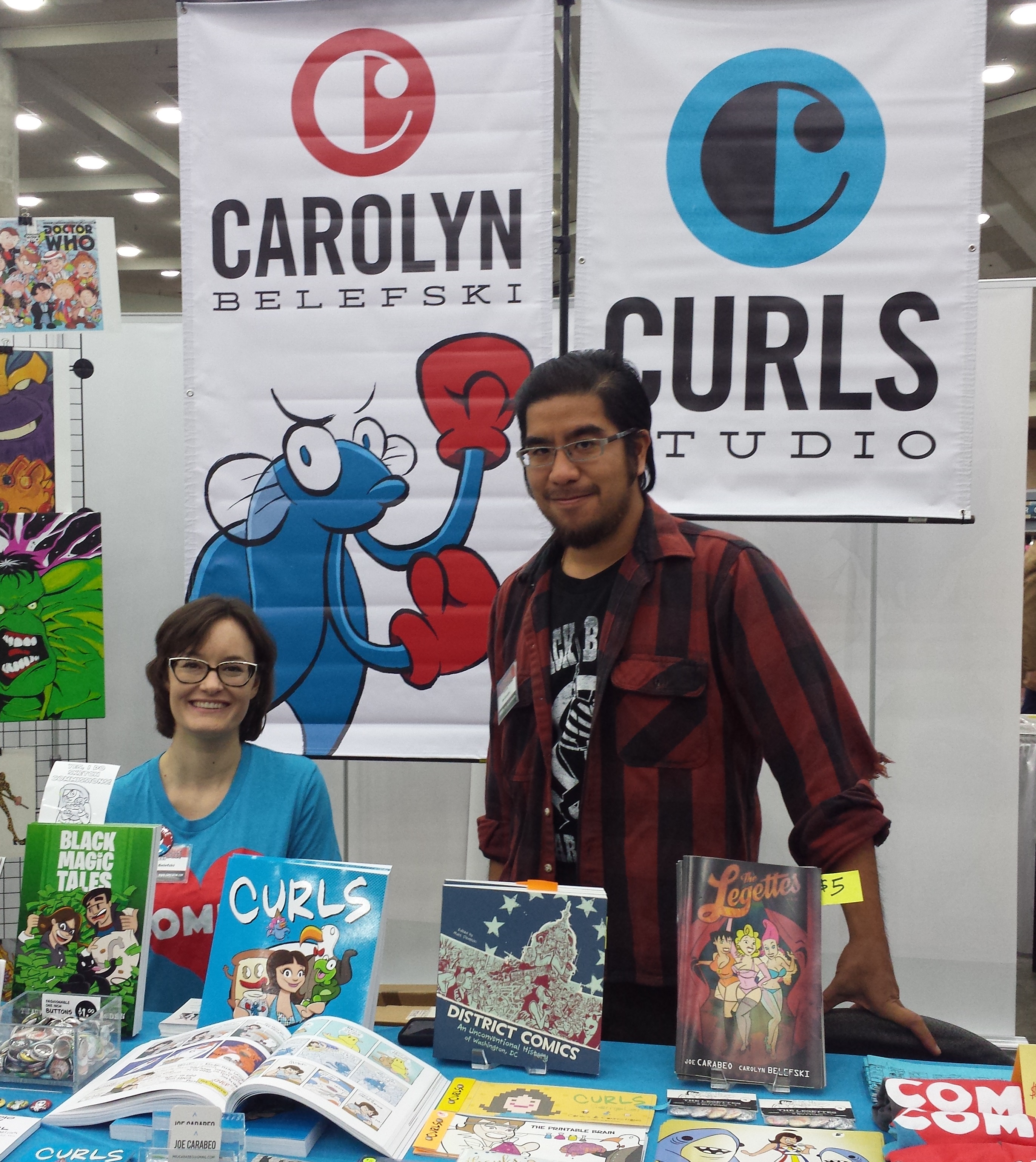 It’s not just the locals that stood out to me. Tod Emko of New York and his dog Piggy are always someone I seek out at any events they’re at. Piggy is a three legged dog who the author rescued during a trip to the Dominican Republic. Piggy has a gentle personality and is always happy to meet with his fans. His comic, A Piggy’s Tale , where he is a superhero has inspired his readers with his message of hope. Piggy also visits handicapped children and others in difficult situations bringing comfort to those in need. 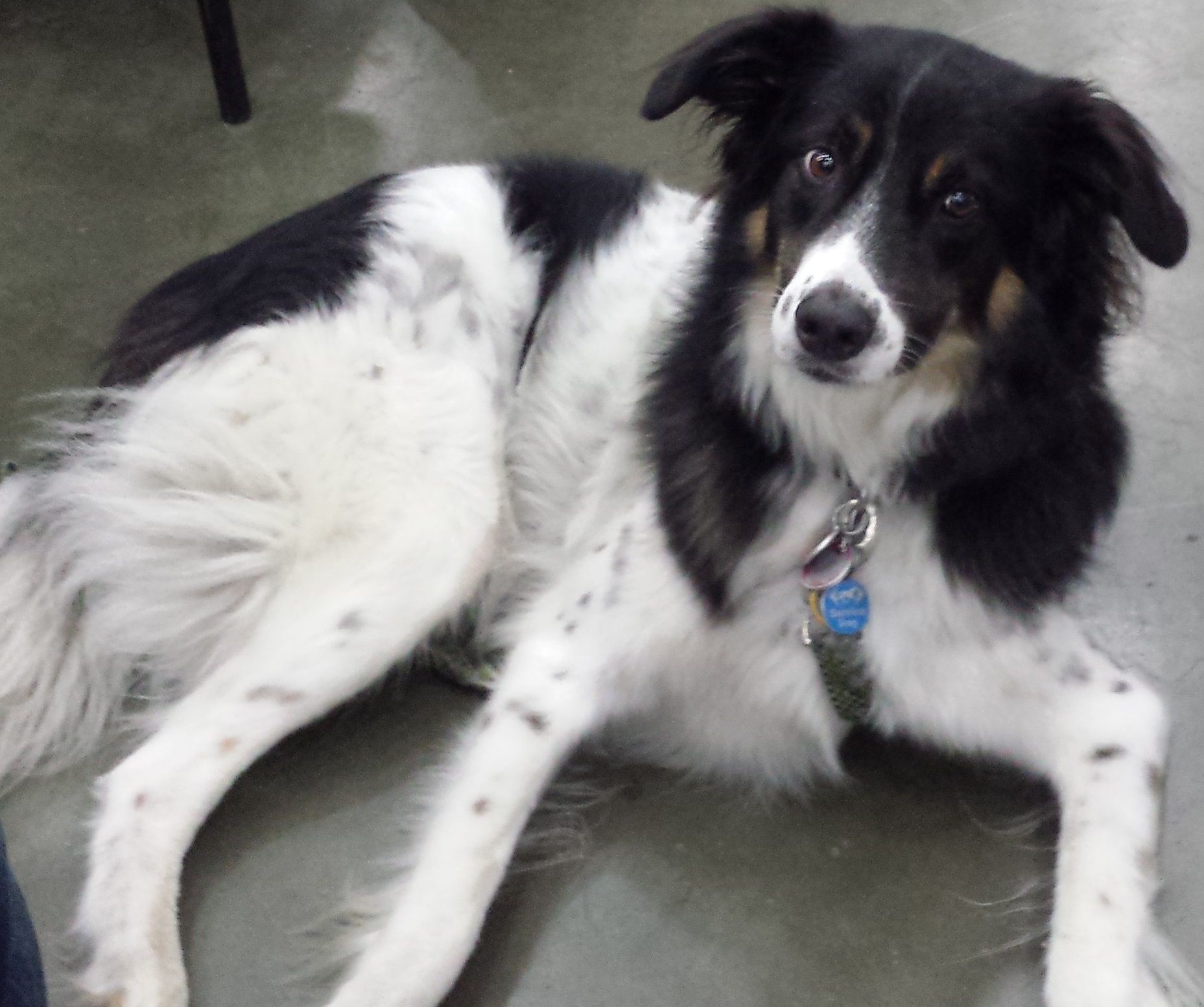 Here are a few other creators that caught my attention: 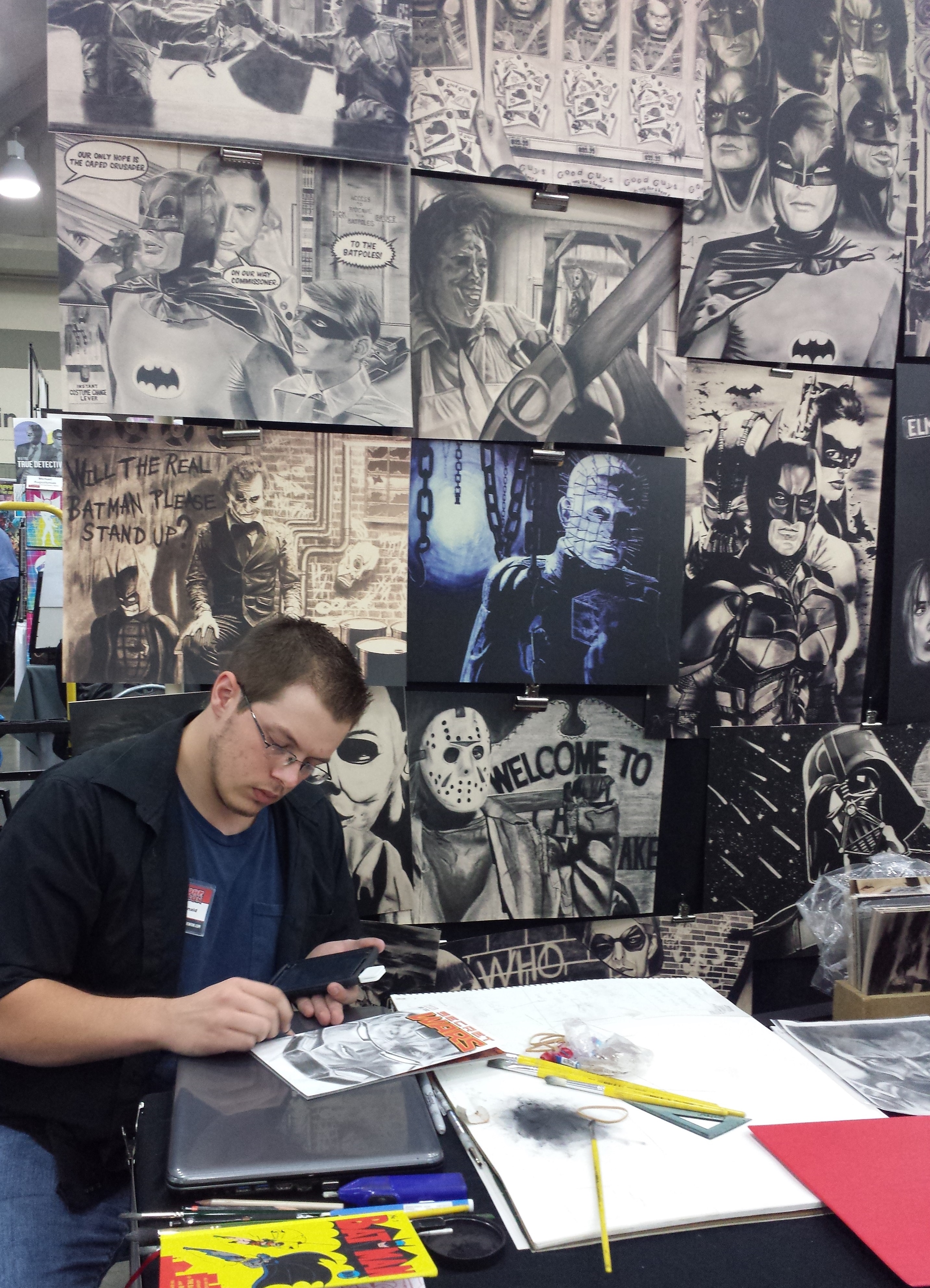 Rune of the Apprentice 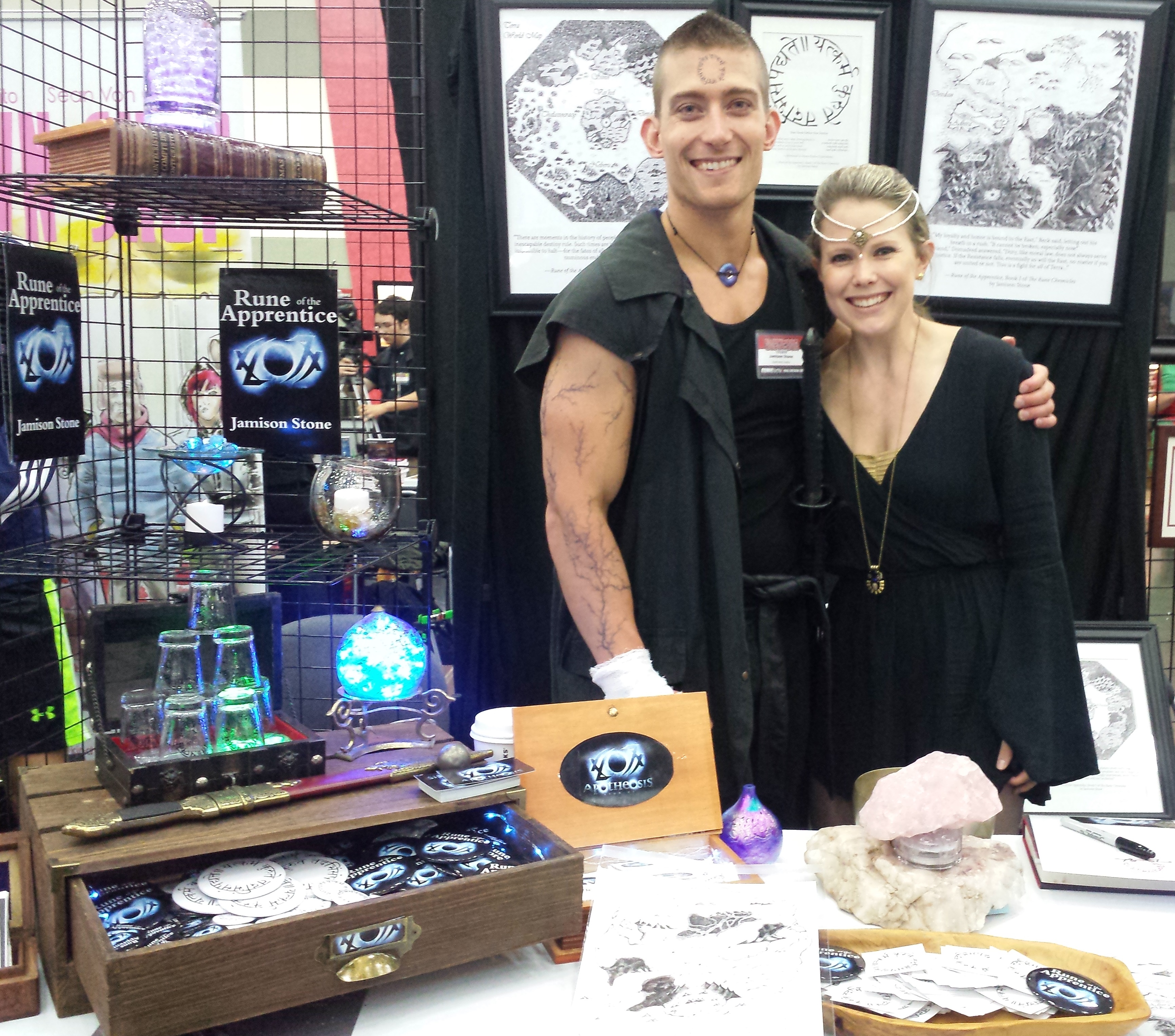 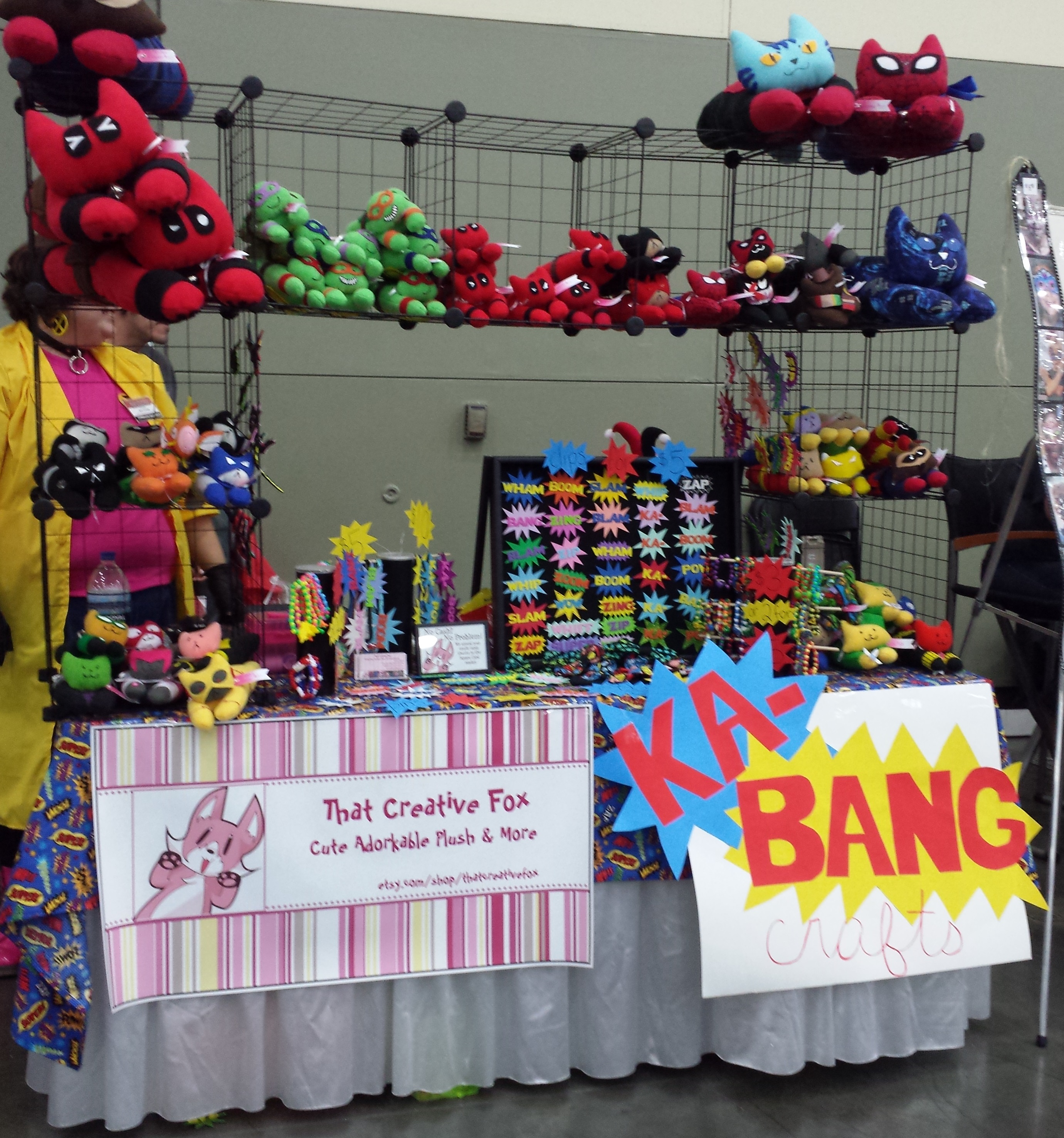 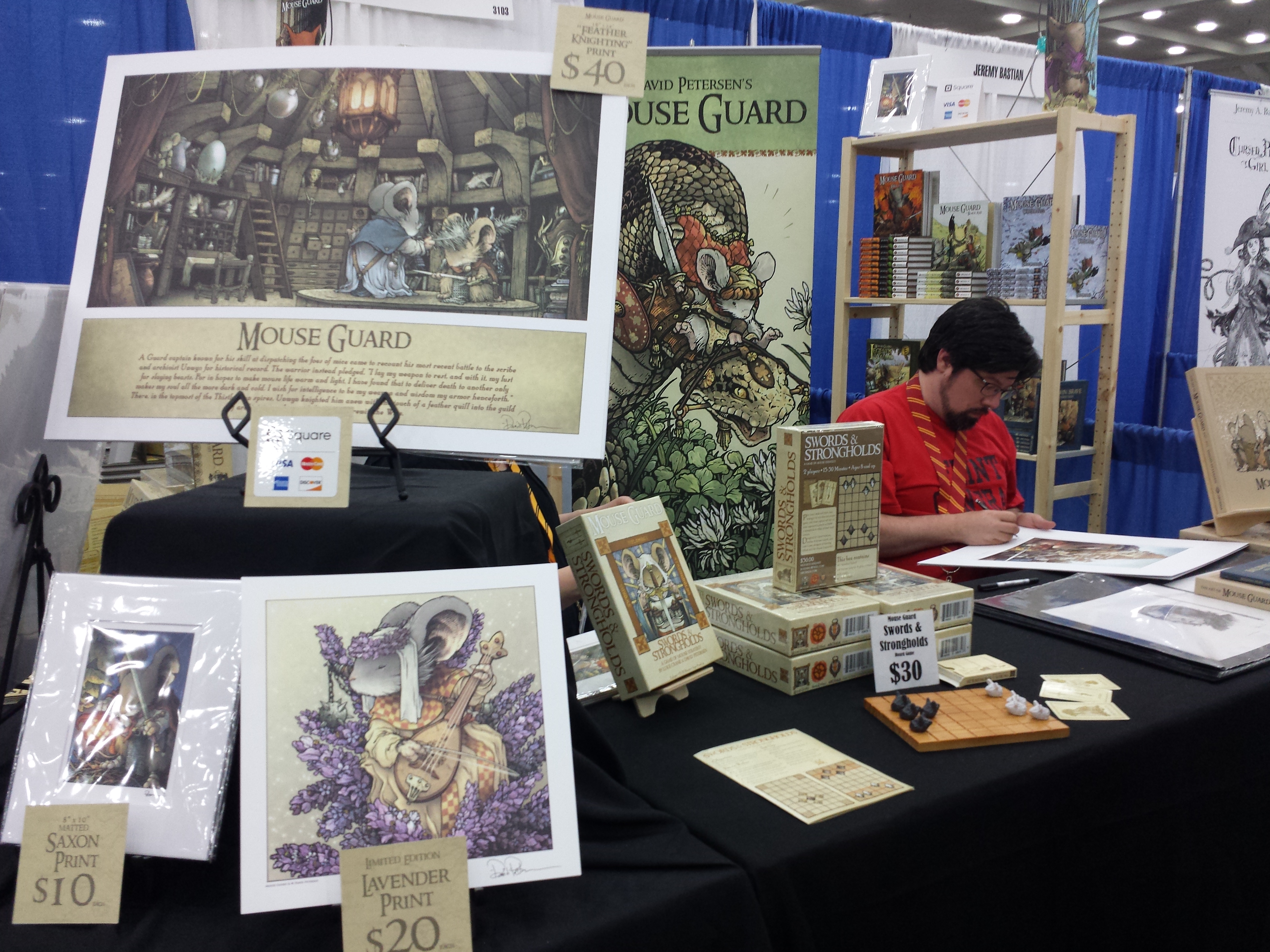 My personal tastes may tend toward the eclectic and local creators hold a special place in my heart and library, but BCC is known for its classic as well as newer writers and artists and its impressive list of guests. And like any good comic convention there were plenty of amazing cosplayers, vendor booths, and an ever growing crowd of attendees. All of which helped to make 2015 a great Baltimore Comic Con experience. 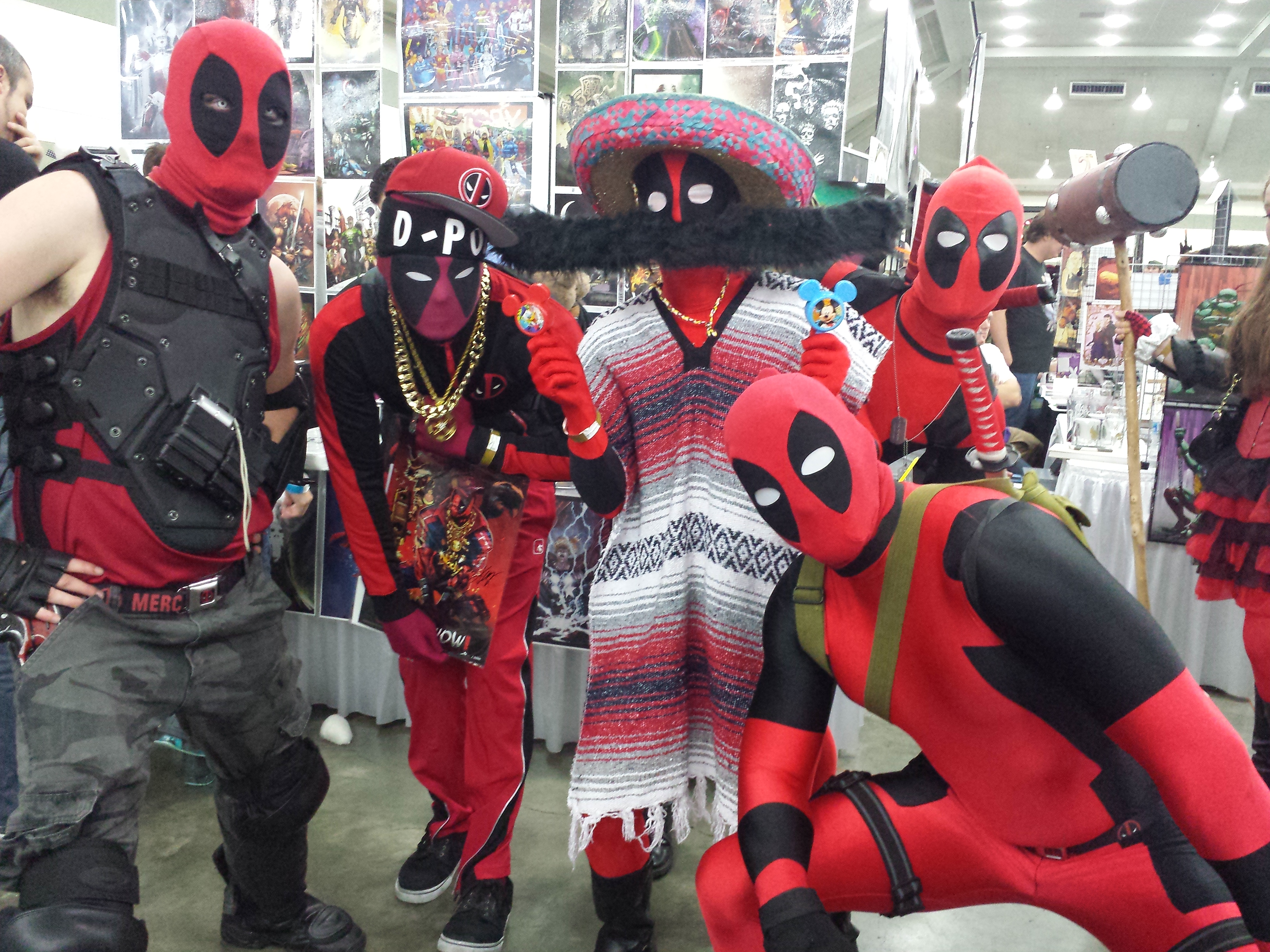