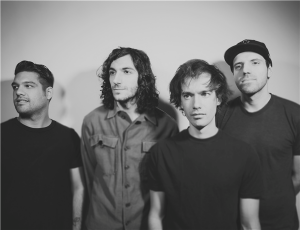 A Great Big Pile Of Leaves will release their sophomore full-length You’re Always On My Mind on July 2nd through Topshelf Records. The album was recorded in Minneapolis with producer Ed Ackerson (Limbeck, The Replacements, Soul Asylum) and mastered by Roger Seibel (Death Cab For Cutie, Bon Iver, Andrew Bird). Drummer Tyler Soucy describes the album as a “focused and cohesive piece.” The band will tour this summer in support of the album.

You’re Always On My Mind follows the success of the band’s 2010 debut Have You Seen My Prefrontal Cortex?, which was completely independently released and ended up selling over 25,000 copies.