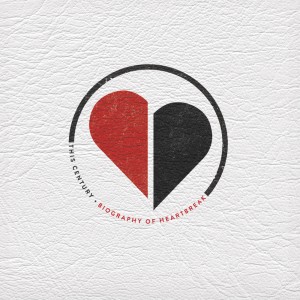 This Century have slowly built up a dedicated fan base through the years with their bright, appealing melodies. After a number of EP’s and an eight-song album, the band has finally released their first proper full-length with the ambitious title Biography of Heartbreak which runs thirteen songs long, giving fans plenty to delve into. While they have always been known as more of a pop band rather than a rock band, this time around the band strips away any rock or punk sensibilities they once had and go straight for the Top 40 pop sound.

Every single song on this album could be heard on radio, which will impress some while disappointing others. You can definitely hear the strict formulas the band was following while they were in the studio. “Slow Dance Night” and “Love Killer” both make use of the bright guitar riffs, synthesized chords, and singalong choruses common in pop songs. These songs could easily have been found on a Katy Perry or Carly Rae Jepsen album. Lead single “Bleach Blonde” is the obligatory R&B and reggae-influenced track about summer as vocalist Joel Kanitz sings “I don’t wanna wait for the endless summer.” The sunniness returns on “Run & Hide” which relies on syncopated ukulele strums in the vein of Jason Mraz and the Plain White T’s.

This Century have never been known for very profound lyrics and the trend continues on this album. As evidenced by their album title, the band explores all topics of love from lust to heartache – the typical subject matter for most pop songs. However, we can still be grateful the band withheld from dropping an outright party track on the album. Nevertheless, the lyrics are rather simplistic with choruses built mostly upon repetition, which is useful in the sense that the songs are easily memorized after a few listens.

While it may seem like the album is sorely lacking anything genuine, that doesn’t necessarily mean the music is bad. “My Weakness” is a dance track with a chorus that will refuse to ever leave your head. “Tip Toe” is probably the best song on the album; sounding like a combination of One Direction, Train, and Mayday Parade’s second album, it contains a soaring, catchy chorus that you can’t help singing along to. “Fool’s Game” is a darker, new wave-esque track that might fit alternative radio better than Top 40, adding an interesting aspect of the band on this album. It’s especially notable that This Century managed to craft an album of thirteen tracks that hold their own against today’s mainstream artists without the backing of a major label or multi-million dollar producers.

This album will make it easy for some people to write off This Century as sellouts, but tracing their discography, it’s clear their end goal has always been radio pop. While not everyone will appreciate Biography of Heartbreak, you have to respect the fact that the band had a clear idea of what they wanted for this album and pursued it to the fullest. Every band reaches that crossroad at some point in their career where they cannot just keep making the same album over and over again, and at that point, This Century veered towards the mainstream route. Unfortunately, not all of their fans will be following them down that road.