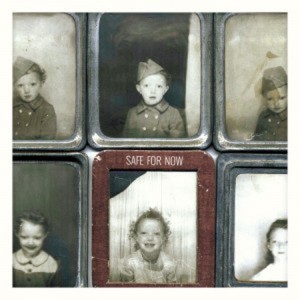 The American Scene are truly a band whose progression shows from their first album, By Way of Introduction, to their latest effort Safe For Now. The same comparisons to The Dangerous Summer are imminent, but The American Scene have found their own niche in the pop punk scene, and with Safe For Now they’ve shown that they can blow those preconceived notions out of the water. The upbeat opener “Just Say It” is both catchy and lyrically inventive. Vocalist Matt Vincent always seems to have a sense of urgency in his voice, present from one of the first moments in the song when he sings “Are you afraid of the end / Are you afraid of the end of everything?” However, the strongest song on the record is third track “Hungry Hands,” which shows The American Scene at their best. The combination of Charles Vincent’s creative drum fills and Matt Vincent singing “I can feel you pulling, so slowly, so steady, away from me” gives the song a great sense of insistence and a feeling that it needs to be heard.

Starting off strong, the middle of the record does drag, with “Fifth and Natoma” and “When You’re Undone” seeming to meld together, but “Shape Shifter” is a stunning return to form. Discussing the ways that people change their ideologies, Vincent sounds truly hurt as he sings, “I heard you don’t believe in God anymore / I heard you fell out of love / I heard you don’t call back home anymore / I heard you replaced all of us.” However, by the end of the track as the guitars crescendo, things are seeming optimistic. The explosive transition between the beautiful acoustic track “Untitled” and “Used to You” is unexpected, yet done brilliantly. Wrapping up the album is the title track, “Safe for Now,” which has some of the most personal, emotionally poignant lyrics on the record. The American Scene’s elaborate musicianship is showcased once again as the guitar quietly flurries on top of the verse but comes alive during the chorus, then reaches the peak again towards the end of the song before dropping off — the album ends as peacefully as it began.

With Safe For Now, The American Scene have crafted a record that fans of bands like Seahaven or Daytrader will love. The album’s seamless blend of honest, heartfelt lyrics and expressive vocals with slick, refined musicianship makes it one of the most solid releases of the summer.