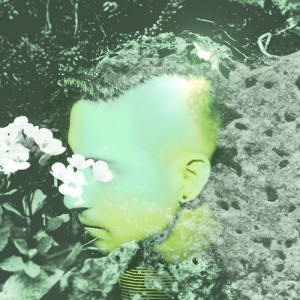 Brad Hale of Now, Now fame ventures into solo waters with his debut album under the title Sombear. Love You In The Dark slips deeply personal lyrics under a cohesive cover of R&B, pop, and electronic sounds to create a juxtaposition that will force listeners to separate actual content from the overall mood created. The album slides seamlessly from repetitively somber to ecstatic within the span of a few songs and explores all manners of human strength and weakness. It manages to find the gaps in the armor of humankind in the most delicate way possible, which is often a considerable feat for seemingly innocuous pop or electronic music.

A prime example of this juxtaposition exists within the first two tracks. “Incredibly Still” opens with peaceful concentricity of synthesizer circles. It’s comfortable in its melodic repetition and seems to be flowing outward from one Zen center point. In one jolting instant, the sound gains kinetic energy and launches into the decidedly funkier, more topical “The Way We Are.” Where synthesizers and vibe tones once ruled, driving guitar and lead vocals step in to reign. Right off the bat, the album proves its flexibility in sound and content.

“LA” drifts into the melancholy midrange between the two aforementioned tracks. Bittersweet lyrics (“I’m alone in the hills of LA / There’s no sun today / But hey, I’m out to play”) gracefully sidestep any real glumness, but the song still leaves one feeling hollowed out, as if the city is a faÃ§ade barely covering seams of personal loneliness. Hale also uses the city of Los Angeles to cement the concept of craving human company to underline how humans routinely push others away and pull them back in to fill gaps in ourselves that we can never quite patch up alone. This exploration of solitude and solace in others is one of the most realistically human aspects of the album.

The title track, “Love You In The Dark,” offers layers of electronic swells over a solid beating background to cleanse the palette at the halfway point. In combination with its followers, “Easy Thief” and “Loose Ship,” it offers the smoothest listening of the album. This handful of tracks remains gentle enough to serve as background music if you let your attention stray, although there are certain elements that lend themselves well to deeper listening. The album’s energy really picks up again with the penultimate track “The Good,” in which haunting recessions build up into the most cathartic releases on the album. Here, Hale combines the fullest instrumentation, the best use of synthesizers, some of the most potent lyrical work, and the richest sound into one peak. It allows “Rich Hair” to serve as an effective cool down with its tasteful indiscernibility to finish the album.

The one risk of Love You In The Dark is that without careful attention, it can sound like one amorphous, unobtrusive electronic blob. At times it seems cautious in its delivery, almost like it slides slightly too far under the radar. It requires listeners to actively listen and pick out the elements that keep them captivated. Think of it like a treasure hunt – you can glance around and miss clues, or you can throw yourself into the thick of things while you hunt for meaning in the most unexpected places.