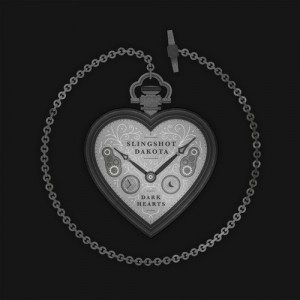 After a lulling album introduction, “May Day” immediately demonstrates a few of the band’s staples: sparse, simple lyrics that hit home with listeners and a minimalist approach to the instrumentals. As the song picks up momentum, it is easy to settle into the groove as it transitions onward to “Gossip,” another driven tune featuring plenty of motion with vamped cymbals and busier vocals. “Disaster” provides a palate-cleansing break with its ballad-like feel and gentle flow before the album picks up again with electro-tinged “Rasta Bacca.”

The album ends on a brilliantly haunting note with the fragile beauty of “Good Year,” which showcases piano with the most earnest vocals on the entirety of Dark Hearts. It’s bittersweet in both its medium and its message – the heaviness of life juxtaposed with the lightness of having another to share it with – and the final result is heartfelt enough to linger after the chords have died down.

Overall, the variety of Dark Hearts created between the two band members and their respective instruments is fresh enough to offer new zest with nearly every track. Whether in the tinkling keyboard riffs or the solid percussive backbone, the songs never lack direction or energy, and Dark Hearts ultimately encapsulates a full spectrum of feelings.