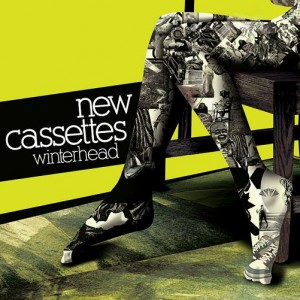 The album begins solidly with “Left-Right,” a toe-tapping tune with just enough repetition to ensure that the chorus will be playing in your head for hours. “Bite Your Lip” and lead single “Silent Guns” build on the infectious style of the first track with group vocals and catchier guitar riffs, getting the album off to an energetic start.

Winterhead then moves into a slightly darker, more fluid style with “You Are A Slow Wave,” “Straight Lines,” and “Ghosts.” These tracks are less overtly exciting than the album openers but have a smooth, haunting repetition to them, adding variety to the overall sound of the album while still blending in.

“You Won’t Stop” elevates the energy one last time for a grand finale that combines the best features of all the previous tracks, layering perfectly dissonant guitar outbreaks over trance-like vocal repetitions to close the album like a concert set-ender. It’s a song you could imagine hundreds of fans chanting in unison to close a live show, building waves of intensity from start to finish to leave a lingering impression.

Overall, New Cassettes’ sophomore album fuses Brit-pop, post-punk and new wave in a style that modern indie and alt-rock fans will effortlessly groove to. The album offers enough depth to showcase the best features of these genres while remaining appealing to the masses with its undeniable catchiness.