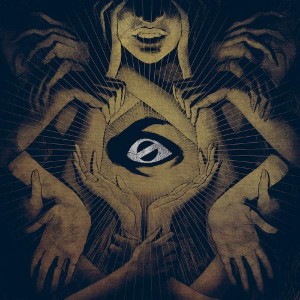 With Absent Light, Misery Signals are doing exactly what they know best: staying true to their heavy sound and delivering their most polished and refined record to date.  Following the release of the renowned Controller in 2008, the band went on a hiatus; naturally, most of the members went their separate ways to pursue new projects (Burning Empires, Solace, Lowtalker), which could never breathe the same life. Finally, in 2013, the band have released their fourth studio album, which is everything you would expect and more from the metalcore legends.

The album opens with “A Glimmer of Hope,” which is self-explanatory by nature. It features two minutes of ambient clean guitars and atmospheric textures that feel suspenseful, yet optimistic. Instrumentals build until vocalist Karl Schuback passionately growls, “I’m not ready to say goodbye, but the closer we get, the more that it hurts.” This subtle intro track showcases the thematic elements of the album, while also giving a fair demonstration of its various instrumentals and intensities featured on the record, especially the artful execution of orchestral string arrangements.

“Luminary” is a major contrast to the intro track as it hits hard with frenetic instrumentals and aggressive vocal roars. It is the album’s first single and rightly so. The song features the progressive-meets-brutal dissonance that Misery Signals delivers best. The breakdown at the end is both haunting and grandiose, leaving the listener feeling unsettled and doomed.

“Reborn (An Execution)” is one of the strongest tracks on the album. It features tight, complex riffing and pure aggression. The highlight of this track is its orchestral string arrangement that carries into the epic outro – providing ultimate catharsis and passion, as well as a revival of hope. Meanwhile, “Carrier” is a great example of how Misery Signals love to contrast serenity with brutality. The song begins with light, ambient clean guitars and immediately jumps into another hard-hitting track. “Shadows and Depth” follows with haunting chord progressions and chaotic transitions that make you feel uneasy. There is a clever breakdown that features a very complex rhythmic pattern that is more crafted than the predictable chugging of most metalcore bands. The song’s outro features yet another beautifully orchestrated string section, contrasting torment with optimism.

“Lost Relics” is the album’s second released single. It is fairly predictable, yet With Honor’s Todd Mackey providing guest vocals allows a nice change of pace. This track is also faster than previous ones, showcasing a more orthodox hardcore side of Misery Signals. This is especially evident when the song ends in a traditional hardcore two-step beat that is ubiquitously recognizable.

“The Shallows” sports a creative, almost jazzy instrumental section, featuring a surprising yet appropriate glockenspiel and other ambient textures. It builds up to a respectable head-banging breakdown. “Ursa Minor” and “Everything Will Rust”  showcase clean vocals for the first time, adding a nice melodic and heartfelt twist to the record. The instrumental arrangement of “Everything Will Rust” is especially admirable. It begins with a windy drone, which feels incredibly desolate, followed by emotional clean guitars, carrying into a full band groove that almost sounds like a blend of Radiohead and Oceana. Clean vocals back a soaring roar that drains the life out of the listener. The album ends where it began – desperate and empty.

It is easy to be cynical of a band that has not been on the radar for five years, but Misery Signals have proved that they are simply picking up where they left off in 2008. Absent Light packs a punch and is arguably the band’s most progressive album to date, showcasing pure aggression, honesty, and passion.