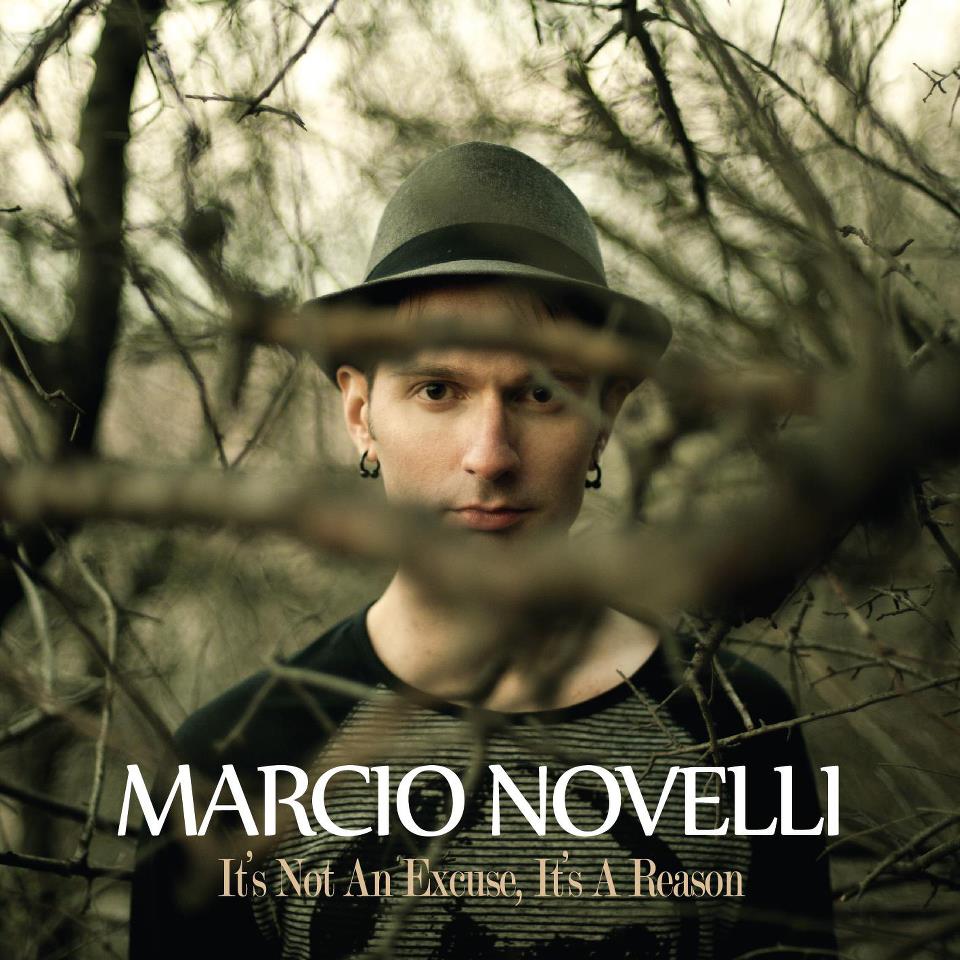 With his debut LP It’s Not An Excuse, It’s A Reason, Marcio Novelli proves that great music isn’t written with intentions to impress the masses, but as a personal anecdote by the musician. In the same fashion as artists like Andrew McMahon and Bryce Avary, Novelli oversaw every aspect of the album almost singlehandedly while also playing guitar, bass, keyboard, strings, and percussion. It’s no wonder that It’s Not An Excuse, It’s A Reason is drenched with emotion from beginning to end. Recorded in just two weeks and produced by Jim Wirt (Incubus, Jack’s Mannequin), Novelli’s debut is a revival of simple pop rock with meaning, the kind that has been fading out since 2005.

When the album kicks off with “Siren Song,” it becomes immediately obvious that the most defining detail of the album is Novelli’s voice, which is reminiscent of Brandon Boyd. However, where Incubus is sultry and powerful, Novelli is uplifting and energetic. Despite his contemporary twist, there is no denying the 90’s alternative influences that are weaved throughout every track on the album.

While the entire album has an upbeat sound and an air of positivity, a close listen to any of the lyrics will reveal that much of Novelli’s inspiration comes from struggle. In first single “Doctor, Please,” a song about anxiety, Novelli sings “I cannot sleep / My brain will not allow it / Overcome by the urgency / So doctor, please cauterize the cancers / Instrumental lobotomy.” Lyrics of this nature are weaved throughout the album in songs like “Eyes Wide Shut” and album highlight “S.A.D.,” but are easy to miss when disguised by the hopeful tone of Novelli’s voice and fast-paced guitar riffs.

Later in the album comes “In The Mourning,” featuring soft acoustic guitar, deep cello, and Novelli’s trademark sweet wail during the refrain. This is the first point on the album where the depth of the music truly matches the personal and troubling lyrics. However, it is the following track that confirms the intention of It’s Not An Excuse, It’s A Reason – to lend hope to those who have struggled with the same problems that Novelli has. The chorus of “Walking Proof” is the album’s most positive, with an enchanting piano melody and lyrics about ignoring naysayers and following your dreams.

While there is something very familiar about the music of Marcio Novelli, it is hard to pinpoint exactly what it is. It may be his unique ability to weave many influences throughout one album, or it may be the fact that his subject matter can easily hit close to home. Either way, there is no denying that any fan of alternative or pop rock can easily find something both comforting and exciting throughout It’s Not An Excuse, It’s A Reason.