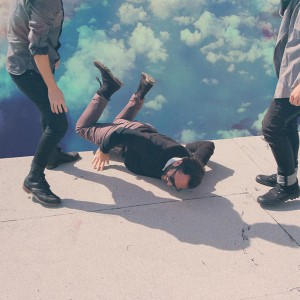 Hummingbird, the sophomore album from indie rock foursome Local Natives, does much to carry on the legacy of its highly praised predecessor, Gorilla Manor. From the very opening of the record, the band showcases an upfront experimental feel accompanied by introverted lyrics.

“You & I” kicks off the record in a bold way, with lead singer Kelcey Ayer belting out “You and I, we were always strong.” The next few lines contrast this fearless approach with fluttering falsetto before the chorus kicks in with Ayer’s band mates chiming in with enchanting harmonies and funky guitar licks.

The percussion-heavy track “Heavy Feet” follows, a song that is thankfully much more upbeat than its forerunner. However the buoyancy of the track is contrasted by the still deeply emotional lyrics that run rampant throughout the album, though this song in particular feels more like a cleansing than merely an expression of inner turmoil. The following track “Ceilings” continues the mood found in “Heavy Feet” with its opening acoustic guitar riff. The track is much heavier on the vocal harmonies that previous songs, a feature of Gorilla Manor that received much praise from fans and critics alike.

The song “Breakers” shows a lot of promise for possible radio appeal, and turned out to be a personal favorite off the record. The song combines hard and fast percussion with lofty guitar riffs and keyboard fills. The rest of the album follows this same setup, juxtaposing slower, more experimental heavy songs with sanguine tracks such as “Wooly Mammoth” to rein the listener back in and hold interest. “Columbia,” the penultimate song on the record, was written following the death of one of the band member’s mothers and exhibits the most deeply personal lyrics found on Hummingbird. Ayer’s sailing vocals fade at the end of the track into the sounds of sirens.

Because of the undulating feel of the record, at first listen Hummingbird seems to meld together, leaving the listener desiring a punch than all eleven tracks fail to deliver. Tracks such as “Breakers” and “Wooly Mammoth” begin to breach the surface, but are nonetheless held down by the distraught and almost wounded feel of more subdued tracks such as “Three Months” and “Black Spot.” However, upon its second listen, the album’s poignant lyrics and melodic feel offer up a more complex experience, pleading with the listener to delve deep inside their psyche and explore what might be hiding in the depths. The record overall is compelling, thoughtful, and mature.