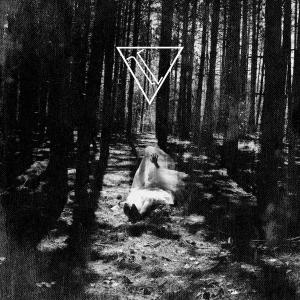 Here’s a story you’ve never heard: A band begins as a joke to counter the mainstream but eventually decides that the MySpace era is over and now is the appropriate time to become an established, influential band that should be taken seriously in the scene.  How does one accomplish this? Simple – drop the x’s from your band name, reconfigure the lineup, and change your sound entirely. Out with the old, in with the new.

Liferuiner have decided to abandon their ties with old tracks like “A Ticket To The Pussy Crusher” and are trying to write honest, optimistic, and influential songs using key ingredients of melodic metalcore and straightedge hardcore: detuned guitars, predictable breakdowns, and lyrics pertaining to life’s inevitable struggles, hardships, and misery. Future Revisionists is pretty conventional as far as hardcore records go, yet its contrast to earlier, almost pitiful Liferuiner releases will help it garner notoriety.

“Vacant” is generally not a fair representation of the entire album. It serves as a melodic opener with slow, gradual builds of tension which erupt into heavy melodic hardcore. Desperate, guttural vocals howl over gritty, reverb-drenched guitars. The entire song features maybe two chords and doesn’t demonstrate any extraordinary musicianship. However, it is clear right off the bat that Liferuiner is a refurbished band with a new sound, message, and intent.

“Savages” is a short, fast-paced song that touches on themes of internal struggle, taking life for granted, and making choices. This is certainly not atypical of any traditional metalcore song, nor is its lack of a solid structure, or the Emmure-esque breakdown. Nonetheless, the band has made progress as they have evolved from writing songs like “xSuck My Dickx” to creating acceptable posi-hardcore that will likely inspire and promote a deeper sense of humanitarianism.

“Feeling / Meaning” is arguably the album’s most authentic and interesting track. There is a stronger sense of musicianship, as well as melodic, yet dissonant breakdowns, and a power and intensity that occasionally mirror sounds of contemporaries like The Ghost Inside. I’m particularly a fan of the final section of the song, which features a lazily strummed guitar that sounds extremely raw and hopeless. This builds into an effective, half-time breakdown that eventually reverts back to the desperation of wavering guitar strums yet again. This ending glorifies the band’s new level of maturity, highlighting their adequate use of intensities and dynamics to give the record its emotional highs and lows.

“Dreamcatcher” is the epitome of stereotypical straightedge hardcore and contemporary metalcore. It starts out with the standard hi-hat, kick, and snare fast punk beat as power chords drive it to a predictable, chugging breakdown. This formula recycles itself until the obligatory two-step beat makes its appearance. The song ends anti-climatically, with little to no resolution. “Self-Purgatory” acts as a cathartic finale to the album, consistently following similar mid-tempo pacing and chugging breakdown patterns. The ambient, grandiose ending serves itself as both an indulgent and epic close to the album.

Future Revisionists is certainly a suiting name for the album. Liferuiner clearly stand for new ideologies such as optimism and fighting for what you believe in. The metamorphosis was much needed in order for the band to assert its reputation and gain credibility.  Although the songwriting and musicianship has certainly far exceeded my expectations, especially compared to earlier releases, Liferuiner will have to be a little more innovative if they want avoid being pinned as another disposable hardcore band.