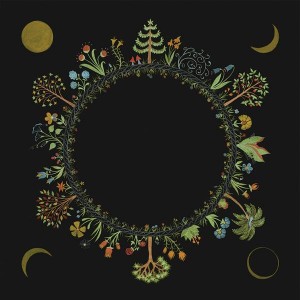 If there’s one theme that will forever be as mystifying as it is relevant, it is the enigma of life. With all that we, as people, have come to understand about everything that surrounds us, the confusing contradiction that is life itself is something that remains ever elusive from our grasp. It is this topic that Laura Stevenson contends with in her latest album, Wheel.

Enlisting the help of Grammy-winning artist Rob Moose (who regularly plays with Bon Iver) on strings and Kelly Pratt (who has played with bands such as The Arcade Fire and Beirut) on brass accompaniment, Stevenson has put together a record that is both raw and honest yet thoughtfully composed. Wheel is rife with technicalities to please even the most intelligent music listener, such as several in-song time changes, instrumentation equal to that of a masterly-conducted orchestra, and complex vocal harmonies. Even still, as a whole the album has an extremely grounded feel, with lyrics applicable and accessible to everyone.

The theme of life being both wonderful and arduous can be heard as early as the first track, “RenÃ©e.” Stevenson sings about how the beautiful full moon cannot “afford the pull that’s coming from the likes of you” as it seems to follow a moving car driving around at night. Stevenson warns about what’s to come — “RenÃ©e, you’ve got a way to row, through a lake of fire and fog and cigarette smoke” — and tells the moon at the end of the track, “Don’t hurt her, be good.” The folksy sound found throughout the album is at the forefront of the track as Stevenson’s pure voice softly croons along to a simple acoustic guitar before being accompanied by graceful strings.

The following two tracks, “Triangle” and “Runner,” are much more upbeat than their predecessor, though the lyrical content serves as a stark contrast to the cheery sound. In “Triangle,” Stevenson says, “I wouldn’t mind if you left me here, standing on the other side of a locked door in a big, big fire.” The lyrics in “Runner” fail to get any jollier, with Stevenson comparing the listener (very aptly) to a runner trying to escape the static cacophony of life. The song concludes with the lyrics, “The beauty that you breathe into the air won’t clear your name, you have been sinning since the day you came around, you are a runner.” This song in particular, apart from its lyrics, sounds almost like a teen pop song, showing Stevenson’s sense of irony in contrasting these two acutely different things.

This irony can also be found in “Bells and Whistles,” the fifth track on the album. Again, Stevenson makes use of the juxtaposition of a poppy tune and harshly cynical lyrics. The track starts with a discordant clamor of instruments, similar to that found in The Beatles’ infamous “A Day in the Life,” before falling neatly into place. Lyrically, the song sounds like something out of Monty Python’s The Meaning of Life, saying how, to some, the beauty of life is a lie because eventually it all ends. This is especially prevalent in the lyrics, “I can’t cover my hands and tell you not to blame me, that you are a speck in a pile of dust, and everything you love will turn into crumbs.” It is almost funny when heard against the backdrop of the pop-driven instrumentation of the song.

The album’s namesake track is the final song on the record, and serves as a reminder of the cyclical nature of life. Breaking away from the ironic tones heard before, “The Wheel” talks of the finite nature of life, with Stevenson singing, “Nothing fancy in how glad I watched them bury him.” The track repeats a line heard several times before in previous songs — “I’ll turn over like a wheel.” The metaphor of life being like a wheel is wholly appropriate and sums up the album nicely. It represents not only the recurrence of birth turning to death, but also symbolizes how life is like a road; we are ever turning over every rock, every ditch, every rough patch, until we eventually finish our journeys. It is the most frustrating and the most beautiful part of life — even when it gets grueling, we keep going.