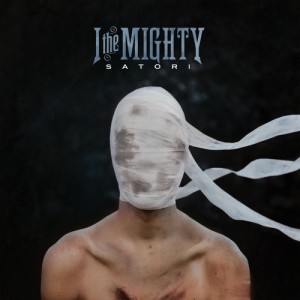 Some of San Francisco’s finest, I The Mighty, have returned to the scene with their debut full length Satori. Having flourished and matured their already apparent talent, the band’s first full length record proves their unique sound – a combination of progressive rock and alternative – has a certain staying power.

Satori takes off with opening track “Speak To Me” in a storm of bitterness voiced by the unique strength of vocalist Ben Walsh. From the first moments of the track, Walsh screams, “You can’t play innocent,” but in the next instant sings the verse clearly and with ease. “Speak To Me” is a strong opener that launches the listener into the next twelve songs. Though it is less potent than others on Satori, it easily makes way for the expanse of the album that is to come.

“Failures” is thrust into a fast-paced rhythm by Blake Dahlinger’s thunderous drumming, which is prevalent throughout the entire album. Dealing with themes of judgment and failure, the second track praises those who fail because at least they tried. Walsh also cleverly writes in a reference to Edgar Allen Poe’s poem The Raven and even touches on existentialism near the end of the song. Continuing the unique lyrical style, “Ivy” pairs a simplistic chorus with botanical metaphors riddled throughout the song. The lead guitar is more resigned on this track, leaving the heavy chords and deep bass line to stand out prominently alongside the vocals.

“Artful Temptress (Paint Me Senseless)” opens with some beautifully calm and effortless vocals on Walsh’s part, but quickly jumps into the fast rhythm already established on the rest of the record. Just after the bridge, guitarist Ian Pedigo’s captivating lead riff endures a brief solo and then plays out until the end, developing the final verse’s weight. The layering of vocals adds depth, and the song also features some addictive harmonies throughout, especially to emphasize the ending lines, “You know some things are better left unsaid/ Like when you told me that you loved me back/ I shouldn’t have believed you then/ No I should have never asked.”

Keeping with a concept begun on previous EP Karma Never Sleeps, “The Frame II: Keep Breathing” is the second piece to a story written backwards that follows a character and a dying lover on the run. Though most lyrics on the record tell some sort of story, the Frames describe with vivid imagery a narrative that plays out like a dream. Though the nature of the song is fictional, the emotion portrayed on this song is perhaps strongest on the album.

At first, “Four Letter Words” sounds like any other track on Satori. However, the moment the powerful and energetic vocals of The Material’s Colleen D’Agostino accompany Walsh, the song becomes a step forward for the band. The chorus is thrown around like conversation in a call and echo format that Walsh and D’Agostino seem to have mastered. Their voices weave separately, meet, and disperse again through the lines like one might imagine the physical circumstances of two people battling certain four-letter words. This center track also marks the only vocally collaborative effort on the album.

If “Echoes” doesn’t grab your attention from the start, it will certainly grow on you. The track begins with an even pace and steady vocals as Walsh reminds, “No one can take your voice from you,” in a particularly striking lyric. In the second verse, listeners will find a blatant reference to Karma Never Sleeps as the song touches on the concept of karma and ignorance. What makes “Echoes” important, however, is the way it ends. The last minute or so of the track quiets to a simple, repeated melody strummed lightly on guitar and Walsh gently humming a somewhat haunting tune. The quick changeover from the fast-paced chorus to acoustic humming proves that the band can be dynamic and still just as strong.

The acoustic style continues for a couple extra minutes in “Occupatience,” the only fully acoustic song on the album. Though the acoustic guitar is gentler and Walsh’s voice is lower, slower, and softer, the song seems to be just a quieter, stripped-down version of itself. It lacks the emotion it needs to make it the powerful acoustic song it’s trying to be, and perhaps would have been better off as a full band, track – or left out altogether.

“Embers” opens with an electric riff that is intricate and immediately memorable, but it is the powerful chorus that makes this song truly stick. Walsh sings about the value found in friendship and love with the lyrics, “You won’t get by alone/ No one’s foreign to the pain of letting go.” A cascading string of notes from the guitar lies between the vocals and the thunderous drums and keeps the chorus sounding huge. This track is undoubtedly one of the strongest on Satori and is sure to resonate with listeners.

The final, thirteenth song, “The Quick Fix,” flows from calmer verses to the fiery chorus and back with ease, though the song describes our inescapable human flaws. Walsh’s unique voice is especially energetic and fluid on this song. His voice is stronger on this album than on any of the band’s previous work – grittier in places, cleaner in others, and showing off more range than before. The simple line “If everyone loved just a little more” is brought to life through layers of voices with different textures and is sung slightly off-tempo. The out-of-sync style makes an already multi-faceted song that much more intriguing and memorable.

Satori is an epic of an album spanning the depths of human emotion. The lyrics are compelling, the melodies are complex but catchy, and the musicianship displays pure talent throughout. It’s a powerful album as strong as the band’s name and fully designed to be dissected. With songs like these, the message can be a little different to every listener who will pick it apart a different way, but there’s going to be a strong impact no matter what. The lyrics are dotted with personal experiences, real emotions, and problems that face no solutions. However, the real strength is the band’s ability to make a connection with the listener, whether through music or through verse, and the intense imagery and instrumentals of Satori make that happen almost flawlessly. There are a lot of places a listener can take this album personally, and it is absolutely worth swimming through the expanse of words and music. Dive in.