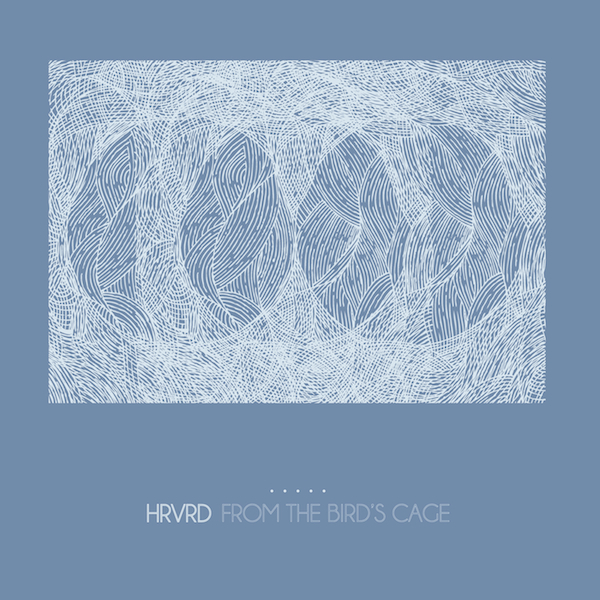 If On Letting Go and Plans had a love child, they would name it From the Bird’s Cage. It’s inevitable that HRVRD’s sophomore release will be compared to experimental indie rockers Circa Survive and Death Cab For Cutie, but this should not discredit the fact that From the Bird’s Cage contains a unique ten songs that highlight HRVRD’s unpredictable and progressive sound. The album contains an array of brilliant pads, textures, and ambience that give the tracks a reflective and even ghostly, haunting vibe. The instrumentation is subtle, providing a cinematic space that draws you in and envelopes you into sweeps of dynamic changes and intensities.

The album opens with “Black CrÃ¨me” which consists of spatial textures and the soothing, echoing voice of Jesse Clasen. After listening through the album once, you will still find yourself repeating the clever hook, “This is bigger than you, this is better.” Although the song may seem redundant and almost sluggish at times, do not be deceived – it simply keeps you on your toes for tracks like “Futurist” which feature more emotive and aggressively driven delayed guitars and intricate, fluctuating vocal melodies that showcase Clasen’s range.

“Kids With Fake Guns” reflects the experimental side of HRVRD. It has a jazzy undertone, supported by swelling clean guitars and drums that sound like they were recorded in a cathedral. The song ends with unique instrumentation, including a mournful trumpet which complements the melancholy tonality of the guitars, piano, and drums. It’s definitely one of the more unique tracks on the album in terms of arrangement and experimentation.

“Cardboard Houses” takes a turn in a slightly different direction while still remaining consistent to the overall vibe of the album.   It contains more folk elements, featuring an acoustic guitar, electric slide guitar, and a shuffled drum beat. The huge, epic chorus of noise, power chords, and ambient delays proves that HRVRD can be both versatile and original.

From The Bird’s Cage presents HRVRD’s ability to delicately craft ambient textures and creative instrumentation to create an intense and interesting album. Every song flows brilliantly into the next, providing waves of soothing sounds and timbres that are reflective yet serene.