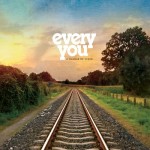 “You made your point when you said we fell apart / I had my words all chosen carefully / I broke your heart so gracefully” are merely a sampling of the lyrics that not so subtly transmit the angry barbs that populate Every You’s debut EP, A Change of Scene.

The album, independently released in September 2009, was produced by Paul Leavitt, who has worked with bands such as All Time Low, The Bled, Senses Fail and The Dangerous Summer — a notable contrast to his work with this Davie, Florida quartet.

Lead singer Matt Burns makes no secrets about his qualms with love and loss, two themes that have often served as the traditional underpinning narratives of the panhandle punk scene and that do not seem to go away. The Florida natives give a much needed rock edge to a genre of music that can sometimes get too bogged down in a competition about whose bangs swoop best. Sharp drumming and precision guitar work back the soaring yet fierce lead vocals, and all six tracks are intermittently accompanied by an excellent choir of gang vocalists.

“It’s taken three whole years just to get this off my chest / I’ve spent the last three months trying to get you out of my head / In the three weeks spent just cleaning up this mess, I’ve read over your lines and I’m trying to find all the thoughts we left in bed.”

However long the creative process, we can certainly be thankful for it. It was certainly time well spent since this is a 20 minute opus that will be stuck in your head for weeks, months, maybe even years.

Every You is touring the southeast through the end of February. A Change of Scene can be purchased through iTunes here.