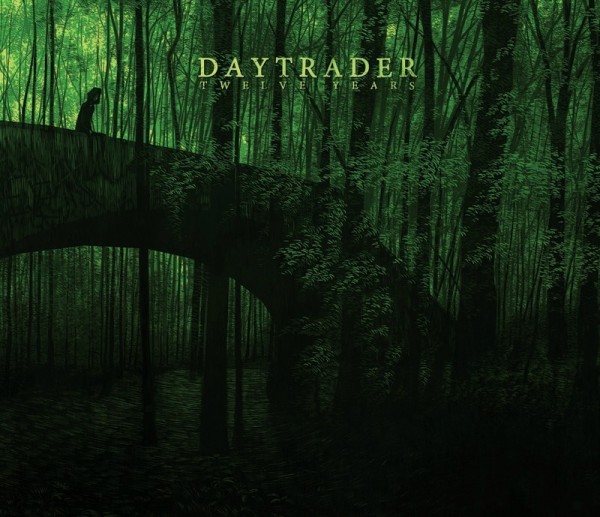 Rising out of the ashes of a few Long Island bands, Daytrader have quickly begun to make a name for themselves as the latest to keep an eye on. Their debut full length Twelve Years  may come across on the surface as an emo-influenced  break-up album, but as you dive in you’ll find it has much more depth than that.

Opener “Deadfriends” immediately draws you in with an almost pulsating beat leading into a strong chorus. The influence of producer Mike Sapone (Brand New, Taking Back Sunday) can be heard immediately – the album sounds massive compared to the band’s early work. “If You Need It” helps build the album’s pace while lead single “Firebreather” will leave the line “How can you breathe when your body’s working against you?” etched into your brain long after the song is over. Vocalist Tym has mastered his craft, shining through on songs like “Lost Between The Coasts,” which focuses on the battle that comes with being away from home, and “After-Image.”

“Struggle With Me” is the shortest track on the album, but that doesn’t stop it from being one of the most hard-hitting. It combines upbeat melodies with hopeful lyrics about trying to make a relationship work like “Nothing easy is ever worth that much / So come on, struggle for us.” The next two songs show off Daytrader’s range as “Silver Graves” would fit in perfectly with their early work while “Heard It In A Song” is a heartfelt acoustic number that could fit right into a flashback scene in a movie.  The highlight of the album comes in closer “Letter To A Former Lover.” Tym spills out all his emotions about the end of a relationship while still hoping for the best for his ex-lover. As he sings, “You know our tragic stories are the best damn ones to tell / If you hear this song some time from now I hope it finds you well,” the honesty is enough to bring tears to your eyes.

With Twelve Years, Daytrader will have you pressing repeat and finding a new little something in the songs every time. Under the guidance of Mike Sapone, the band have dropped most of their pop punk tendencies for a more melodic sound – with very successful results. The music may be reminiscent of older bands bands like Hot Water Music and Jimmy Eat World, but the lyrics will take on a life of their own as each line can be found easily relatable and quotable by today’s generation. If Daytrader continue to grow and put out albums this strong, they may just have a long voyage ahead of them.