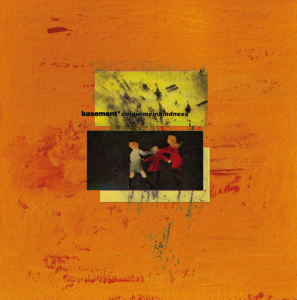 Colourmeinkindness is a force to be reckoned with. On this emotionally-charged record, Basement have dived into the current revival of 90’s grunge and emo music and put together ten songs of near perfection. Working with producer Sam Pura (The Story So Far, The Limousines), the band has given it their all in what will be their last effort before going on hiatus.

Opener “Whole” gets the album off to a strong start as you first get wind of singer Andrew Fisher’s gruff yet melodious voice. “Covet” is a slightly eerie track with the line “When I’m with you, I don’t want to be with you” left lingering in your head long after hearing it. “Spoiled” draws on a more radio rock sound – but if anything on mainstream radio sounded like this, you’d probably be more inclined to listen to it. The poppier “Pine” concentrates on a love/hate relationship as Fisher sings, “I hate myself, but that’s okay … I don’t love you, I just need to be loved.”

“Bad Apple” best represents the grunge vibe the band has adapted, at parts reminiscent of Nirvana. Changing up the pace, “Breathe” starts to slow things down and the somber yet inspiring mood continues throughout the next three songs. “Control” and “Comfort” keep things steady while “Black” features pulsating drums layered behind sturdy vocals. Closer “Wish” wraps up the album nicely, the track being in a similar vein to their previous work. It also serves as a sort of farewell from the band with the line “So long, we’ll end it all / So lost, resume again” – hopefully an insight into how their hiatus will turn out.

With Colourmeinkindness, Basement stand out on their own while still drawing inspiration from both their predecessors and contemporaries. Spanning from drawn-out melodic songs to in your face jams, the record focuses on love, turmoil, and everything in between. It’s a shame the band’s sophomore release may be their last, but it sure is a hell of a record to go out with.