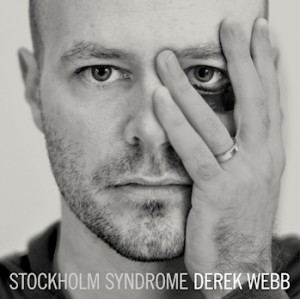 Last May, Derek Webb announced that his fourth studio album, Stockholm Syndrome, had been deemed too scandalous for release by his label, INO Records.

In the weeks following, Webb, a Tennessee native and Christian singer-songwriter, released a series of cryptic messages condemning the legal and publishing feuds taking place over controversial songs. Webb’s fans rallied in support of the former Caedmon’s Call guitarist, voicing their outrage at INO on blogs and music forums. After months of negotiation, Webb agreed to release the record in both clean and uncensored forms. Still, there has been much speculation about the validity of the so-called controversy. Because the messages on Webb’s website revealed a series of Easter eggs including a Twitter account and hidden songs, many are of the opinion that the controversy was manufactured as a strategy to market the record.

Regardless of your view on the issue, one thing is certain: Webb has successfully piqued the curiosity of the masses. Experimental in style and tonality, Stockholm Syndrome combines elements of folk rock with synthesizers and artificial beats that resonate with tension. Webb uses this fusion of genres to provoke a response from his listeners.

Stockholm syndrome is a term used to describe the behavior of victims of trauma (usually hostages) who express admiration towards their captors. This complex psychological phenomenon can easily be compared to Webb’s politically charged lyrics.

In “What Matters More,” Webb criticizes members of the Christian faith who oppose homosexuality:  “Cause we can talk and debate until we’re blue in the face / about the language and tradition that He’s comin’ to save / meanwhile we sit just like we don’t give a shit / about 50,000 people who are dyin’ today.”

Here, Webb calls out members of his faith for the amount of time and effort spent criticizing homosexuality while thousands of people around the globe are suffering and in desperate need of aid. While he was widely condemned for his use of profanity in his lyrics, it is important to note that Webb does more than simply sympathize with the gay rights movement; he raises the question of morality in the face of religious teachings. Webb continues in this vein with songs like “The State,” a slow, stately lament in which Webb protests the marriage of church and state, and “Freddie, Please,” a ballad aimed at the notoriously anti-gay Fred Phelps of the Westboro Baptist Church.

While the jury is still not out on whether or not Derek Webb is a marketing genius or simply unafraid of causing a stir, fans of Webb’s music will not be disappointed by this confrontational and thought-provoking album. Visit http://www.derekwebb.com/ to purchase Stockhom Syndrome and get a free download of “What Matters More.” (4/5)