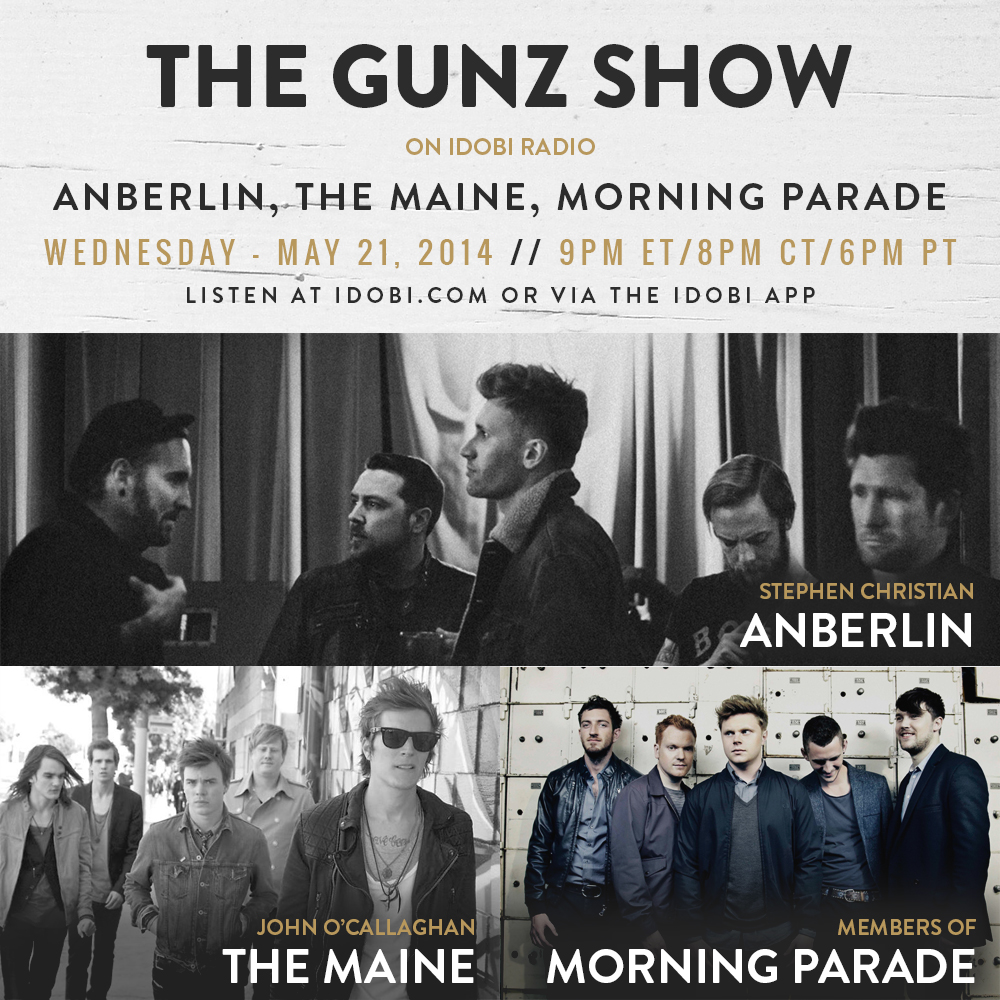 Tune in Wednesday, May 21st at 9pm ET, for The Gunz Show on idobi Radio. Your beloved host Gunz will be speaking with Anberlin, The Maine, and Morning Parade.

After announcing their impending breakup, Anberlin recently released information regarding their upcoming (and final) album, Lowborn, as well as their final world tour.

The Maine recently announced the release of a deluxe edition of their 2013 album Forever Halloween, which contains 5 new songs. The first new single will be released on the 21st.

Morning Parade have recently released their new record Pure Unadulterated Joy and is currently on tour, with their final few dates on the east coast.