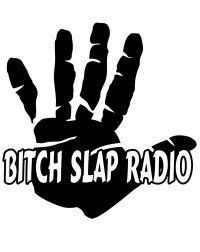 Tonight on the show we will have James returning after his week long injury that has had him bed rested for the last 3 shows!  Thats not all! Tonight on the show we bring back Alix the bionic Women, or the girl whos had more sex in public places then in beds but hey we wont hold that against her!

Its a party tonight, everyone will be their hanging out talking about bullshit we really dont have anything planed! We might play a MasterDebaitor we might not, we might just have a fill in the blank segment we might not the only way to find out is to tune in tonight!

Last! On the show we will talk about some of the new things we will be working on while we are on break! New segments, new bits, new games, a lot of new shit all coming your way!

BUT! Fear NOT fellow Bitch Slapers! We will still Bitch Slap your face every monday, and thursday nights with RE-RUNS!!!!! Oh yea We wont tell which shows we will be re-running but we took a vote, and we will play some shows from the past cast, some shows from the present cast, and some old old old shows that some of you might say wtf are they talking about!