Bart Got a Room’s director Brain Hecker will be with us this Tuesday night on S&M Radio! Be with us as he speaks about what it’s like to work with William H. Macy on the set.

S&M Radio’s Sam E. Goldberg also has a cameo in the film!

OPENING APRIL 3RD – APRIL 5TH WEEKEND: DON’T MISS the charming comedy BART GOT A ROOM starring William H. Macy and Cheryl Hines, about the humorously pathetic life of South Florida native Brian Hecker who grew up as a nerd in Hollywood, Florida. Last year, he came back to his hometown to shoot his autobiographical feature. His divorced parents are portrayed by Hines and Macy respectively, playing recently divorced parents in the film. He even got Macy to sport very curly hair to look as close to his dad as possible. The movie premiered at the Tribeca Film Festival last April to rave reviews. Variety called the film “…a funny coming-of-ager set in the retirement community of Hollywood, Florida. Lovingly based on the helmer’s own adolescence and dysfunctional family, this delightful comedy is tightly scripted, strongly acted, confidently directed and impressively designed.” 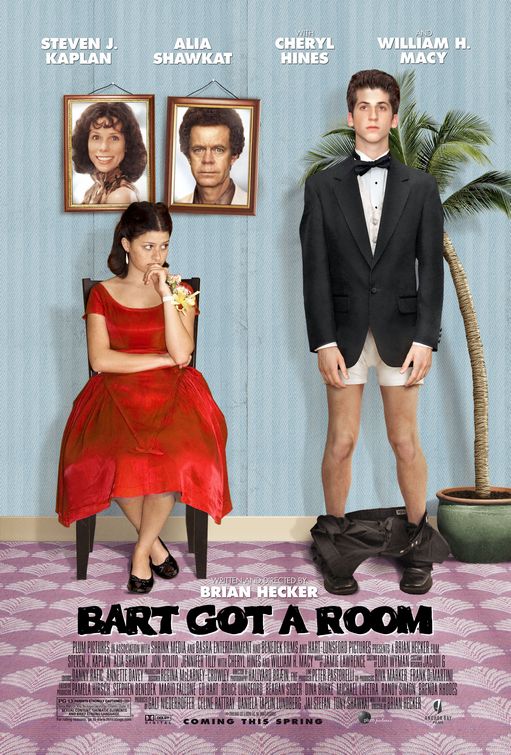