After idobi Radio’s owner grilled Jarrett Seltzer (25 – Lyndhurst, NJ) about his humiliating arrest and incarceration, the Houston Calls bassist and Crash Test Radio host abrubtly ended the interview. The Crash Test Radio studio has also been quiet for the past three months when Seltzer claimed a packed schedule – but subsequently appeared on Jonathan London’s Geekscape (podcast). 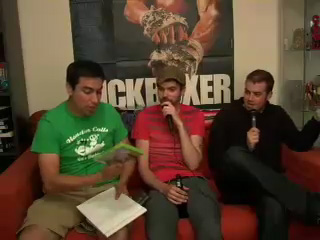