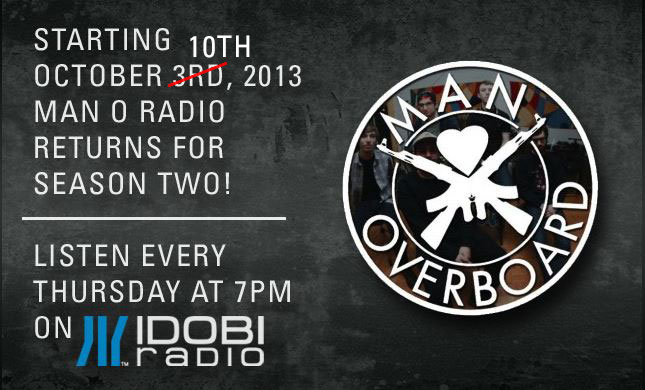 Man O Radio, hosted by those crazy dudes in Man Overboard, will return on October 10th! The show’s second season will air every Thursday at 7pm on idobi Radio and feature a myriad of topics and guests. The boys will be out on the Glamour Kills tour with Mayday Parade, Cartel, and Stages and Stereos, where most of the recording will take place! Get to know the show hosts and be sure to tune in on Thursday!

Dom (Merch Manager) – aka TheDommm. Dom’s got stories from his past and he’s going to share…. strap in.
JohnK (Guitar Tech) – John has never heard a Man Overboard record. He loves Purling Hiss and The Bronx. He slicks his hair and primarily wears boots.