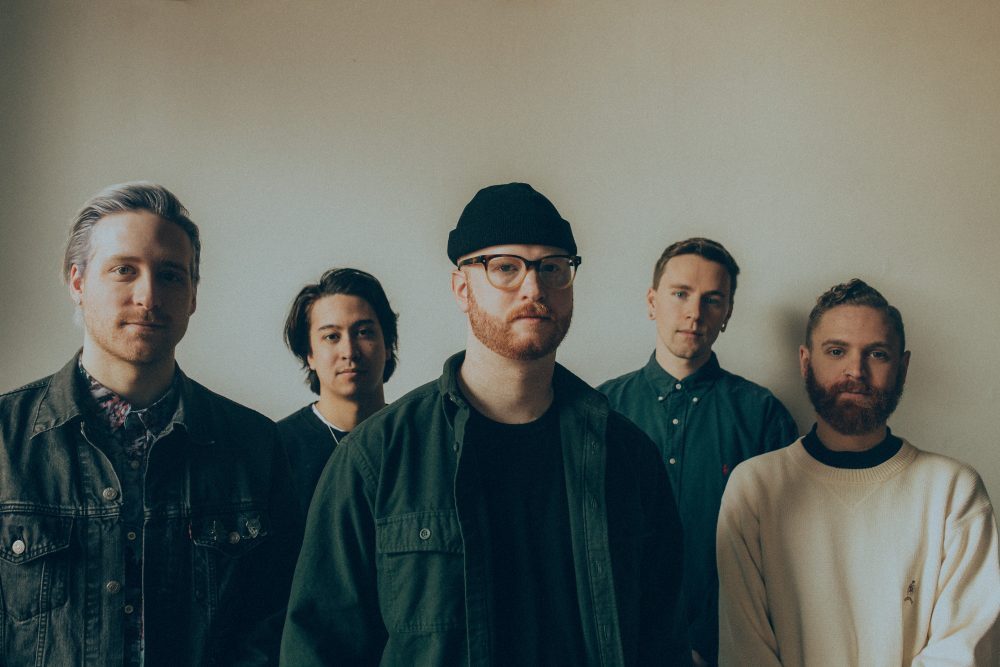 Toronto band Like Pacific is so insanely likeable that it’s almost infuriating. The tunes are sugary slabs of infectious pop-punk that get their hooks into you from the opening fuzzy riffs and never let up. Then there’s frontman Jordan Black, a super-polite, openly-gay musician who has naturally become a punk rock role model in the LGBTQ community.

There’s nothing about Like Pacific that doesn’t leave listeners with the warm n’ fuzzies. The dichotomy—the yin to their “nicey nice” yang—is this is a band genuinely playing the music game by their own rules. That’s an expression that gets tossed around willy-nilly but it holds up to scrutiny here; they’re not megastars, they work day jobs, so they’re not clinging onto fame. They have a loyal fanbase that will stick by them and that’s enviable.

Whatever the hell they choose to do musically, however, Black and his band additionally represent the punk rock and the LGBTQ communities, the Toronto scene, and indeed Canada, in whichever manner they see fit. The group is doing it on the international stage nowadays—that’s all a far cry from their 2010 beginnings in the suburbs of Toronto.

“…with In Spite of Me, the second album, we knew what we were doing. We took our time. We went into it knowing what we wanted to write.”

“I think that was the time when we were all experimenting with new music and stuff,” Black says. “We stopped listening to deathcore. I was asked to be in the band, but we weren’t serious at all. We got together at the weekend to play music in the basement and stuff like that. It went from there. Some of us decided to move the band to Toronto after a year or so, and I think we really started in 2012 once we started playing more shows, trying to go on small tours. That’s how it came to be. Wanting to jam.”

Black describes his band’s sound as simply “pop-punk,” though he admits that new album In Spite Of Me, which was released in July of this year, is both more melodic and harder hitting than the 2016 debut Distant Like You Asked. He’s right too—this is the sound of a band that is comfortable pushing their own limits, as well of those of their listeners.

“We were excited to get the first record done,” he says, “to have it down, but we felt like it was a little bit rushed. We were super-proud of it. But with In Spite of Me, the second album, we knew what we were doing. We took our time. We went into it knowing what we wanted to write. We wanted to go a little bit heavier. Overall, we’re so proud of In Spite of Me. I hope it does big things.” 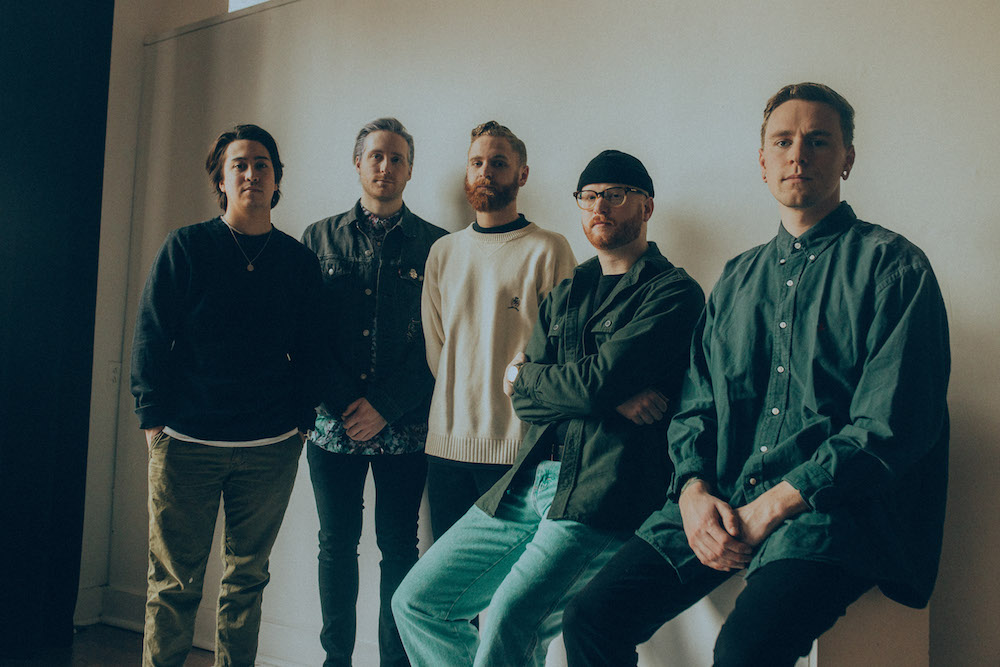 The response in the first month of the album’s release has been overwhelming, according to Black. People in Canada and the States have been going insane for the new material at shows, and the singer anticipates more of the same when the band tours the States in October. Black enjoys coming across the border to the U.S., despite the chaotic state that the country is in under the current administration.

“I think the U.S. politics shit is all pretty fucked up,” he says. “Everyone knows that. But every major city in the States is a great place to play music and I feel like a lot of the fans really, really try their hardest to come out to your shows and support. They don’t care if you’re American, from the UK or whatever. If they like you, they like you which is awesome. I think it’s really hard in Canada to break out of the Canadian little bubble. We got lucky doing that, so I’m very appreciative. We can go to anywhere—Boston or San Francisco—and have a bunch of fucking people singing your songs. It’s pretty sick. So besides the politics thing, the fucking whack stuff that’s going on, it’s still pretty amazing.”

Fair enough, although that doesn’t stop many of us looking enviously at Justin Trudeau.

“He’s no saint,” says Black, “we have some messed up parts as well, for sure, but I mean you’d definitely take Trudeau over Trump.”

“…every major city in the States is a great place to play music and I feel like a lot of the fans really, really try their hardest to come out to your shows and support. They don’t care if you’re American, from the UK or whatever. If they like you, they like you which is awesome.”

In Spite Of Me was released—like their first album and the self-titled 2015 EP—via Pure Noise Records, and Black says that the label is the ideal home for the band.

“When we were shopping the first EP around back in the day, Pure Noise was the most ideal label to be on because we liked a lot of the bands that were on,” he says. “Also, we know some of the bands on it, so it just made sense. When we got signed, it was insane. They back us so hard and obviously want what’s best for us. They’re the most hands-on label we ever talked to. It’s pretty cool.”

As for their geographical home, Black says that there are a lot of great up-and-coming bands in Toronto right now and, while the city goes through a lot of “weird phases,” there’s always something interesting going on. 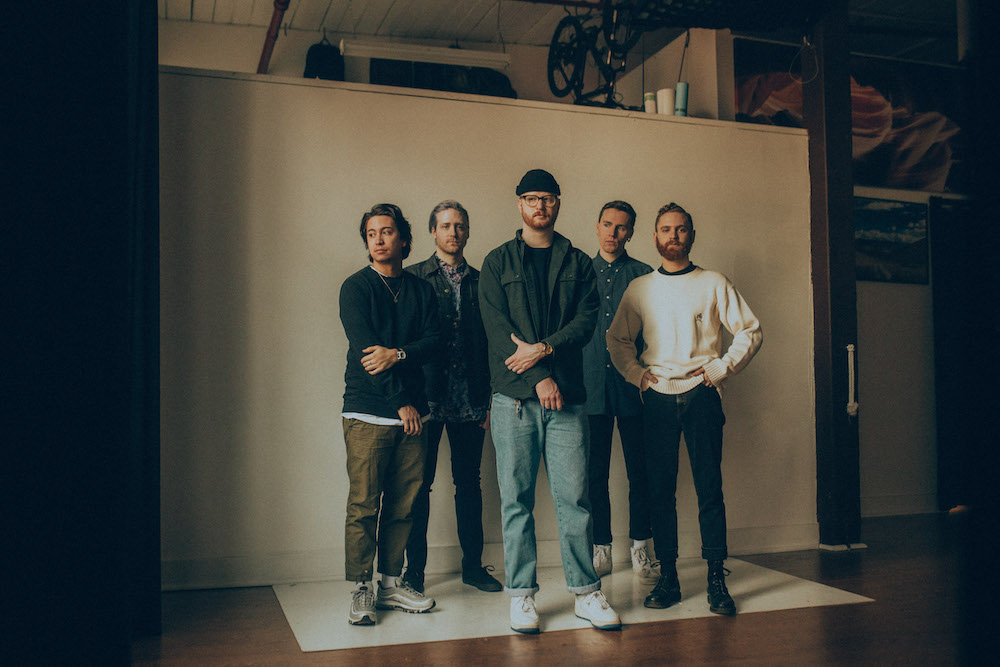 “It comes in waves,” he says. “In the last two years, a bunch of bands from Toronto did really well. Seeing people you know do super-well is the most cool thing in the entire world.”

In fact, Black believes that this is a great period for punk rock overall. Indeed, one of the best ever. That’s a bold statement, but he really means it.

“There’s a lot of creative shit,” he says. “There’re so many genres of punk. So many options. Pop-punk, hardcore punk, nitty-gritty-ass punk. There are so many bands that are putting out such cool sounding records, and then also breaking the norm and going in different directions from their last records. Bands that are doing stuff that sounds like Fugazi and shit, to this day, which is pretty amazing. 2018 is the year for sure. Punk’s a pretty broad thing nowadays but, for sure, it’s better than ever.”

“Punk’s a pretty broad thing nowadays but, for sure, it’s better than ever.”

To conclude, we ask Black what he’s going to be doing with the rest of the year now that the sophomore album has dropped. Touring, naturally, will take up a chunk of it. Besides that, though, much like the rest of us, the man’s gotta work.

“I sell salvage denim at a store,” he says. “Expensive-ass denim to people that have money. And I also work at a gay bar called The Eagle. I bus there one day a week, every Friday. I make some decent money. I’ll enjoy the rest of the summer, and then we have the tour in the fall. That should be pretty amazing. I’m ready to go back to the States and tour.”

And we’re ready to see you, good sir. Because, while Like Pacific might be all smiles, there are swathes of stubborn originality about what might initially seem conventional. And those uncomfortable bedfellows are a theme that makes this great band all the more interesting.