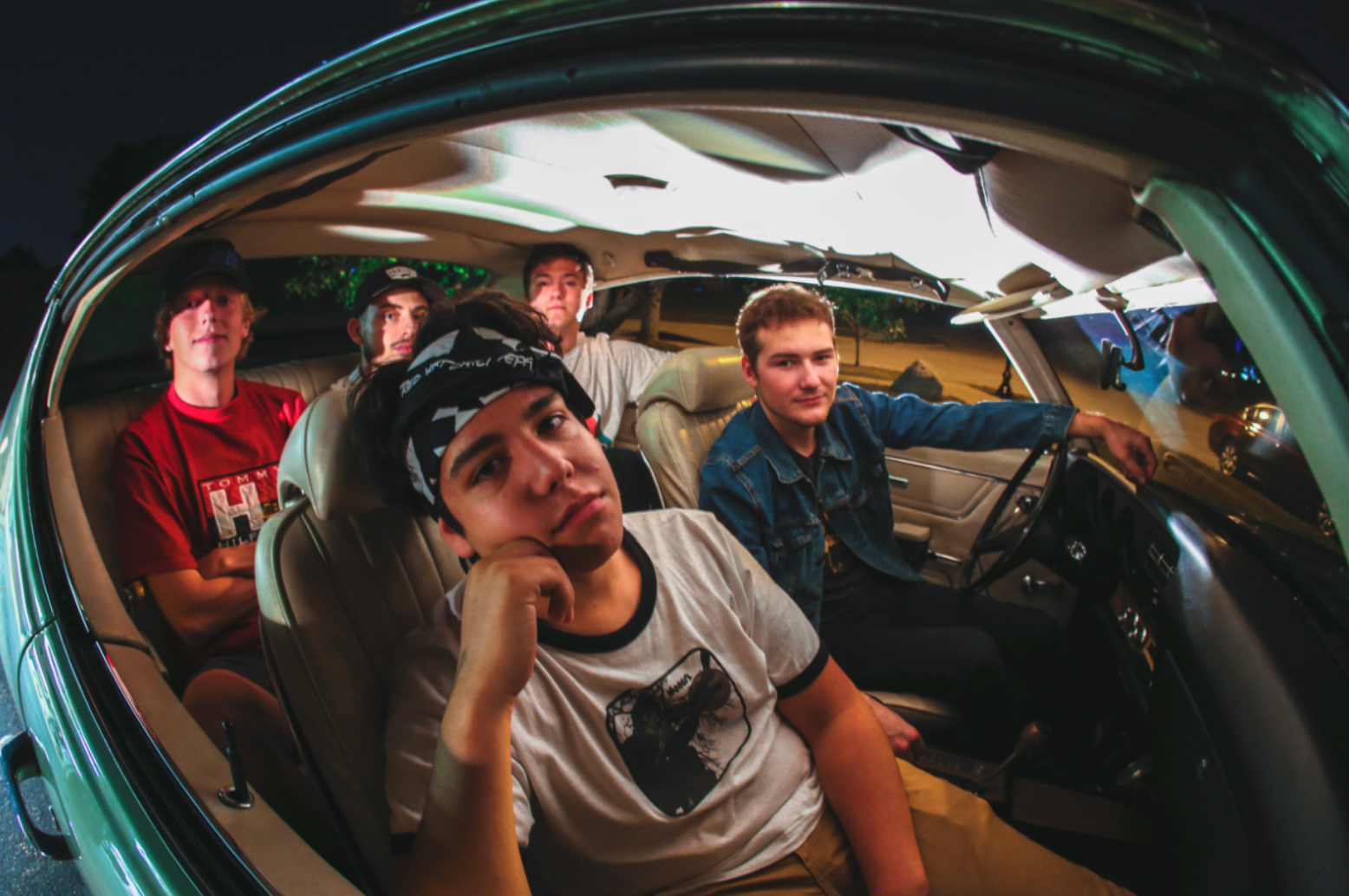 Being new in the music industry is difficult. Bands on the rise and mainstream artists are taking the airwaves by storm releasing something new everyday. Some are heard, others drowned out. With no written formula for the next big thing, failure can seem imminent. The boys in Authentic Pines are embracing what it’s like to be a young yet mature band in a hard creative world.

“Music is hard,” says Joel. “You see a lot of the music industry of people blowing up, but that’s not what the process really is. It’s really a lot of late nights and early mornings of hard work. A lot of fruitless efforts, a lot of getting your hopes up and your dreams crushed by a single person. It’s tough out there.”

“You see a lot of the music industry of people blowing up, but that’s not what the process really is. It’s really a lot of late nights and early mornings of hard work.”

The group spent weeks in the studio finding tips and tricks to record their album. During this process they faced hardships and blocks they needed to triumph over if they wanted to succeed with Better Broken. “The music industry itself goes along that old saying, ‘Spend money to make money’ but the reality of it is, ‘spend money so other people can take more money from you’,” says Vince. “You spend money until you quit.”

“It’s hard to try and do everything yourself,” Nathan adds. The band completed their work at Word of Mouth Recordings in downtown Chicago. If it wasn’t for the professional atmosphere the band doesn’t believe they’d have made it through. Nathan continues, “You want to do it organically but it’s hard to grow by yourself in this day and age.”

With the music sounding wonderful, the band hit another hardship: Their age. Being under twenty-one while trying to book shows at venues that sell alcohol is nearly impossible unless you can appeal to a 21+ audience. “[The age situation] kind of shuts down a lot of gig potential being a young band,” Fredian says, who is entering his senior year of high school. “Not being able to do 21+ shows is really tough on us, especially when venues want to make money and a lot of their revenue comes from alcohol sales.” 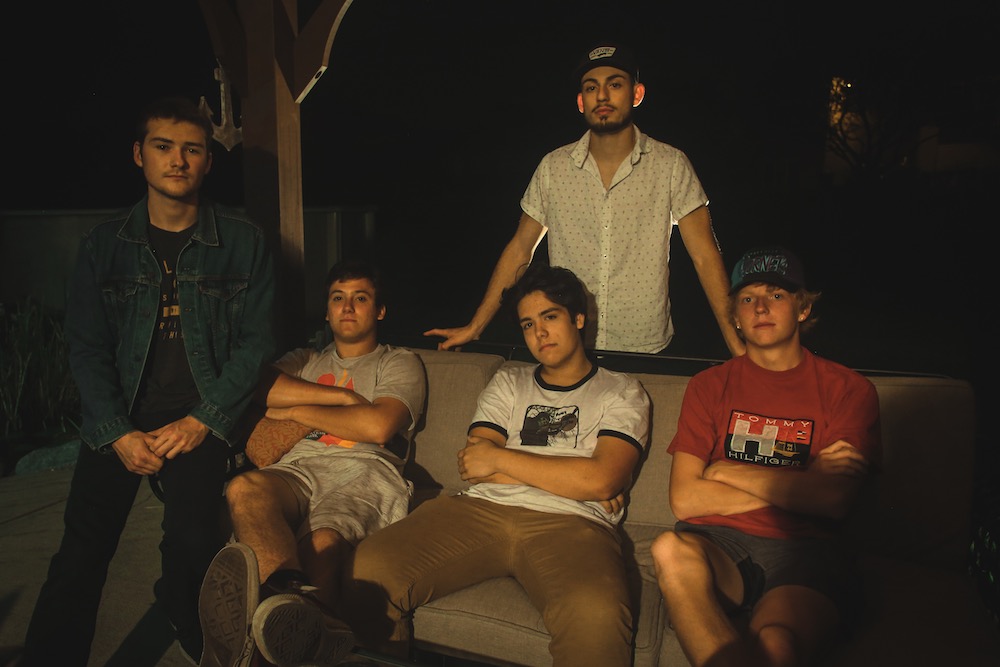 It’s hard to be taken seriously as a band of teenagers. Those who listen to their music know Authentic Pines pull you in with their meaningful lyrics and maniacal onstage performances. However their age hinders them from getting approval from those who don’t know them personally. To combat that they’ve been active on Instagram, putting on house shows, playing in festivals, and appearing in recorded live-studio performances.

“The thing that hit me was at the Foo Fighters show in Chicago in early August,” recalls Vince, “one of the opening bands had 400 monthly listeners on Spotify while we have 14,000, and there they are opening for the Foo Fighters. Their music was dope and they deserved it…Down the line, we think that could be possible for us.”

“Everyone kind of thinks of us as a kid band because of our age. They’ll joke around and say, ‘Wow, I’m surprised you’re really good’,” says Joel. “Our music is something we take seriously, and it’s to the point where a number of people will give us backhanded compliments about how good we are although we’re young…it can get frustrating when they depict our age as an excuse not to listen.”

“I’ve been over two and a half years sober but being able to take that experience and put that in a song to help people means so much to me.”

For Authentic Pines, making the music is only half the battle. If you’re unable to promote yourself you’re going to run out of luck. “The industry has devolved in such a way, where you’d go out and play shows and people would come because it was a norm to support local bands,” says Nathan. “You can’t just go out and play four times a week and grow a fan base, it’s just not like that anymore.”

Despite the hardships the band tackle the odds with purposeful lyrics and determination while recording and performing. With serious songs, like “Better Broken” and “Pineapple Boy”, Joel recalls what it means to bleed into the microphone. “We tend to send a mature message with our music,” he says. “Our song ‘Pineapple Boy’, I hope it inspires other people. I wrote it about an overdose I had back in 2016. Being barely sixteen years old and being heavy on hard drugs, it does something to your life.” The courage to take such a traumatic time in Joel’s life and release a song about it has changed the way the band thinks about music. “I’ve been over two and a half years sober but being able to take that experience and put that in a song to help people means so much to me. Out of the hundreds of thousands who have listened to it, it only matters to me if a few people are affected and truly touched by it.” Although they want a steady following, the band takes solace in the fact people are reacting to their music in a more emotional way. “The fact that it resonates with people is just so surreal.”

Besides the emotional message they send, the main catalyst that makes this band different from others is their on-stage performances. If you’re ever fortunate enough to see AP on stage you’re going to witness a frenzy by lead singer Joel. “Joel, he’s on another level,” says Verdico. “He always brings this energy that’s incomparable to anyone I’ve ever seen. Whether we’re playing in front of hundreds of people or a basement of fifteen plus, he’s always making the most of it. He’s a madman on stage.” Fredian also says, “We could be playing in front of a tank of goldfish and he would still be going nuts.” 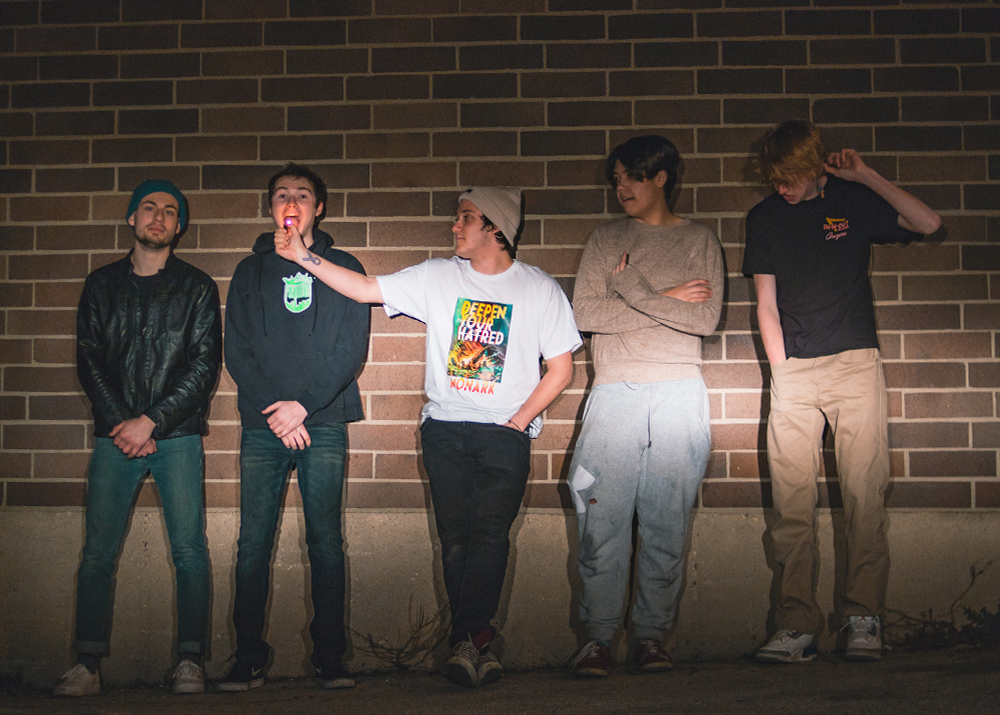 Joel’s inspiration for being a “mad man” on stage is from a concert he attended back in 2016. “I got that inspiration when I was introduced to The Struts and saw their Lollapalooza performance in 2016. They were ecstatic and played with heart and left you in love with their music.” He later jokes, “So, for me, I want people to fall in love with me and feed off of me like five different times during the set.”

From listening to the music and seeing who they are as people, there’s a pure sense of emotion and wholehearted passion that surrounds what these young men do. It’s what helps Authentic Pines thrive despite the adversity they face throughout the music industry. They’re a pivotal example of what it means to break past the norm and do what you love. If something seems bleak there’s always a path you can follow to make the impossible seem feasible. In the end, Joel’s message to the fans and newcomers is simple:

“I just hope people listen to our music, feel something, and are able to take away something from it. Whether you feel sad, happy, or inspired, I’ll feel satisfied and left with gratitude.”