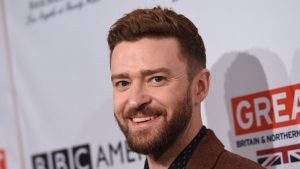 After an awesome and by all accounts from those in attendance – pretty amazing performance last night at the same venue, Justin Timberlake has cancelled his Madison Square Garden show tonight.

He did so, about 2 hours before doors were supposed to start.  (Fans aren’t happy)

I’m hearing that he did so because of “Throat issues,” that he has been suffering throughout the tour.
Last night one could see that JT was noticeably not singing as much as he would have in the past… electing to put the mic out and let the crowd sing some of the parts.

Was it throat fatigue?  Was it vocal issues?  Or was that just what one is supposed to expect with the show now?   30 Seconds to Mars frontman Jared Leto did A LOT of it (I was there in person) on his last run… made me come to the conclusion that he just can’t hit those live notes anymore night in and night out.
I’m not saying JT can’t hit the live notes, because we know he can… but the show last night was a lot less singing than normally one would expect.

THE OTHER REASON FOR TONIGHT’S CANCELLATION?

Although not confirmed; security issues.  Based on today’s mailings containing some sort of “Explosives,”  to CNN, the Clintons, the Obamas and other political people,
there is speculation that the show was cancelled due to a heightened security risk.

As someone who works in the news, I don’t really believe this one.  Especially the show being in NYC and it being Justin Timberlake.  Security was always going to be heightened to begin with.