I feel like that’s how I would yell at 911 after I called them telling them that there were a ton of freaking GOATS on a random street in Brooklyn (Wycoff) at 4am this morning.  Because, that’s literally what happened. 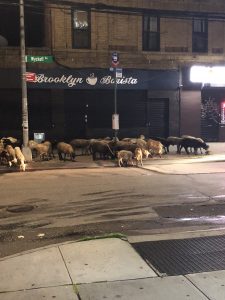 For some reason I can’t stop laughing at this.  I love when this kind of stuff happens when it shouldn’t.  AKA, in the middle of f’n Brooklyn of all places.

I’m still gathering details on what exactly happened, but apparently there is a live meat shop (what’s up vegans and vegetarians!) across the street of Wycoff and Hancock Avenue.

And well, just like Willy wanted to be Free… so do these goats.

I can envision myself being there and just grabbing their horns and screaming “RUN YO… RUN!!”

Which begs the bigger question and argument.  I feel that if goats or any sort of animal actually breaks out of a place where they may be killed or held captive, that they should automatically be given clemency, shown mercy, and free for the rest of their lives.

They put in the effort and the smarts to break out.  These are no ordinary goats.  They should live in the greenest pastures ever for the rest of their lives, right?  Props to these goats. 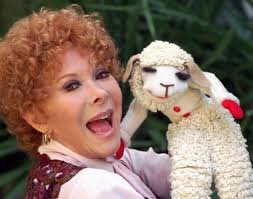 EDIT: Apparently a goat and a lamb is sorta the same but not really the same animal?  So I have no idea if the lamb chop part works, but I do know that I like lamb chops a hell of a lot more than I like veal.  Veal is gross.