‘Tragedy Girls’ is and isn’t what it seems to be—don’t get it twisted, it is a very good horror comedy—but like any charming psychopath the movie grabs you with its duality and its duplicity. More on that soon. The opening starts in typical slasher movie territory: A girl and a guy making out on a spooky bridge after dark…you know what happens next…but the story quickly dismembers the genre with a shocker. I’m reminded of a Nike commercial based on “killer in the woods” movies. A homicidal maniac attacks a woman in a cabin but she’s wearing her Nikes. She dodges him, leaps over a log, and outruns him. She doesn’t fall, she doesn’t need saving. Enter Sadie (Brianna Hildebrand) and McKayla (Alexandra Shipp), a pair of high school girls who have come up with a diabolical plot to turn themselves into internet heroes: Kill people themselves so they always have the inside (Instagram) story on murder. After all, when you’re the hero AND the villain you dictate the story.

Written by Chris Lee Hill & Tyler MacIntyre, based on an original screenplay by Justin Olson and directed by MacIntyre, Tragedy Girls treats us to a pop-culture buffet with tasty lines like “To make an omelet you have to kill some ex-boyfriends” or “It took a lot of stray cats and dogs to come up with this mix [of poison]”. We’re also witnesses to the most horrific version of To Catch A Predator you’ve ever seen, along with a series of Rube Goldberg Machine murders that put the giggle in gore. Your head will spin but that’s totally fair when you consider some of the victims’ heads spin too. ‘Tragedy Girls’ is sharp filmmaking in visuals and voice; the cinematography, the social observations, and the purposefully melodramatic performances all hit the mark to create the bright hyper-emotional world you’d expect from a pair of killer prom queens.

The result is a slasher-comedy that takes its cues from cult classics Heathers and Scream and apparently a 2015 Australian film The Final Girls. Each of these movies plays the tropes to create horror movies that poke fun at the genre while giving it a lot of love. For me, the ‘Tragedy Girls’ predecessor that stands out most is Tucker and Dale vs Evil—the plot is fueled by the perception of who the killers are. Sadie and McKayla use their prom-planner personas to hide their homicidal tendencies, in the same way they use everyone’s perception of the killer in the woods as camouflage, which enriches what they perceive as the perks of being a victim. The tragedy girls are in it for the likes, the book deal, and the viral sensation. For them the people they kill are no more real than their carefully curated timelines—it’s all about the optics, bae. 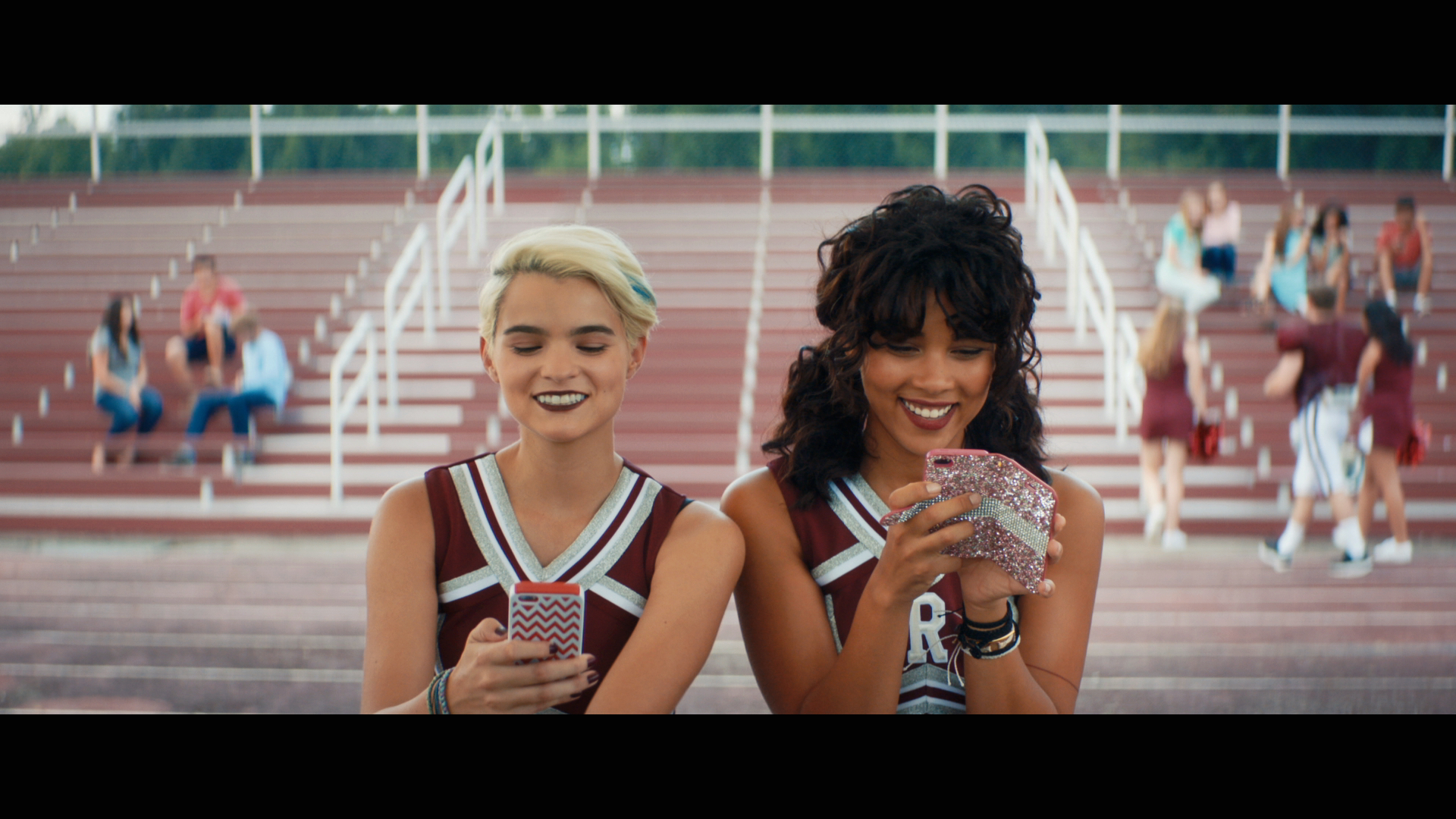 Now that we’re clear on the duplicity, here comes the duality. Tragedy Girls not only dismembers the predictability of slasher films, it absolutely demolishes the stereotypical teen girl tropes—you know, those archetypes that movies have been shoving down our throats since the 80s? Sadie and McKayla are all of them at once. They’re simultaneously cheerleaders and artsy outsiders, they’re the mean girls but the captain of the cheer squad makes fun of their fashion. Sadie is the punk rock misfit, McKayla is the nerdy rich girl, and yet they stan and torture the boys in their lives. See? They are every movie girl. On the flipside, the men and boys in ‘Tragedy Girls’ are every male savior-type we’ve had to grin about and throw side-eye at since the 80s. There’s the nerd boy who’s a better friend than any girl could ever be (Jack Quaid), the sheriff who sees all and just needs proof to set things right (Timothy V. Murphy), the juiced-up fireman who’ll walk through fiyah to save us (Craig Robinson), and the living leather jacket who just gassed up his motorcycle to rescue all the girls (Josh Hutcherson). And the dudes go on… 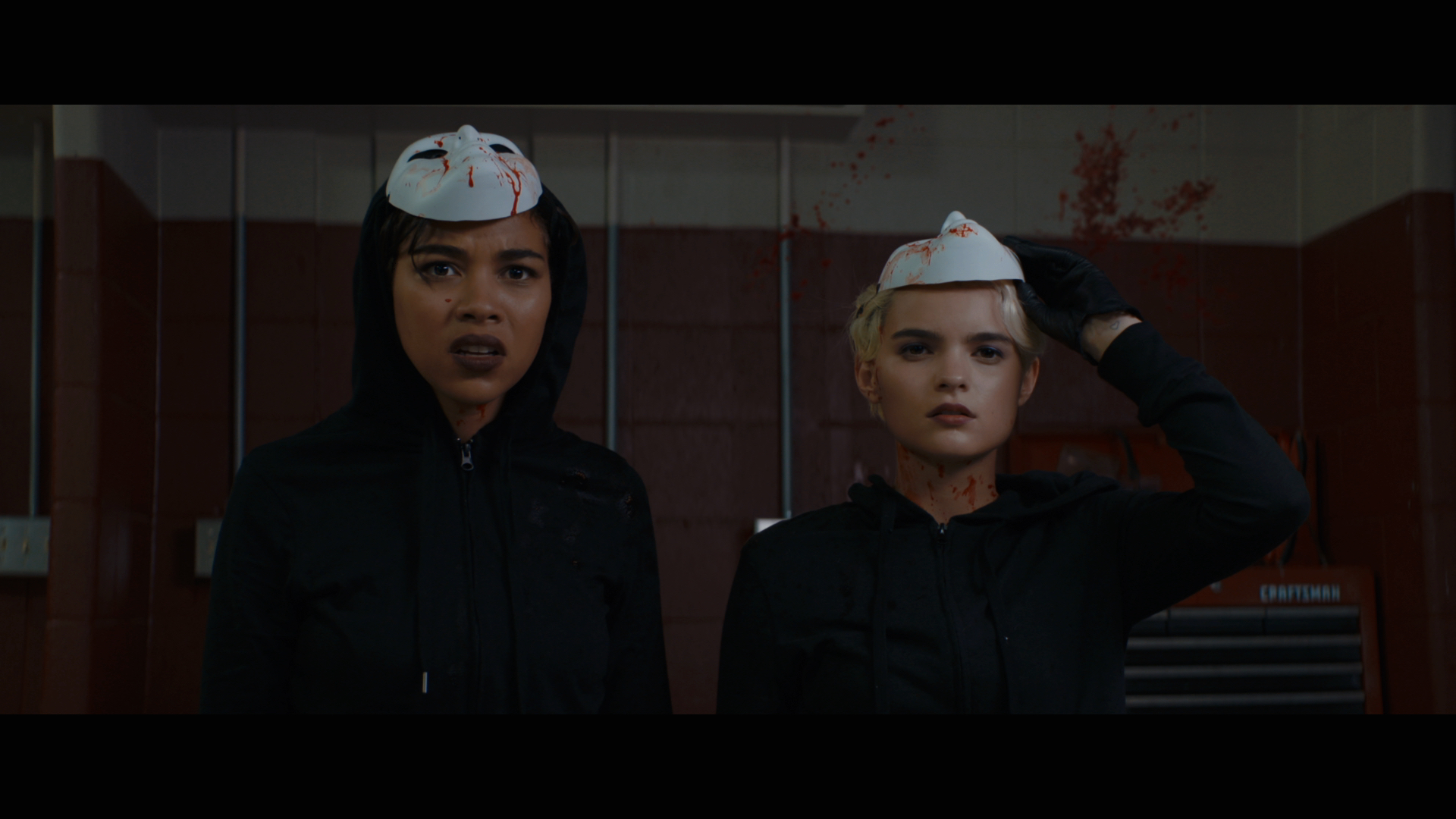 …and that’s where ‘Tragedy Girls’ gets juicy. Sadie and McKayla are a pair of demented bastards but they do not conform to expectations of what a teen-girl-in-a-movie “must” be. They slash those expectations with their well manicured claws. These girls chose their future; no boy, man, or leather jacket makes the choice for them. That’s refreshing enough that you’ll actually cheer for these maniacs. They slay in a way we wish Carrie would have (if you don’t leave the burning gym wearing flawless fashion it’s not a triumph). They face down oppression in a way we wish Thelma and Louise could’ve (it’s not riding into the sunset if you drop off a cliff). They make bad choices—horrible sadistic bad choices—but they are never afraid to be who they are. There’s something we can take from that…not the murder-y part, leave that part on the screen…put it down, put the knife down… What we CAN take from ‘Tragedy Girls’ is that we can break the mold—teenage girls don’t have to play a predetermined role, you can be more than one archetype, and the person you love doesn’t define who you are.

The relationship between the tragedy girls is kinda amazing too—not the “murder twin powers activate!” parts but the unbreakable bonds of female friendship parts. 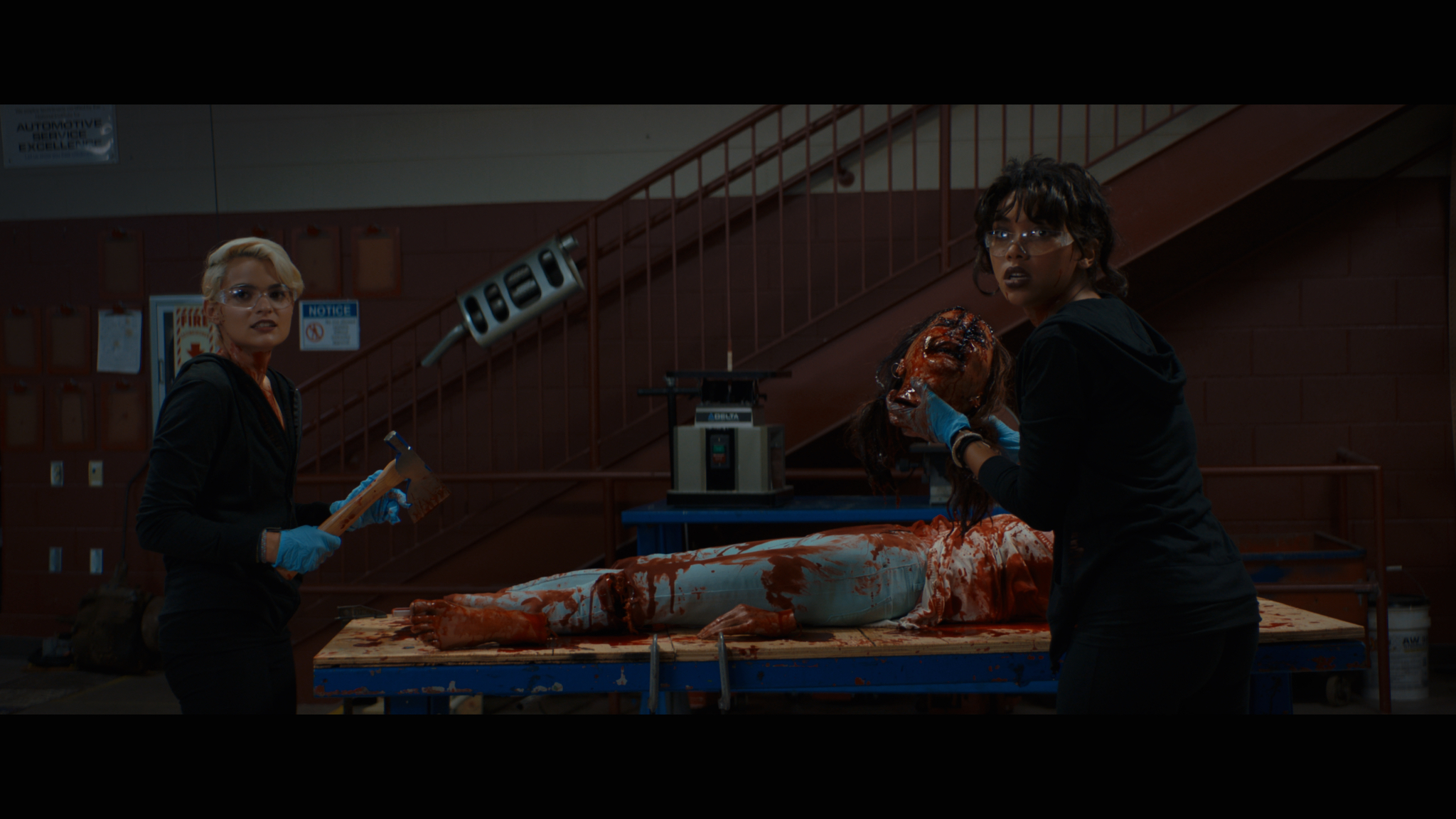 After making that point, I feel it’s important to remind you this is all metaphor; the murders are representative of “slaying” the boundaries other people put on your potential. Make. good. choices.

In the end: See it. ‘Tragedy Girls’ mixes comedy, horror, friendship, and snark into a Molotov cocktail that could easily become a new cult classic.

Film Review: Dolemite is My Name