Every music fan has a closet full of band tees–but how many can say they douse their lunch in a band’s branded hot sauce and eat it with a band’s branded plastic fork? We’ve gathered some of the most ridiculous band merch we could find for this week’s Tuesday Ten. Check it out below! (And as an added bonus, click the images to buy any items that are still available for sale.) 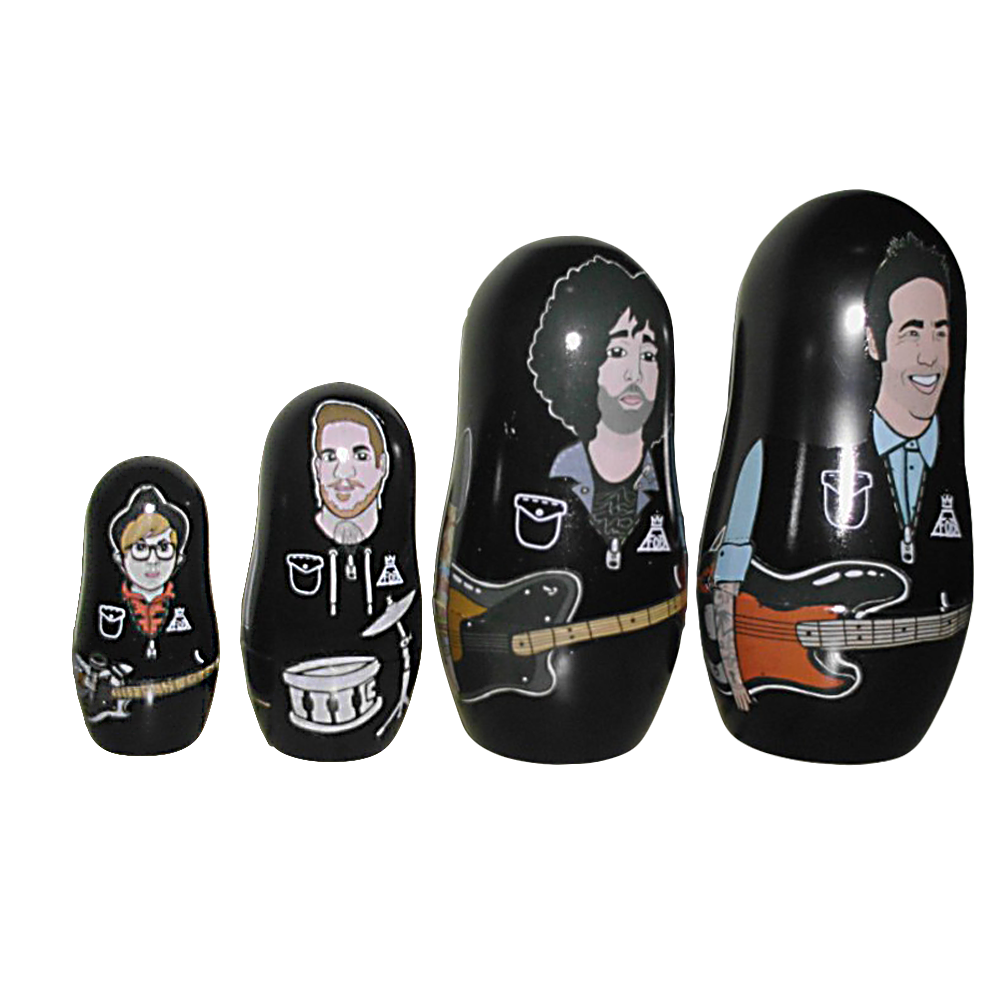 Do you ever come across a piece of band merch and wonder, “How the hell did they even come up with this?” Those were the exact words running through my head when  I looked  through Fall Out Boy’s updated merch store last Christmas and came across these nesting dolls. Of course, Patrick is the smallest one–any coincidence that traditionally, the smallest doll is the baby? While it’s not the kind of merch you can wear proudly and show off to the world, Fall Out Boy nesting dolls are perfect for sitting on your desk, ready to start what’s bound to be an interesting conversation with your friends or coworkers. (Emily Yee)

I The Mighty
green tea sets 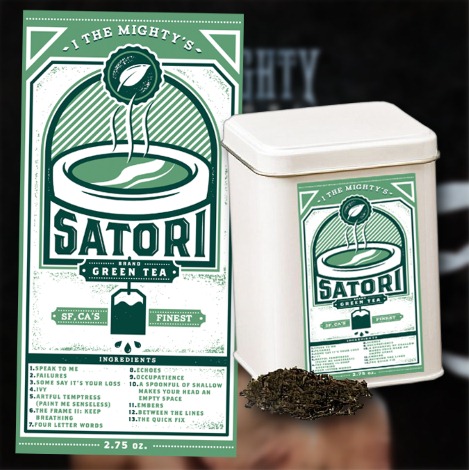 I love tea. I also love I The Mighty. But I The Mighty brand tea? Even I can recognize that’s a little bit ridiculous. Accompanying the release of the band’s debut full length Satori last year, I The Mighty released a variety of cool merch items, including Satori green tea and a pretty cool chalkboard mug (sold separately). On one hand, this is right up my alley. Awesome bands and awesome tea–it’s a match made in heaven. Still, dropping $20 on a coffee cup and some tea bags is pretty steep (ha, see what I did there). And once the tea is gone, it’s gone for good, so you’re not even paying for a lasting product. It’s a cool idea, and certainly a unique one, but if I’m going to choose whether to pay for tea or the record, the music is going to win every time. If you’re a tea/I The Mighty fan and do decide to opt for the green tea set (which is still available in their merch store, I might add), at least you have the cool commemorative tin, which will last forever and will likely be a good place to store your future tea purchases. (Hannah Pierangelo) 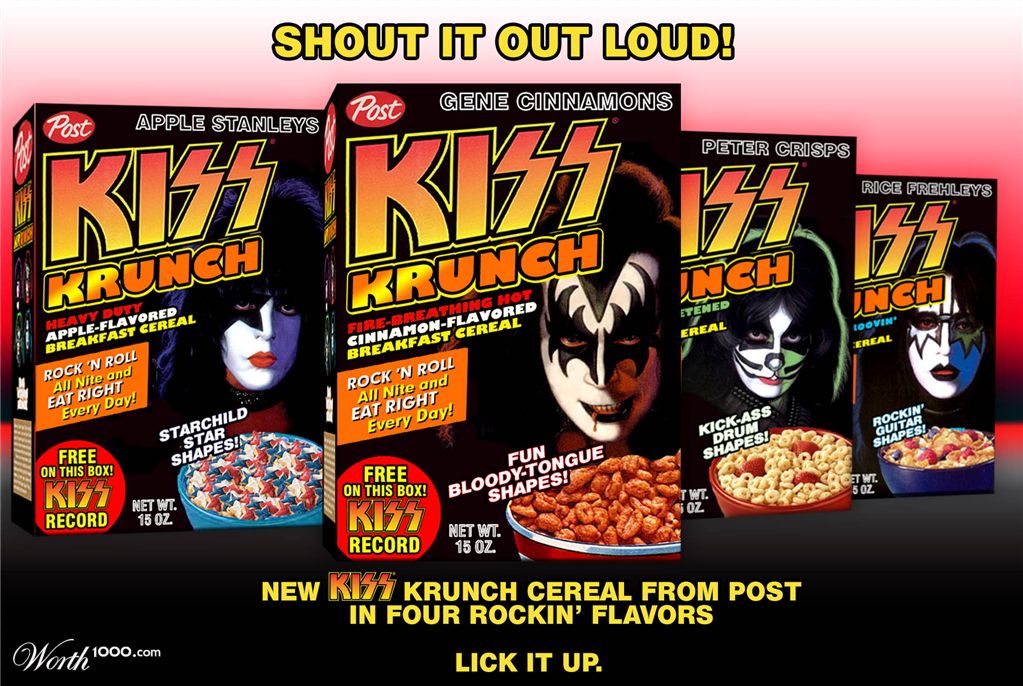 KISS is a band known for being plastered on every piece of merchandise they can get their hands on, so nothing really comes as much of a surprise. Everyone’s heard about the KISS casket, but even I had to raise an eyebrow when I found out they had their own brand of cereal. “KISS Krunch” was a rice cereal that had candy pits which each were a letter of the bands name. The KISS empire has blossomed from a rock and roll band to a nostalgic memorabilia store, much along the lines of a hotel gift shop and this sugary breakfast delight has become the proverbial cherry on top. (Joseph Britton) 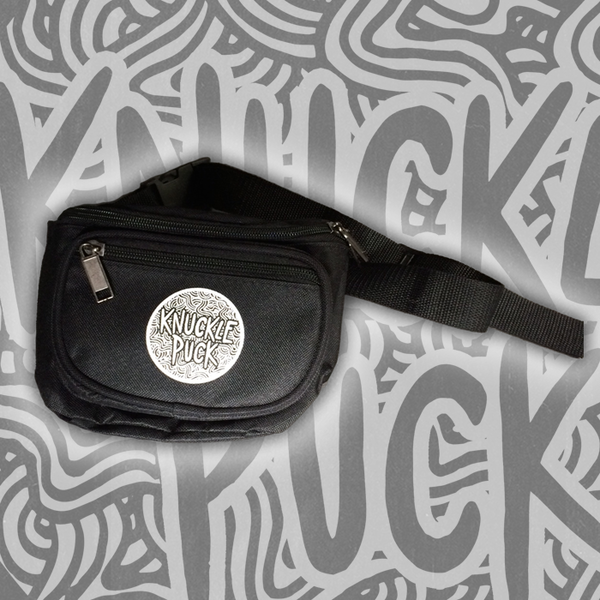 As a part of their release of their newest EP Oak Street,  Knuckle Puck may have done the coolest thing ever. With pre-order packages, fans had the option to order a fanny pack as part of one of the bundles. Fanny packs are  a thing of the past that are hard to find anywhere but Etsy and–with the right luck–your local Goodwill. Knuckle Puck are bringing sweet sweet nostalgia to a mailbox near you with this item, and these Illinois natives definitely set themselves apart by bringing back something that we never thought would see the light of day again. This merch item also fits in well with their music. The 90s brought punk rock music to the mainstream, giving bands like Green Day and Blink 182 their big break, and Knuckle Puck incorporates the definite rawness of the late twentieth century’s sound within their music as well. The Knuckle Puck fanny pack bundle brings together two influential primes of the 90s, and who doesn’t love a good throwback? (Morgan Hays) 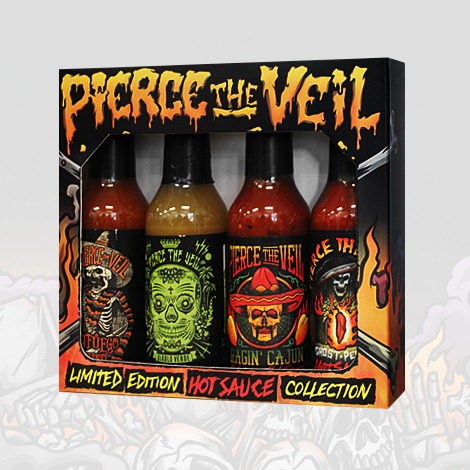 Never has a band stuck to their heritage as  much as Pierce The Veil. Described by fans as “mexicore”, their ethnicity has always found its way into their career, and quickly became a trademark of the Pierce The Veil name. So did it really surprise anyone when the band released their first bottle of hot sauce? As strange a product as the fiery seasoner might be, it only seems natural that it would call Pierce The Veil’s merch site its home. Now with an entire line under the the strange listing of “accessory,” you’re equipped with the perfect, practical gift for anyone in your life that leaves an underlying message of great tunes right on their kitchen counter. (Emillie Marvel) 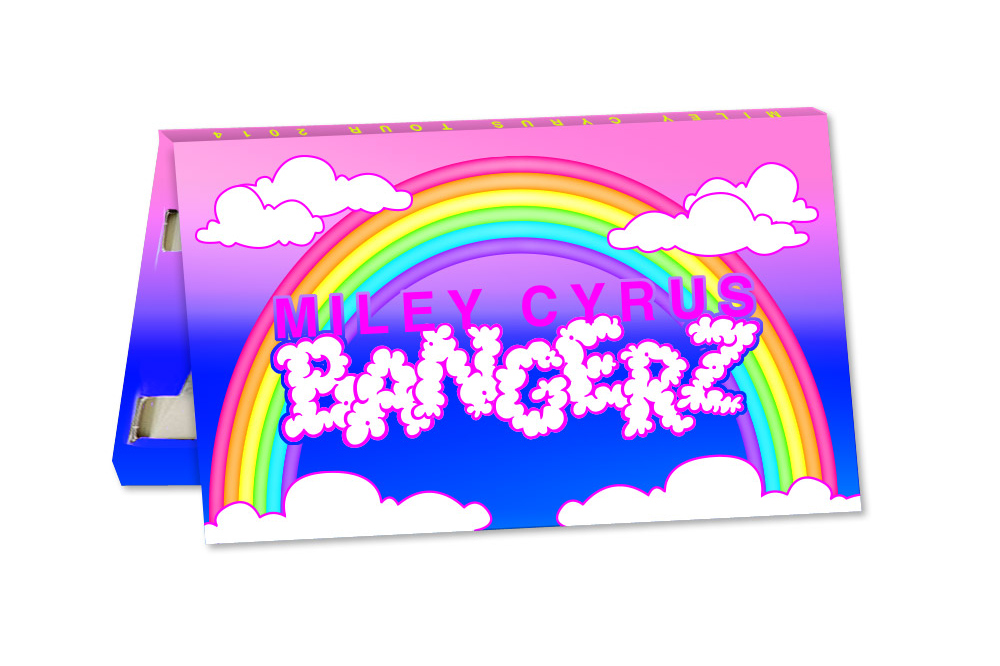 As if Miley weren’t strange enough for wearing a marijuana leaf leotard thong, grinding a hot dog, or performing pseudo-fellatio on a Bill Clinton impersonator, she also had pot memorabilia in store for her 2014 Bangerz tour. Miley teamed up with Shine Papers to create her own “Bangerz” 24-karat gold leaf rolling papers. Fans could purchase a twelve pack for the modest price of $65 or opt for the two freebies included with the purchase of her tour book. Miley openly acknowledges her cannabis craze–and she’s clearly encouraging fans to roll a fat one just like her. (Ethan Rose)

The Story So Far
grinders 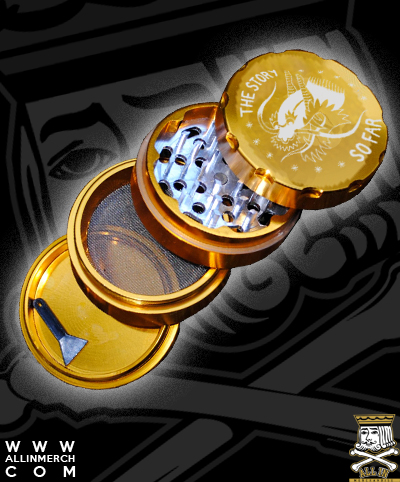 Besides their aggressive brand of pop punk and staunch defense of crowdsurfing fans, The Story So Far is probably most well-known as that band where the majority of the members are high literally all the time. They’ve openly admitted in past interviews that they write high, they record high, and they play high; Parker himself admitted he didn’t “record one vocal sober” on Under Soil and Dirt. About a year ago, the Bay Area-based band decided to spread the hometown recreation to everyone and released The Story So Far grinders. Due to high demand, I’ve never been able to cop one of these at a show (for a friend…), but you can still grab one version here. It’s a tad bit expensive, but the price isn’t the only thing that’ll be high, right? (Catherine Yi) 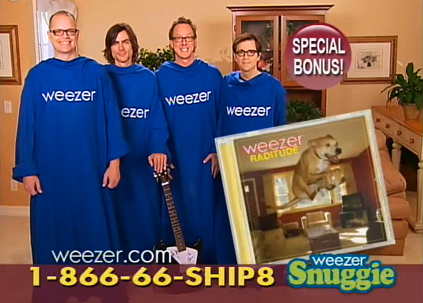 Weezer are a band well known for embracing the weird and wonderful, and they’re not afraid to admit they’re much happier slouching about like the rest of us, watching Netflix marathons instead of going outside and partying. So what could be better than listening to their 2009 album Raditude all nice and warm, wrapped  up in your…Weezer snuggie? “Creatively” named the Wuggie, if you don’t have one already, it’s a pretty safe bet you’re currently feeling the need to  own one right now. Even better, it came with a free copy of Raditude…bargain, am I right? Coming from an album whose cover is a flying dog, what more can you expect? Personally, I think they’re a great idea and a piece of merch that is genuinely practical for us indoor people–but if you’re not convinced, be sure to watch the accompanying infomercial. Next time you’re wondering if you want to let it all hang out, or you can’t stop partying while tripping down the freeway, the Weezer Wuggie is the answer. (Alex Bear) 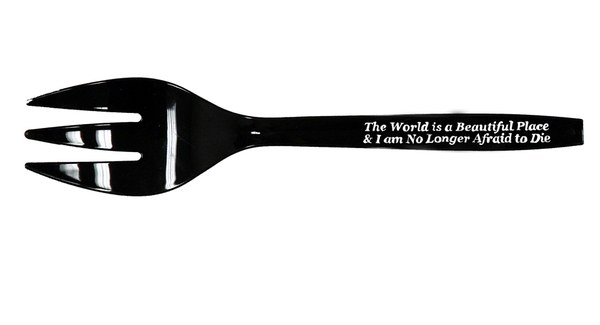 When a nine-piece band has more letters in their name than members, you know you’re in for something ridiculous –  but The World Is A Beautiful Place & I Am No Longer Afraid To Die truly outdid themselves with this one. The story goes a little something like this: one day, guitarist Derrick Shanholtzer got really high and discovered that he could order TWIABP-branded plastic forks –  so naturally, he did just that, putting them up in the band’s merch store for $4.20. Not only did the forks sell out in a matter of hours, but the store managed to accidentally over-sell the original order of 100 forks and the band had to place a second order (which promptly sold out as well). The world is a beautiful fork and I am no longer afraid to dine. (Eleanor Grace)

Tags: Fall Out Boy, I The Mighty, Kiss, Knuckle Puck, Miley Cyrus, Pierce the Veil, The Story So Far, The World is a Beautiful Place & I Am No Longer Afraid to Die, Weeer