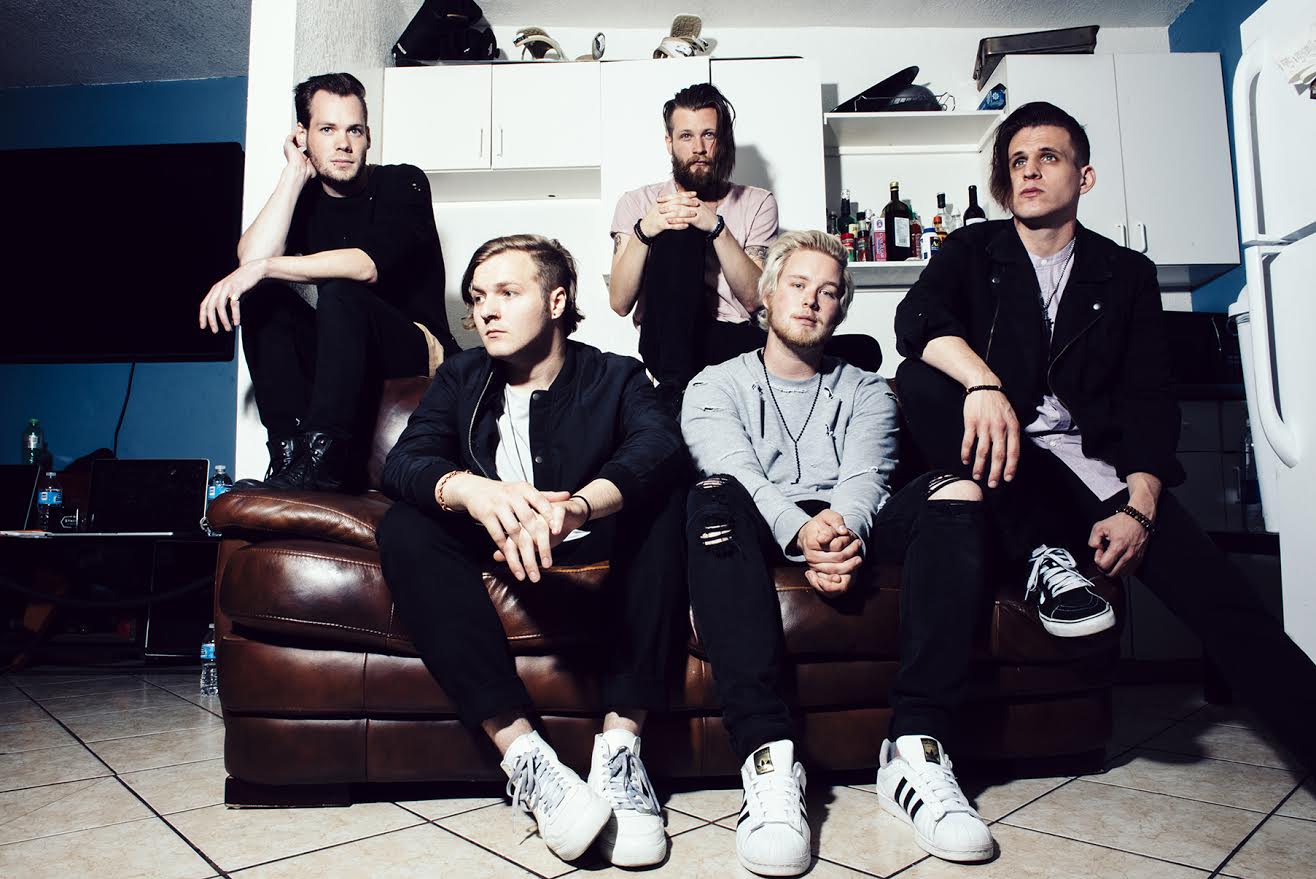 The year is 2017. Self-heating coffee mugs are here, cute pets and memes rule the internet, and you’re about to discover your next favorite band. Hitting the ground running since their formation in 2013, Too Close To Touch have put out an EP and not one, but two full-length records in the space of two years. They’ve also toured with Emarosa, I The Mighty, PVRIS, Hands Like Houses, as well as playing Warped. So yeah, blink and you’ll miss this band, the rate they’re headed for the big leagues with every new release. You’ve got a lot to catch up on, so sit down, pay attention, and quickstart your Too Close To Touch fan-career with our handy idobi 101.

Level one: Complete. By now you’ve hit play on Haven’t Been Myself, and then hit repeat (a few times over). You’ve progressed onto their debut record Nerve Endings, and dug into their self-titled EP. Each new track you hear reaches deep into your soul, giving voice to feelings you didn’t know how to express before. You haven’t air-guitared round your room as much as you have lately, and your throat hurts from screaming along to all the epic choruses. You’re officially hooked—there’s no turning back now. Level two: Time to learn your guitarists from your drummers, your singers from your bassists. Read on to find out who’s who in Too Close To Touch.

Needs to hire a PI to investigate his phone…

Has exceptional taste in art:

Is older than Mother Nature herself:

Back when I was a kid, they didn’t have all this weather nonsense

Has an impolite alter ego:

My drunk self likes to mess with my sober self.

Likes to reminisce about simpler times:

I remember a time when everyone just wanted to be someone’s number 1… on their MySpace top 8. Times sure have changed.

Should have stayed on the playground:

Idea of a perfect date:

Not a fan of #FirstWorldProblems:

Typos are killing me today ????

Feel free to badger him about how he keeps his mustache in such pristine shape:

Is living his best life:

Finished packing for tour at 2:45 a.m. the night before leaving.

Procrastination is a lifestyle.

Has more #squadgoals than T-Swift:

Says what we’re all thinking:

We’ve already established you’ve started many a moshpit in your bedroom over this band (and you have the broken bedside lamp to prove it). Your Tumblr is full of pretty graphics featuring lyrics that mean more and more to you every day. You’re Too Close to attaining the coveted superfan level, and now you want to experience their music in a live setting where you’re almost able To Touch them (but y’know…don’t. Respect their space. Go be weird over there).

So you get yourself and your best plus-one tickets, and spend the lead up planning, military-style, so you don’t forget anything—including (but not limited to): your homemade banner, your favorite TCTT beanie, your sharpies (in case you happen to run into the band). You barely sleep the night before, but that’s okay because you’ve got more than enough energy for the whole room. And that room is exactly like you pictured it; lit up by UV stage lights, filling up fast behind you (because of course you made the barrier), powered by a buzz of anticipation. You roll your eyes and smirk at the “no crowdsurfing” signs because you know as soon as the bass kicks in, this place is going to go insane. And with good reason—Too Close To Touch are about to take the stage, and you’re finally here to see it. Aren’t you?

Tags: Too Close To Touch, waterparks