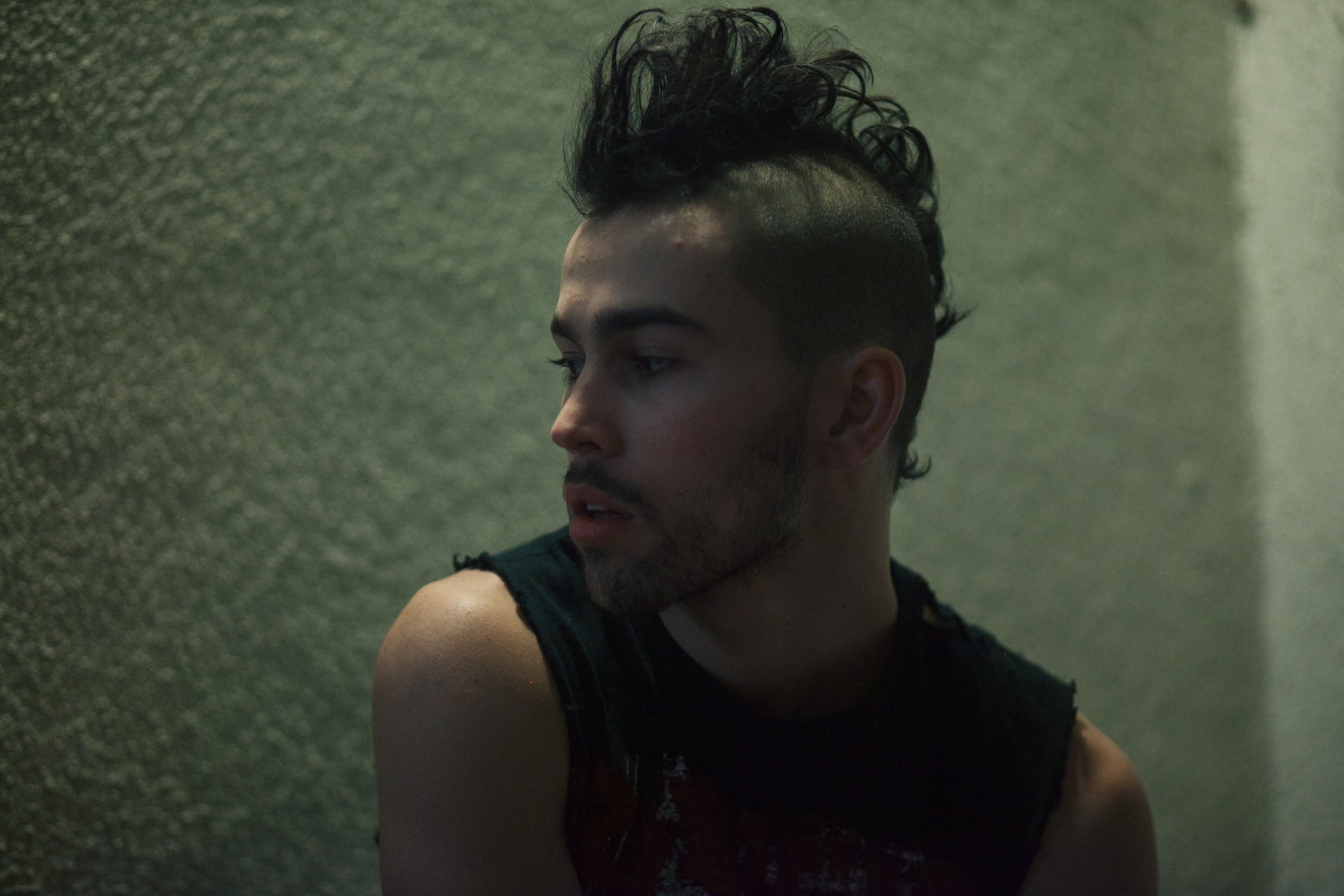 “I grew up in a very different Hell’s Kitchen, but this city, this neighborhood, very much influenced my music and who I am.”

They say you never really appreciate your hometown–each day, thousands of tourists flock to the biggest cities in the world, while you pass by absent-mindedly, perhaps throwing an annoyed glance at the awestruck tourist pausing to take a selfie in front of a tired landmark. Growing up in London, I’ve always loved my city, yet yearned to escape to the taller skylines and the sleepless bustle of NYC. And I’m not alone. Over 3000 miles away and a few time zones apart, New York is a pipe dream for many. For MAX, aka the charming and quadruple threat pop singer/actor/dancer/songwriter Max Schneider, the dream is very much a reality. His hometown of Hell’s Kitchen in New York City was where everything began, and for him there’s no place like home. MAX showed me his Hell’s Kitchen and took me on an audiovisual tour of the streets he walks everyday.

When he calls, it’s already the evening where I am, and he’s about to sit down for breakfast. He’s just woken up–it’s the first time he’s slept properly in days and he is clearly refreshed. The leadup to release day is finally coming to an end, and the fun begins. His new album, Hell’s Kitchen Angel, is on the verge of dropping and fans everywhere are about to be taken on the ride of their life. But if he’s nervous, he doesn’t show it. He’s sat in his mom’s apartment in the very town his album is named after–where he was born and raised. He jokingly clarifies that his album is not, in fact, named after Gordon Ramsay’s Hell’s Kitchen, or Daredevil, not even Jessica Jones–and comments, “it’s really interesting to hear that a lot of people didn’t know that this neighborhood is a real neighborhood in New York.” 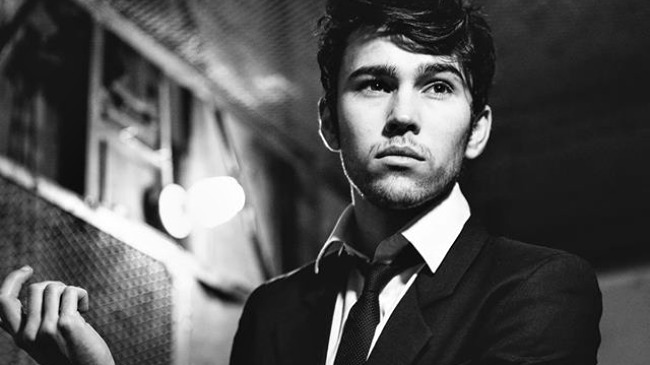 MAX assures me Hell’s Kitchen is a wonderful place to visit, and then enthusiastically embarks on a list of recommendations on places to eat, should I find myself in the area. Rattling off a bunch of nearby places like the bakery Amy’s Bread and Thai restaurant Room Service with the ease of a true native, you can hear the pride and comfort from being in his element. “I didn’t get my driver’s license until I was 22 because here you take the subway, you walk around.” It’s the best way to get to know a city, from the streets up. And he knows it well, painting a vivid picture that would give a travel agent a run for their money. But it wasn’t always this way; up until a  few years ago there was a much darker side to the neighborhood. “If you weren’t Irish and you were walking down the block they’d turn you right around and didn’t want you coming in. Now obviously it’s a whole other world, it’s very gentrified.” The area’s rich history is something Schneider recognizes the importance of. “It’s still got that grit though, there are still parts of Hell’s Kitchen that make you realize where the name came from, which is cool.”

On MAX’s upcoming tour, he wants to throw basement parties across the country, to make the planned documentary-style music video for it feel more authentic. “We wanted to make sure that it was a real thing that we went for.”

It should come as no surprise that the title track is the most obviously connected with his neighborhood and its contrasting nature. The song, he explains, is about meeting a girl on the A train which goes straight into Hell’s Kitchen. But while it’s an edgy lovesong on the surface, it represents the city as a whole. “That song was really about how it was for me in a nutshell growing up in this neighborhood and this city and how I met a lot of the people.” Those relationships MAX has built with friends, loves, and fellow creators are incredibly important to him–we spend a good ten minutes discussing his collaborations with Tim Armstrong of Rancid and White Sea of M83, and he’s nothing but appreciative. You can hear his openness to explore and collaborate with any and all tastes on his record. “For me it’s not always the genre, [but] more so the energy and the soul behind it.” Citing soul greats like James Brown and Stevie Wonder as influences, to listening to a lot of Billy Joel growing up, he changes pace and states, “Frank Ocean’s Channel Orange is probably one of my favorite records ever and I listen to it every time I’m on an airplane, it never gets old. Every song has such unique flair and yet is so honest.” 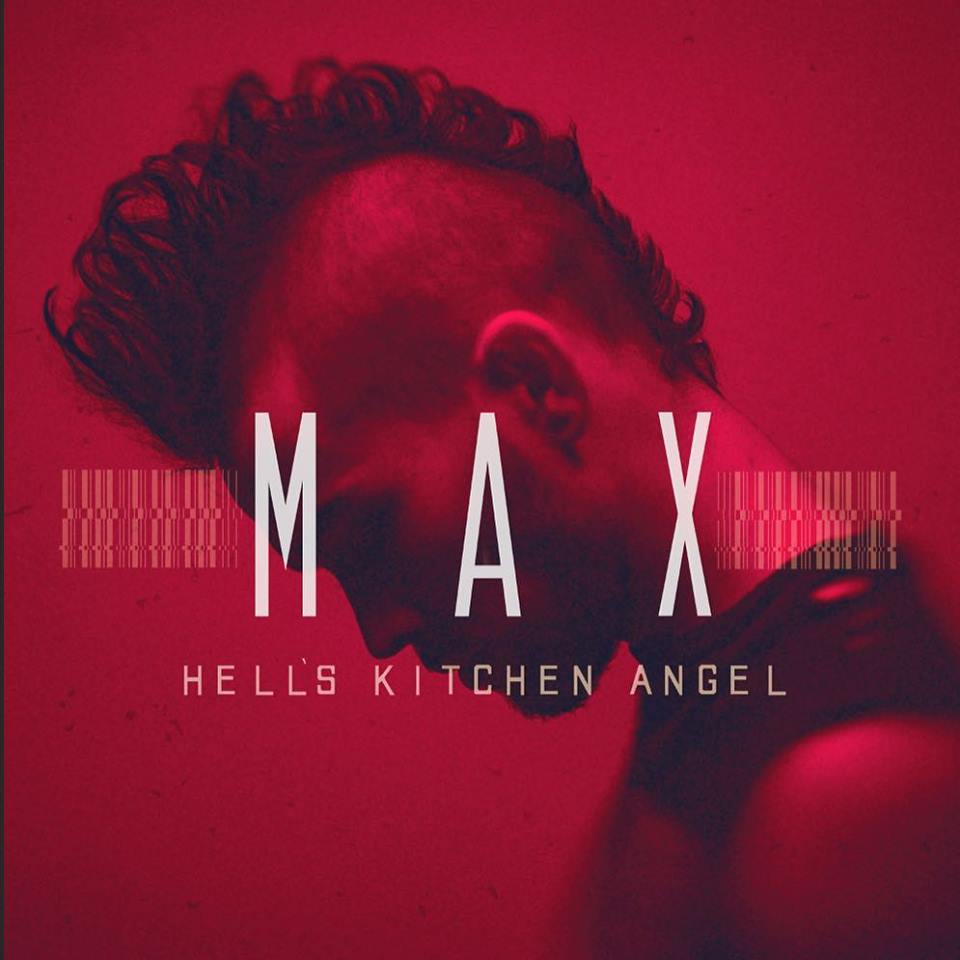 Honesty is a big part of Schneider’s approach. Nothing seems to phase him; though he talks faster than a sports announcer, it’s easy to tell he’s relaxed and comfortably on his game. And it shows on his songs; even with the insanely fun new single “Basement Party”, which is all about throwing parties at his house growing up in the city, he’s already thinking about how to make the experience of the song and its performance as honest as possible. “I really want to bring this song to life, so I’m excited because it’ll be sort of a new live experience that we haven’t done before,” he says. On MAX’s upcoming tour, he wants to throw basement parties across the country, to make the planned documentary-style music video for it feel more authentic. “We wanted to make sure that it was a real thing that we went for.”

“I never want it to seem like an act with my own music, I always wanted to be clear that it’s coming from me and it’s all me; I’m not trying to portray something I’m not.”

Live performance is everything for him, because it allows him to be as honest as possible. And Schneider is no stranger to the stage. Growing up he acted on screen and on Broadway, appearing in the likes of Nickelodeon film Rags to the more recent Law & Order: SVU; and while there’s definitely elements of both acting and music that cross over into each other, he likes to keep the two worlds as separate as possible. “Acting is so much about diving into another person and trying to portray them in the most truthful way possible, whereas music is all about getting to a point where you can be the most vulnerable about yourself in the most truthful way.” He doesn’t shy away from mentioning his past acting roles, but he’s keen not to let it affect his music. “I never want it to seem like an act with my own music, I always wanted to be clear that it’s coming from me and it’s all me; I’m not trying to portray something I’m not.”

Often growing up in the spotlight means it’s harder to convince people to look past their first impressions. “People like to put you in a box so often which is inevitable,” he admits. But his music refuses to be pigeonholed so easily. In fact, trying to describe his genre of music can induce quite the headache–although he assures me it’s “definitely pop”, pausing to add in, “and I hope it’s the pop that people like to listen to.” So from an outside perspective it may seem an unusual choice for a pop artist to sign to Pete Wentz’s label DCD2, but given the wide range of crossover taste on the label, and MAX’s connections to the alternative scene, it makes a whole lot of sense. 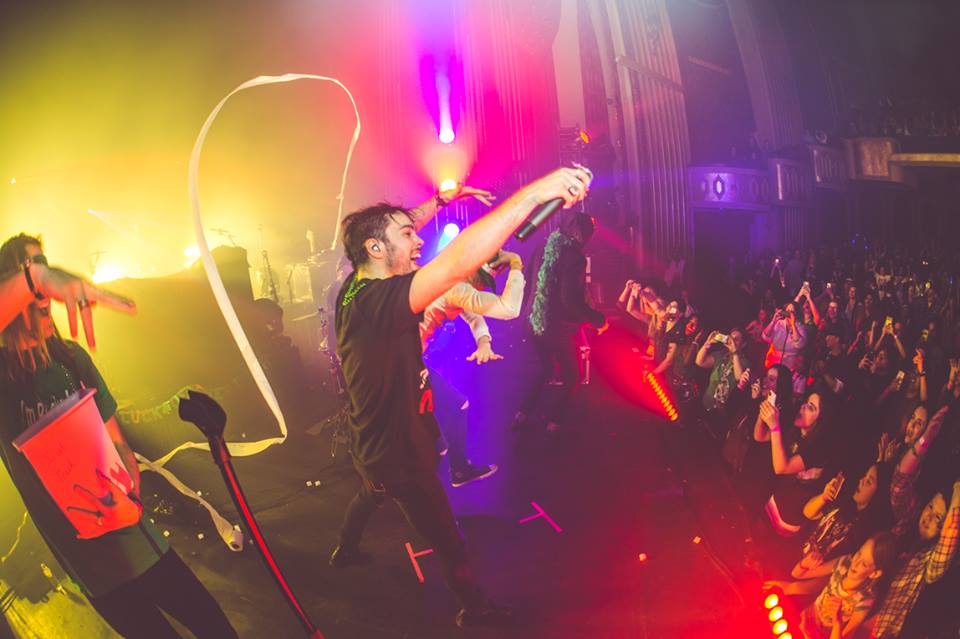 This refusal to be restricted to one scene has led to a wide range of tour mates, including opening on the Boys of Zummer tour for Fall Out Boy and Wiz Khalifa. He’s clearly grateful to be able to play to such huge and diverse crowds, but recognizes that it takes hard work to be an opening act, and the value of it. His goal is just to get people listening and out of their comfort zone, even for a few minutes. “If I could connect with people who’d never seen or heard of my stuff and then after the show they said to me “yo man, I’m gonna check out more of your stuff, that was awesome, I’m a fan now”–that’s the greatest gift ever after a show.”

“It’s all about the experience I’ve had in this city, this neighborhood, and all over the place. And when it brought me to other parts of the world that influenced me as well, but I always have this city in my art.”

The same goes for songwriting; MAX approaches each track with an open mind, and works best when he has other people to bounce ideas off of. “The concept or the melody, it comes from a small place, and then I bring it into the room with the collaborator and then we expand on it.” He feeds off the energy in the studio, and also onstage–the majority of his songs are written with the live performance in mind. “My favorite thing in the world is performing live, so, oftentimes when I’m writing a song I’ll envision what it’d be like to perform in front of a crowd.” But this album has encouraged him to step out of that headspace and experiment. He confides, “I’m really interested to see what ’10 Victoria’s Secret Models’ is like live, because it’s one of the only songs that I didn’t think about what it would be like live when I was writing it with Patrick from Fall Out Boy.” 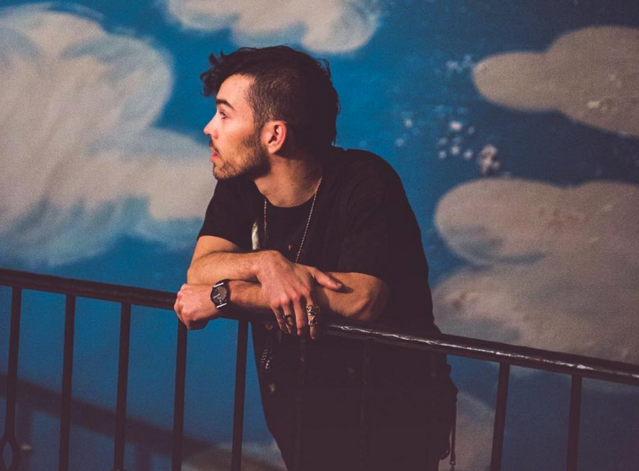 Bringing in so many different influences from a range of places and collaborators never detracted from his sound and concept, only added to it. “When you write a song, your environment is very much influential to what you write about and what the vibe is like,” he muses. He split his time recording across several studios in both New York and Los Angeles, which, he pauses to reflect, “is kinda crazy because I just realized that it was just about half and half. [The studios] were really all over the place which I definitely think influences the sound and the vibe, but then it always stays sorta in the same path of what I really want the vision as a whole to be like.”

No matter where he writes, records, or tours, Hell’s Kitchen will always be home. And Hell’s Kitchen Angel is the greatest tribute possible. “It’s all about the experience I’ve had in this city, this neighborhood, and all over the place. And when it brought me to other parts of the world that influenced me as well, but I always have this city in my art.”

Pick up a copy of Hell’s Kitchen Angel here, and  tune in to hear MAX play his brand new album in full tonight at 6PM ET, only on idobi Radio!